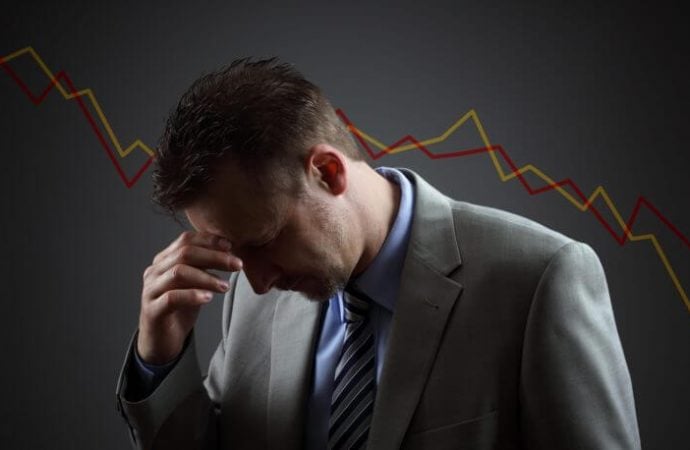 Trading is potentially lucrative but losses and poor decisions are part of the game. Some choices can result in spectacular losses. Here is a countdown of the top 10 worst ever trade decisions.

Coming in at 10th place is German engineering and metals firm Metallgellschaft who in 1993 was on the brink of bankruptcy after losing on speculative bets. Under the leadership of CEO Heinz Schimmelbusch, the firm bet on an oil price increase in oil futures markets but the oil price dropped instead and Metallgesellschaft lost over $1.3 billion.

Robert Citron was Treasurer for Orange County, California. In 1994, he was counting on interest rates remaining low and leveraged bond investments. At one point he was able to achieve a 292% leverage. Unfortunately for Citron, the rates increased. Orange County lost $1.7 billion and was forced to file for bankruptcy.

Beginning in 2008, Kweku Adoboli, who was a director on UBS’s Delta One desk, started using the bank’s money for unauthorised trades. Adoboli hid the risky trades using falsified information, exceeded the bank’s per-employee US$1 million daily trading limit, and failed to hedge his trades against risk.  The trades wiped off $4.5 billion from the bank’s share price and resulted in losses over $2 billion, the largest unauthorised trading losses in British history.

In 2008, Aracruz was the world’s largest bleached eucalyptus-pulp producer. In an effort to hedge against a weaker dollar using forex options, the firm bet that Brazil’s real would appreciate. The Brazilian real ended up tanking and Aracruz lost $2.5 billion.

Sumitomo Corporation is one of the world’s largest general trading companies. In 1996, Sumitomo’s chief trader, Yasuo Hamakana, who was known for his aggressive trading style in the copper market and dubbed “Mr Copper”, unsuccessfully attempted to corner the market. He lost $2.6 billion in copper futures.

Back in 1998, John Meriwether’s hedge fund Long Term Capital Management leveraged up 100:1 on Russian bonds. Consequently, Russia defaulted on the bonds and the fund lost $4.8 billion in a few months.

In 2006, Brian Hunter, co-head of Amaranth’s energy desk, believed that the 2006-2007 winter gas prices would rise relative to the summer and fall prices. He went short on the near summer/fall natural gas futures and long on the winter ones but the market took a sharp turn against this view. Amaranth took a $6.6 billion loss and had to be dissolved.

Jerome Kerviel, a trader at French bank Société Générale, lost the bank $7.2 billion through arbitrage of equity derivatives. Throughout 2007, Kerviel traded profitably in anticipation of falling market prices but ended up trading far higher than the bank’s market capitalisation.

By the end of 2007, Kerviel was creating losing trades to conceal the €1.4 billion he had generated in profit. The bank uncovered the unauthorised trades and closed the positions over three days beginning 21 January 2008 when the market was experiencing a large drop in equity indices leading to a loss of over $7 billion.

2. JPMorgan Chase, up to $9 billion loss

In the early months of 2012, JPMorgan strongly supported the position that credit markets would strengthen. Bruno Iksil, a trader at JPMorgan who was nicknamed “the London Whale” for his risky trades, took a large position in the credit default swaps market as part of the bank’s “hedging” strategy. By May 2012, investors were concerned about the implication of the European financial crisis and this reversed the initial positive market outlook. JPMorgan lost up to $9 billion.

Howard Hubler lost Morgan Stanley $9 billion on unsuccessful subprime mortgage bets in 2007. Hubler had insight into shorting subprime loans but he offset this by gambling on slightly better mortgages that turned out to be worthless.

These losses show how position sizing and risk management with stop losses should come first before growing capital. Losses are inevitable, but catastrophic ones can be avoided.