Forex Trading: An Introduction to the Power of Market Correlations 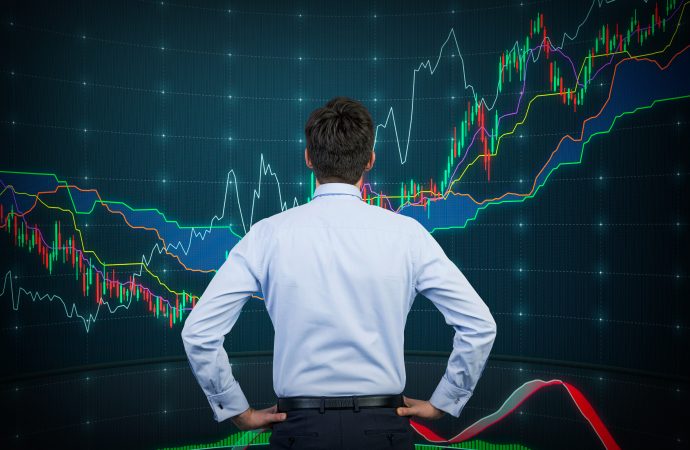 To be an effective Forex trader, understanding the connection, or correlation, between financial markets, is essential.

A correlation measures the relationship between two variables.

In addition to identifying high-probability trade setups in the Forex market, correlations can be used to manage risk exposure. For the purpose of this article, however, the focus will be on the former.

A value of 0 implies no correlation exists.

Figure A displays a basic correlation table for USD/CHF.

Several methods exist to calculate correlation, though most prominent is Pearson’s correlation coefficient, a complex calculation computing the direction and strength of the linear relationship.

Currency pairs EUR/USD and GBP/USD are an example of a close positive relationship. On a daily basis, approximately 70% (+0.70) of the time the two pairs move in similar fashion (figure 1.A – EUR/USD blue – GBP/USD black).

The two markets tend to move in the same direction largely due to dollar movement. Other factors include the euro and British pound serving as two of the world’s major reserve currencies.

On a daily basis, the two exhibit a negative correlation approximately 90% of the time (-0.9), partly due to the dollar factor.

Acknowledging EUR/USD and USD/CHF often display a negative correlation, traders can use this to their advantage.

Figure 1.C shows daily price movement on EUR/USD tested demand, an area drawn from April 2017. Note the test was accompanied by a deep oversold RSI value. However, the demand and RSI signal may not have been sufficient to seduce buyers. Yet, recognising at the same time USD/CHF daily movement also tested resistance, along with the pair’s RSI indicator displaying hidden bearish divergence, may have been enough to tempt either a EUR/USD long off demand or a USD/CHF short from resistance.

Either way a strong correlation signal was present, adding weight to both setups.

The US Dollar Index

The US dollar index, or DXY, measures the US dollar’s value against a basket of six major foreign currencies. Europe’s shared currency (EUR) controls the largest weight in the index at approximately 58%, followed by the Japanese yen (JPY) at 14% and the British pound (GBP) at 12%.

Given the euro’s weight, a strong inverse correlation exists between the US dollar index and EUR/USD. The DXY exhibiting oversold conditions, an indication the US dollar may rally, therefore points to the possibility of a EUR/USD sell. Likewise, a DXY overbought signal indicates a EUR/USD buy.

The methods traders use to construct overbought and oversold signals are trader dependent. Some will favour price action, such as support and resistance levels; others may prefer momentum oscillators, such as the relative strength index (RSI).

Figure 1.D illustrates the negative correlation between the US dollar index (blue) and EUR/USD (orange).

The positive correlation between the Canadian dollar and crude oil (commodity trading) is a popular watch for many USD/CAD traders. Canada is among the top oil producers in the world, producing 5.5 million barrels of oil each day. Due to the demand for oil out of Canada, the Canadian dollar is also sought after. An advance in oil, therefore, tends to boost the Canadian dollar, while a dip in oil prices often weighs on the currency.

Another handy correlation to be aware of is the relationship between risk currencies and global equities. See figure 1.E for a visual daily correlation between the S&P 500 (a market-cap-weighted index holding 500 of the largest companies in the US), the AUD/USD, and NZD/USD. Upbeat risk sentiment often pulls the Australian dollar and New Zealand dollar higher. A drop in sentiment, on the other hand, can weigh on the aforesaid currencies.

One final point to consider is correlations can, and do, change.

Market sentiment and worldwide economic forces change often. For that reason, traders are urged to monitor correlations closely; it could mean the difference between a winning and losing portfolio.

To make life easier, traders may want to consider our MT4 Trader Toolbox, offering a number of advanced trade assistance apps, including a correlation matrix. The Correlation Matrix shows the correlation between symbols over a configurable timeframe and the number of bars, for example, the last 100 H1 bars.