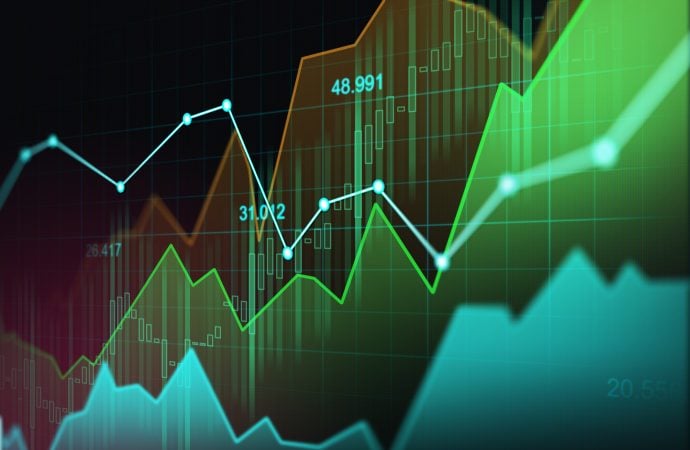 Dollar movement Tuesday—according to the US dollar index—finished considerably off session lows (93.05), forming what many technicians label a hammer candlestick pattern on the daily timeframe (bullish signal). EUR/USD, given its negative correlation with the DXY, concluded in the shape of a shooting star candle pattern on the daily chart (bearish signal).

The economic calendar offered thin pickings, though US housing starts (number of residential buildings that begun construction) came in at a little over $1.6 million (seasonally adjusted), beating economists’ forecasts of $1.55 million. On tap today, of course, is the much-awaited FOMC meeting.

Through the lens of a technical trader, EUR/USD charts are interesting.

An additional technical observation out of the H1, supposing $1.1715 intraday lows maintain grip, is the prospect of a bearish AB=CD pattern forming at $1.1762 (marked by way of a 100% Fibonacci projection). Fibonacci fans will also note a neighbouring Fib cluster around $1.1756 (61.8% and 38.2% Fibonacci retracements).

Technical studies on the bigger picture reveal price movement hovering north of prime support at $1.1473-1.1583 on the weekly timeframe. Gleaning additional technical confluence through a 100% Fib projection at $1.1613 and 1.27% Fib extension at $1.1550, this base remains a key watch, long term. With respect to trend on the weekly chart, the market has largely been bullish since the early 2020.

Should H4 resistance at $1.1742 continue to command position, a test of the H1 timeframe’s $1.17 figure could be in the offing. However, as highlighted in our previous technical briefing, a whipsaw south of $1.17 on the H1 to daily Quasimodo support parked at $1.1689 is a potential scenario. $1.1689 bids feeding off sell-stops below $1.17 could be enough to chalk up a bullish wave.

The Australian dollar eked out a fourth consecutive daily loss against the US dollar on Tuesday. Renewed AUD/USD downside emerged mid-way through London hours, weighed by the US dollar index defending 93.05.

Earlier in the session, the Reserve Bank of Australia (RBA) policy meeting minutes reiterated a similar theme: the surroundings for an increase in interest rates will not be met until 2024[1]. Ultimately, limited price movement followed.

Against the backdrop of shorter-term flow, the weekly timeframe has the currency pair touching gloves with prime support at $0.6968-0.7242. Since printing a two-week recovery in late August, the pair has been fighting to entice fresh bullish interest. Failure to command position from $0.6968-0.7242 opens up support at $0.6673. Buyers regaining consciousness, nevertheless, has prime resistance at $0.7849-0.7599 to target. Trend studies on the weekly scale show we’ve been higher since early 2020. Consequently, the response from $0.6968-0.7242 could STILL be the beginnings of a dip-buying attempt to merge with the current trend.

Interestingly, the daily timeframe’s technical landscape informs traders bids are perhaps thin within weekly prime support, at least until price shakes hands with Fibonacci support at $0.7057-0.7126. Those who follow the relative strength index (RSI) will acknowledge the value journeyed through the 50.00 centreline last week and recently dipped a toe below 40.00. This highlights a bearish atmosphere until making contact with oversold territory.

According to chart studies on the higher timeframes right now, sellers are in the driving seat, and unlikely to give way until daily Fibonacci support at $0.7057-0.7126.

Ahead of key Bank of Japan (BoJ) and FOMC meetings, market sentiment echoed an indecisive tone on Tuesday: global equity indexes closed higher on the session, yet safe-haven currencies also voyaged to the upside.

Considering the weekly timeframe, since mid-July, ¥108.40-109.41 demand has failed to stir much bullish energy. Nevertheless, recognising the area derives additional backing from neighbouring descending resistance-turned support, extended from the high ¥118.61, an advance could eventually emerge to familiar supply at ¥113.81-112.22.

The uninspiring vibe out of weekly demand is demonstrated by way of a consolidation on the daily timeframe between prime support at ¥108.96-109.34 and resistance from ¥110.86-110.27. Range support, as you can see, is currently under pressure, with a breach underscoring potential downside to a concealed Quasimodo support at ¥108.43. Based on the relative strength index (RSI), the value is confined to a similar consolidation (between 40.87 and 56.85) and the indicator is testing the mettle of the lower range limit, as we write.

Recognising H1 Quasimodo support at ¥109.31 was taken, and the daily timeframe’s range support at ¥108.96-109.34 displays little sign of bullish life, further selling additional losses is possible, targeting the H4 double-top pattern’s (¥110.44) profit target around ¥108.71. Still, to reach the aforementioned profit target, sellers must marginally defeat the daily timeframe’s range support and take on any bullish interest from weekly demand at ¥108.40-109.41.

Sterling gripped four-week lows against the buck on Tuesday, pressured amidst a USD recovery phase, as market participants look towards today’s FOMC meeting and also the outcome of tomorrow’s Bank of England (BoE) meet. Many desks forecast the Fed is likely to wait until later this year regarding a taper announcement.

What’s technically interesting about $1.3750-1.3721 is its location on the H1 timeframe: directly above the $1.37 figure. Any technical trader worth their salt appreciates the attention a round number attracts. For that reason, a whipsaw above $1.37, movement stabbing buy-stops, could welcome robust selling from $1.3750-1.3721.

In terms of the higher timeframes, supply-turned demand at $1.3629-1.3456 on the weekly timeframe stepped forward in July. Yet, pattern traders will also note that the $1.3629-1.3456 test simultaneously closed below a double-top pattern’s neckline at $1.3669, broadcasting a relatively long-term sell signal. Conservative pattern sellers, however, are likely to pursue a candle close beneath $1.3629-1.3456 before pulling the trigger.

Behind the weekly timeframe, a closer examination of price action on the daily timeframe reveals Quasimodo support at $1.3609. It’s important to note, nevertheless, the previous $1.3609 reaction (20th August) failed to find acceptance above the 200-day simple moving average at $1.3833, suggesting $1.3609 weakness. Sub $1.3609, limited support is visible until around $1.3168. Momentum studies, on the authority of the relative strength index (RSI), shows the value below 40.00, with subsequent downside pressure to perhaps take in an oversold reading.