Russia and Ukraine Tensions: How This Could Affect Commodity Prices? 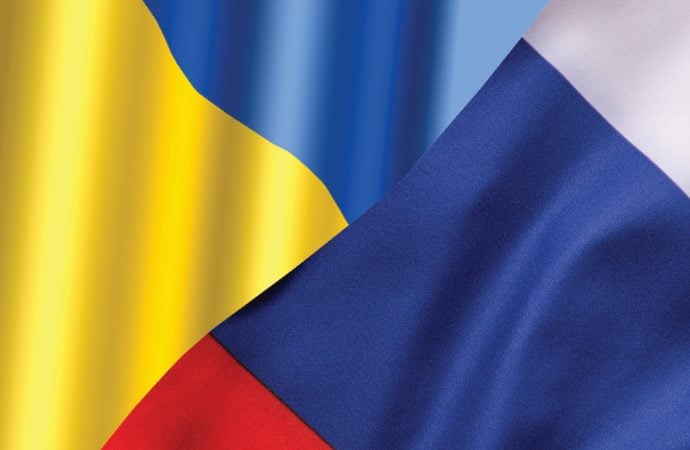 Geopolitical concerns between Russia and the Ukraine remains front and centre for the world, and financial markets. The continued build-up of Russian military across eastern Ukraine’s border led to Russian President Vladimir Putin taking pen to paper on Monday and signing a presidential decree, action recognising the independence of two ‘breakaway’ regions under the control of pro-Russian separatist groups: Donetsk People’s Republic (DPR) and Luhansk People’s Republic (LPR).

US ambassador to the United Nations, Linda Thomas-Greenfield, told the emergency meeting of the 15-member council ‘the consequences of Russia’s actions will be dire across Ukraine, across Europe, and across the globe’. The ambassador added that ‘He [Putin] calls them peacekeepers. This is nonsense, we know what they really are’[1].

Ukraine recently advised its citizens in Russia to leave, with Ukraine’s president Volodymyr Zelenskiy also calling on its country’s reservists as the threat of war between Russia and Ukraine has increased exponentially.

A full-scale Russian invasion would be a catastrophic event, affecting the many lives. Hopefully, diplomacy can still win the day.

Brent crude, considered by many to be an oil benchmark, clocked highs just shy of the widely watched $100-a-barrel mark on Tuesday before withdrawing to around $97 a barrel. West Texas Intermediate (WTI) oil eased from a high of 94.90 a barrel.

Both markets have been entrenched within a decisive uptrend since pandemic lows of March 2020 (Figure A). Many analysts note the possibility of higher prices in the event of an invasion due to the disruption of Russian oil shipments. It is important to bear in mind that Russia is a major producer of oil[2].

Oil, as well as natural gas (In 2021, Russia exported around 55.5 billion US dollars’ worth of natural gas to other countries worldwide[3]), are not the only exports that are affected. Additional hard and soft commodities are feeling the sting.

Russia is among the top 3 leading producers of gold, according to the World Gold Council[4]. The price of gold witnessed healthy gains over the past three weeks, touching a high of $1.914 per ounce. Underpinned amid safe-haven demand, the precious metal breached a long-term weekly symmetrical triangle, indicating the possibility of further upside (Figure B).

According to Statista[6], Russia is also among the biggest wheat producers in the world, exporting approximately 75,500 million metric tonnes of wheat in 2021. Putin’s acknowledgement of rebel Ukraine regions and Russian forces entering Ukraine amplifies fear of war, consequently elevating the price of wheat on Tuesday, adding an eye-popping 6 percent—its largest one-day advance in more than 3 years (Figure C).

Given Russia’s presence in the wheat market, at a time when prices are already nearing multi-year highs, further escalation is likely to lead to a disruption in prices and could unleash a spike higher in soft commodities, such as wheat. 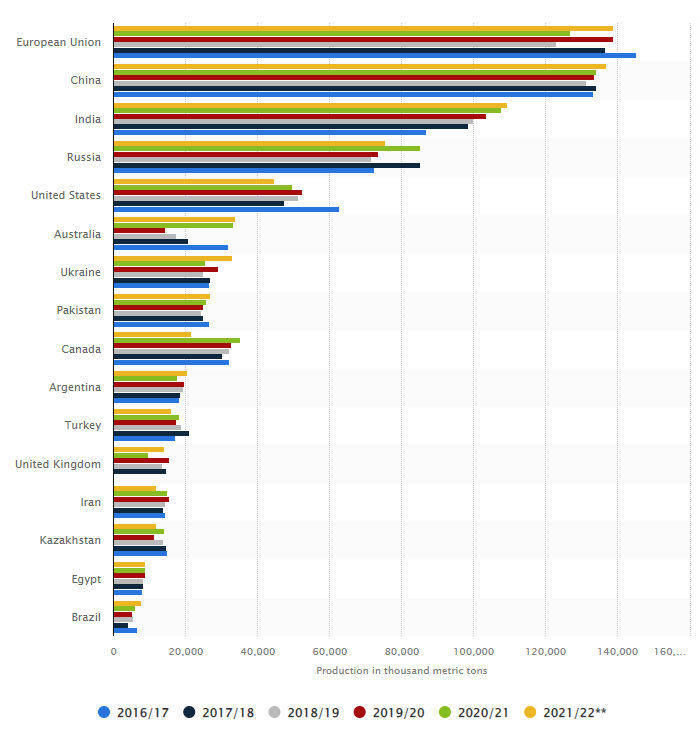 Operating since 2005, FP Markets is a fully regulated global CFD and Forex broker. We offer traders and investors the key to a broad range of financial markets, including foreign exchange—think popular currency pairs such as the EUR/USD and USD/JPY—individual shares, indices, cryptocurrencies and commodities.

With the trading and investing spotlight remaining firmly on the commodity complex right now, FP Markets continue to strive for ways to evolve and expand the product range. As a result, we’re growing our commodity offering, delivering a range of soft commodity financial instruments, such as Corn (Corn/USD), Wheat (Wheat/USD), Soybeans (Soybeans/USD) and Cocoa (Cocoa/USD).