Central Banks Were Front and Centre in Early November 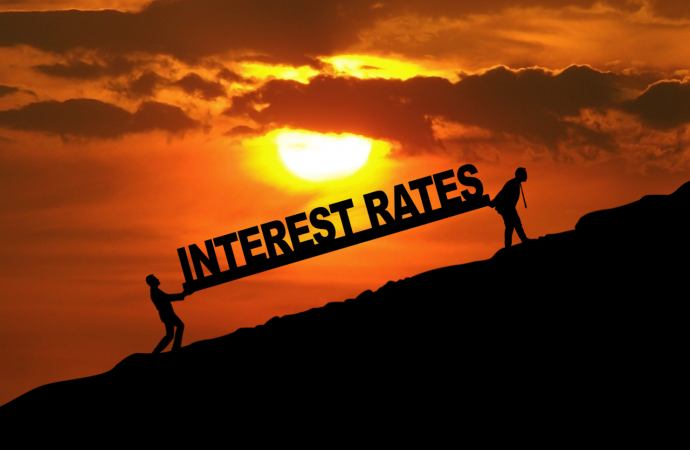 The final week in October watched the European Central Bank (ECB) raise the Main Refinancing Rate by 75 basis points to 2.00%, its second successive 75 basis-point increase. This was followed by a rise in annual inflation on, of all days, 31st October. Euro area annual inflation rose 10.7% in October on a year-over-year basis, up from 9.9% in September, refreshing record-high levels. Core inflation (excludes energy, food, alcohol and tobacco) also advanced by 5.0% yearly.

For the EUR/USD, the weekly timeframe has exhibited a dominant downside bias since 2021 and support at $0.9606, albeit welcoming buyers in late September, echoes a vulnerable tone. Weekly support from $0.9241 calls for attention should current support give way. Supporting the bearish vibe is the daily timeframe recently denying the underside of resistance at $1.0090, aided by the relative strength index (RSI) rejecting long-term indicator resistance between 60.00 and 50.00. Familiar resistance-turned-support on the daily consequently remains on the radar in November at $0.9573.

Tuesday (1st November) saw the Reserve Bank of Australia (RBA) increase the Cash Rate Target by 25 basis points to 2.85%, its highest since 2013. As we closed out October, the annual inflation rate in Australia climbed to 7.3% in Q3 of 2022 from 6.1% in Q2, according to the Australian Bureau of Statistics. This is the highest quarterly inflation reading since 1990.

The Australian dollar witnessed a rebound into October’s end versus the US dollar, consequently printing a monthly doji indecision candle, a whisker north of a weekly demand area at $0.5975-0.6166. However, the AUD/USD has been entrenched within a bear trend since 2011 and, since early 2021, has also been dominantly lower. Therefore, further weakness is likely on the table for the currency pair, targeting daily support of around $0.5990, sat just within the lower boundary of the noted weekly demand zone.

The FOMC took the lead on Wednesday (2nd November) and, in what was a unanimous decision, delivered another super-sized 75 basis-point hike, pulling the Federal Funds Target Range to 3.75%-4.00%. This means that since March, the FOMC have raised rates by 375 basis points. Initially, the FOMC statement echoed a dovish tone, which markets seemed to have overreacted to, underpinning major US equity indices, and guiding the US dollar and bond yields lower. However, shortly after, a swift reversal unfolded in response to a hawkish presser from Fed chair Powell. He noted:

‘It is very premature to be thinking about pausing rates’.

Futures markets are currently pricing in a 61.5% probability of a 50 basis-point hike in the December meeting and a 38.5% chance of another 75 basis-point increase.

The US Dollar, or Dollar Index, finished October lower, snapping a four-month bullish phase. The overall trend, however, remains decisively higher—YTD, the index is higher by 17.6%—with scope to continue pushing northbound in November (and probably into the year’s end) until resistance around 115.00 and 119.07.

Thursday (3rd November) shifted the attention to the Bank of England’s (BoE) Bank Rate decision. Raising its Bank Rate by the most since 1989, the central bank hiked by 75 basis points to 3.0% as expected, the highest since 2008. However, this was considered a ‘dovish hike’. A dovish repricing of interest rate expectations and the BoE stating that it predicts a 24-month recession should rates follow the future rate path that’s implied by the markets right now sent sterling 2.0% south against the US dollar, and 1.3% versus the euro.

Against the US dollar, sterling collapsed to a record low of $1.0327 on 23rd September, pressured following the UK government’s mini budget. GBP/USD fell 3.6% and the FTSE 100 tumbled 2.0% on the day. Yet despite this, GBP/USD staged an impressive rebound in October, adding 3.0% (its largest one-month advance since May 2021) after the BoE stepped in to stem the market turmoil. Year to date, GBP/USD has plummeted around 17.0%,

Overall, the pound is poised for lower levels this year, potentially targeting the record lows mentioned above at $1.0327. Note also that the weekly timeframe’s decision point (supply) embraced price action last week at $1.1751-1.1413, a key zone to keep an eye on as the month progresses.

Despite the Fed’s aggressive tightening policy, Friday’s US employment situation report revealed non-farm payrolls increased by 261,000 in the month of October, according to the US Bureau of Labour Statistics. This significantly beat the market consensus of 205,000, meaning we still have a resilient labour market, which understandably presents a problem for the Fed.

The unemployment rate ticked higher to 3.7%, and the average hourly earnings for the month also printed higher at 0.4%.

Major global equity indices outperformed in October. Japan’s Nikkei 225 climbed 6.4%, the S&P 500 rose 8.0% and Germany’s DAX rallied 10.5%. Chart pattern enthusiasts may acknowledge the potential for several monthly bullish flag patterns. Prominent examples to be mindful of over the coming months are found on the Dow Jones Industrial Average between 36,952 and 32,272 and on the Nikkei 225 between 30,795 and 27,385.

The S&P 500, after rebounding from its 200-week simple moving average (current: 3,618) in October has seen the majority of the gains erased. Key weekly support to be aware of this month resides at 3,551, with weekly resistance stationed at 4,172. Overall, the trend on the S&P 500 is lower, following the lower low printed in October at 3,491; therefore sell-on-rally scenarios may unfold this month to take aim at fresh lower lows in line with the current downtrend. This, however, would entail breaching the current weekly support mentioned above at 3,551.