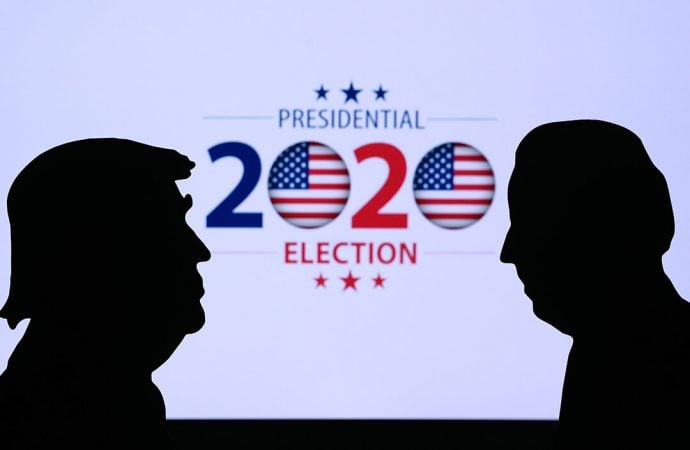 Following the break of long-term trendline resistance (1.6038) in July, buyers and sellers have since been squaring off around the upper section of supply from 1.1857/1.1352. Technically, although this argues additional upside may be on the horizon, targeting ascending resistance (prior support – 1.1641), September and October fashioning negative months also proposes a dip to retest the recently penetrated trendline resistance (support).

Leaving support from 1.1553 and a descending support line from 1.2011 behind, EUR/USD shifted to a bullish phase on Tuesday and ended Wednesday indecisively by way of a long-legged doji candle, essentially projecting uncertainty.

Traders will also note the RSI oscillator is seen turning higher from within a stone’s throw from trendline support (prior resistance), and is now, thanks to yesterday’s spike to lows at 1.1602, producing bullish divergence.

Early trading Wednesday rejected a tight area of confluence (resistance), made up of 1.1750 resistance, supply at 1.1764/1.1776 and a trendline resistance (prior support – 1.1612). Although bears surpassed 1.1650 support, European and US sessions witnessed a recovery form that took the currency pair above 1.17, a level which was also retested as support.

Discovering demand ahead of daily support from 1.1553 may provide enough impetus for H1 buyers to consider bullish strategies off 1.17 today, with the 1.1750 region (initially) targeted. However, traders are urged to consider the possibility of additional volatility today/Friday as ballots continue to be counted.

The months of September and October recorded losses, with the latter down by nearly 2 percent. Developing a mild correction, longer-term action is addressing the upper border of demand at 0.7029/0.6664 (prior supply).

Structurally speaking, buyers still have a strong advantage from current demand, free to explore as far north as 0.8303/0.8082 in the coming months, a supply zone aligning closely with trendline resistance (prior support – 0.4776).

Also of note, the pair recently crossed above RSI resistance at 52.00.

Following a decisive spike to resistance at 0.7210, yesterday visited demand at 0.7027/0.7061 and rebounded from the zone with enough force to take up position just under the aforesaid resistance.

Heading into the London session on Wednesday, traffic was somewhat one-sided off trendline support (0.6993), an ascending base that aligned with the 100-period simple moving average, 0.7068 support and 0.7050 support.

After dethroning 0.7150 resistance amid US movement, bulls elevated the currency pair to within close proximity of 0.72 before modestly correcting into the closing bell.

Monthly price bouncing from demand at 0.7029/0.6664 and daily price taking on trendline resistance positions a 0.7150 retest on the H1 in a relatively positive light today. Traders may also wish to note 0.7150 aligns closely with the daily trendline (support).

The RSI, since October 22, has essentially been motionless a touch ahead of oversold terrain.

Early trade observed a rigorous spike to 105.35, a move which addressed trendline resistance (106.10) and sparked a considerable decline heading into the session. The pair closed out Wednesday bottoming just ahead of the 161.8% Fib projection level at 104.11 (blue), a level that’s offered support since September.

After reclaiming territory below 105 and retesting the figure as resistance Wednesday, sellers governed control and blew through trendline support (104.02) and 104.50 support.

Demand at 104.12/104.20 (located above the H4 Fib at 104.11) provided enough energy to stir a recovery, yet follow-through buying has struggled, hindered by trendline resistance/104.50 resistance, positioned nearby the 100-period simple moving average around 104.63.

Things went sour ahead of resistance at 1.3201 on Wednesday, stripping a portion of Tuesday’s 1 percent gain.

The RSI oscillator is seen holding from 47.00 support.

Sterling paid supply at 1.3116/1.3160 (prior demand) a fleeting visit on Wednesday before sinking through support at 1.3006, a level which, as you can see, was swiftly retested as resistance.

Downside eventually collided with the widely watched 1.30 level and, in recent trading, toppled the 100-period simple moving average at 1.2957. Are we looking at continuation selling into 1.29/support at 1.2862 and possible test of RSI trendline support today?

Support at 1.2862/1.29 on the H1, seeing as how the area exists around the upper zone of H4 demand at 1.2836/1.2881, may activate an intraday bullish response. Still, how much of a reaction is difficult to estimate as daily price reveals room to move to the top of daily demand at 1.2773. Due to this, bearish signals unearthed underneath 1.2862 may represent an early sign we’re likely to overwhelm H4 demand and discover deeper ground.