How Social Media is Influencing the Rise in Popularity of Cryptocurrencies 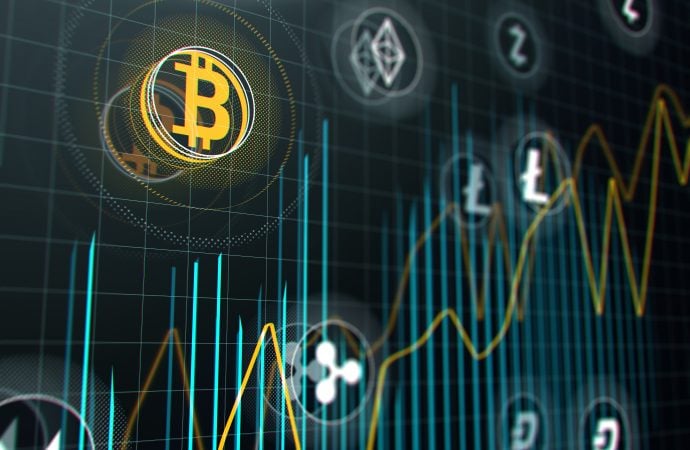 According to reports, we spend more than 2 hours a day engaging with social media platforms and messaging apps.

For many of us, social media is an integral part of our daily routine.

Social media is free to use, and has effectively altered the way we consume daily news. Gone are the days of waiting for the latest news in the morning.

The Rise of Cryptocurrencies

As we enter the dawn of a new decade, worldwide cryptocurrency exchanges offering real-time pricing house thousands of altcoins (alternatives to Bitcoin – alternative coins). This is a mind-blowing feat considering Bitcoin, the first cryptocurrency, was only founded in 2009, presumably by Satoshi Nakamoto.

2020 was a year of change. While the COVID-19 pandemic gripped the world in unprecedented fashion, and continues to touch the lives of many, the cryptocurrency market experienced exponential growth, generating extraordinary volatility across the crypto space.

Bitcoin vs. the US dollar (or BTC/USD), the largest virtual currency by market capitalization (CoinMarketCap.com), is higher by nearly 400 percent since 2020 (figure 1.A). This is in spite of the recent 20 percent correction from all-time peaks at $42,000. The price of Bitcoin, as of writing, trades at $38,111.

Even more impressive is Ethereum against the US dollar (ETH/USD), the second largest altcoin by market capitalization (CoinMarketCap.com), currently trading higher by nearly 730 percent over the same time period (figure 1.B).

What’s behind the latest surge?

In 2017, crypto demand was largely derived from retail investors, while 2020 witnessed a flow of institutional funds.

Some big institutional names involved are the likes of Paul Tudor Jones. Asked about Bitcoin in an interview with Yahoo Finance, Jones admitted he is no Bitcoin expert, but acknowledged Bitcoin reminds him of the internet stocks of 1999. He added, ‘what you can be certain of is that probably 20 years from now, our kids and grandkids, whatever, all of us will be using some type of digital currency’.

In recent days, the financial institution, JPMorgan Chase & Co, stated Bitcoin has potential to reach $146,000 in the long term as it competes with gold as an asset class. As you can imagine, this big-picture forecast generated excitement across multiple social media channels.

Although these are exciting times for many crypto investors, it is sometimes necessary to take a step back and look at the bigger picture. Bitcoin took ten years to reach $20,000 and only approximately TWO WEEKS to reach $30,000. The crypto then took LESS THAN A WEEK to reach $42,000. Some say this meteoric rise is set to continue; others claim cryptocurrency investors are on the verge of losing their entire investment.

A number of popular cryptocurrency forums are available and free to participate in.

Bitcointalk is considered one of the more influential crypto forums, with more than two million active members and millions of posts.

The forum is a major source of information for many crypto enthusiasts, with daily discussions on aspects such as blockchain technology, Bitcoin, other altcoins and Initial Coin Offerings (ICOs) (figure 1.C).

Cryptocurrencies are often trending on Twitter. Popular hashtags over the past few days were #bitcoin, #bitcoinprice (tweeted nearly 800 times in an hour as of January 13, 2021) and, thanks to the recent 20 percent drop in Bitcoin, #bitcoincrash (figure 1.D).

Celebrity figures have also contributed to the rise in popularity of cryptocurrencies through social media outlets.

Maisie Williams, the Game of Thrones actor, invested in Bitcoin in late 2020, though not before seeking the advice of the crypto public on Twitter (figure 2.A).

Author J.K. Rowling is another prominent figure who stirred the crypto community on Twitter in early 2020, requesting help to understand Bitcoin (figure 2.B). With more than 14 million followers, crypto buffs grabbed this unique opportunity to explain Bitcoin and cryptocurrency to the famous author, which included a Tweet from Elon Musk.

An example of this is Ripple (XRP) in late December. The altcoin fell sharply on news of the US Securities and Exchange Commission (SEC) slapping a $1.3 billion lawsuit on the San Francisco-based blockchain start-up (figure 2.C). News of XRP reached social media within seconds, adding fuel to the sell-off.

As long as cryptocurrency news remains dominant across social media feeds, the crypto-social relationship is set to continue.

For better or worse, social media clearly has the ability to influence cryptocurrency price fluctuations and promote various crypto markets.