US Employment Data in Focus – July 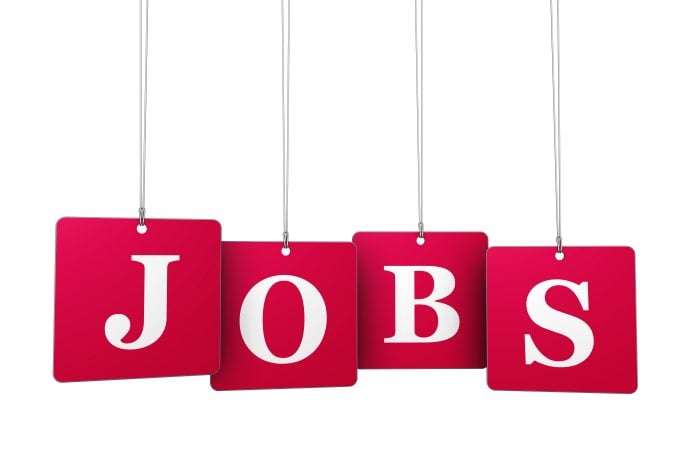 According to the US BLS[1], total non-farm payroll employment increased by 4.8 million in June, following an increase of 2.7 million in May. These gains reflect a partial resumption of economic activity that had been curtailed due to the coronavirus pandemic in April and March, when employment fell by a total of 22.2 million in the 2 months combined.

1.5 million non-farm payrolls are forecast to be added to the US economy in July, according to the median estimate, though traders are urged to take into consideration overall projections range from a 600k decline to a 3.2 million gain.

The unemployment rate is a closely followed economic indicator, derived from a monthly survey called the Current Population Survey (CPS), made up of approximately 60,000 households[2].

Unemployment dropped 2.2 percentage points to 11.1 percent in June, with the number of unemployed persons falling by 3.2 million to 17.8 million, according to the BLS[3].

The consensus for July’s unemployment rate rests at a 10.5% decline.

Further economic uncertainty has been brewing across the United States as coronavirus cases surge, with the country nearing 5 million cases and more than 160,000 deaths. California, Florida and Texas are among the most affected; California is closing in on an eye-popping 550,000 cases[4].

According to a Bloomberg article[5], the economy has undoubtedly stalled in recent weeks due to swelling COVID-19 cases, with forecasts for the July employment figures likely resting on how much weight is put on indicators of employment. 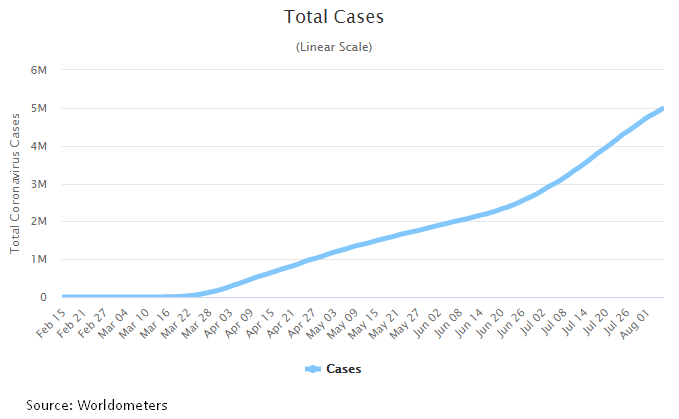 Each month the Conference Board surveys a nationwide sample of 5,000 households. The report measures the level of confidence individual households have in the performance of the economy.

‘Consumer Confidence declined in July following a large gain in June’, said Lynn Franco, Senior Director of Economic Indicators at The Conference Board. ‘The Present Situation Index improved, but the Expectations Index retreated. Large declines were experienced in Michigan, Florida, Texas and California, no doubt a result of the resurgence of COVID-19’.

The Conference Board noted[6]:

The Conference Board Consumer Confidence Index® decreased in July, after increasing in June. The Index now stands at 92.6 (1985=100), down from 98.3 in June. The Present Situation Index – based on consumers’ assessment of current business and labour market conditions – improved from 86.7 to 94.2. However, the Expectations Index – based on consumers’ short-term outlook for income, business, and labour market conditions – decreased from 106.1 in June to 91.5 this month.

Private sector employment increased by 167,000 jobs in July, according to the ADP National Employment Report[7], sharply missing estimates of more than 1 million.

‘The labour market recovery slowed in the month of July’, said Ahu Yildirmaz, vice president and co-head of the ADP Research Institute. ‘We have seen the slowdown impact businesses across all sizes and sectors’.

Despite US President Trump expecting another big jobs figure this Friday, noted economic indicators (including US employment activity in the services sector contracting in July for a fifth month in a row), along with increasing coronavirus cases across the country, point to a slowdown in the US job’s market.

From a technical standpoint, based on the US dollar index, or DXY, technicians will note buyers and sellers squaring off around 92.71, a daily bear flag (between 95.72/97.45) take-profit target (measured by calculating the preceding move and adding the value to the breakout point – purple).

On track to register its seventh successive weekly decline (falling more than 4% in July), the possibility of drawing in nearby daily support at 92.26 is there. In terms of the 200-day simple moving average, we are also seeing the dynamic value curve to the downside after two years of mostly drifting higher.

Indicator-based traders will also acknowledge the RSI oscillator trekking oversold terrain, as well as chalking up mild bullish divergence as the value attempts to recover from troughs at 17.00.

Worse-than-expected data indicates a dip to daily support at 92.26, with a break of this level unmasking another layer of support coming in around the 91.00 region. Stronger-than-expected figures, on the other hand, may see buyers establish more of a concrete position off 92.71, though a whipsaw to the aforesaid support level at 92.26 could still be seen before buyers make a stand.