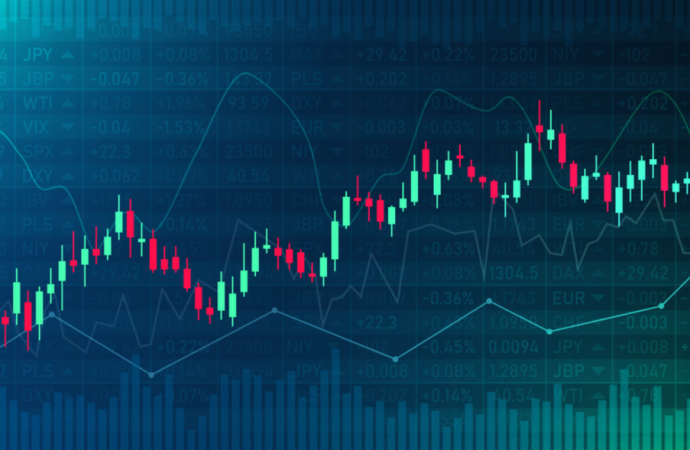 Buyers and sellers continue to battle for position around the upper region of prime support at $1.1473-1.1583. Buyers making a stand remains on the table, potentially fuelled on the back of long-term sell-stops tripped beneath lows at $1.1612 (2020).

In the event buyers fail to agree higher prices, south of current support shines the technical spotlight on a 61.8% Fibonacci retracement at $1.1281, organised above a 1.618% Fibonacci projection from $1.1228.

Hindering upside on the weekly scale is the daily timeframe’s resistance from $1.1614, a level serving this market since October 2018. Candlestick enthusiasts will note Thursday’s test established a shooting star pattern (bearish signal), suggesting Fibonacci support between $1.1420 and $1.1522 is perhaps the next port of call—glued to the lower side of the weekly timeframe’s prime support.

Out of the relative strength index (RSI), the value recently pulled in hidden divergence from within oversold territory. The 50.00 centreline is now a watched level; movement north of the latter signals positive momentum.

Resistance at $1.1622, fixed a few pips above daily resistance at $1.1614, put in an appearance on Thursday. Subsequent downside fashioned two back-to-back bearish candles, outlining a potential test of support from $1.1563, which happens to share chart space with channel resistance-turned support, extended from the high $1.1846.

Latest out of the relative strength index (RSI) reveals the value zeroing in on overbought territory, currently hovering around 64.00ish.

In terms of the immediate trend, we’ve been advancing since the beginning of this year.

Thursday’s bout of risk-on trade weighed on demand for the Japanese yen, consequently elevating USD/JPY to around the recent 34-month top at ¥113.81.

From the relative strength index (RSI), following support emerging from 56.85 early last week, the indicator’s value continues exploring overbought space. However, with the trend facing northbound this year, overbought signals should be viewed in this context.

Sellers coming to life has support to target at ¥112.63, dovetailing closely with channel support, drawn from the low ¥109.12. While navigating north draws the possibility of reaching for weekly resistance at ¥114.38.

Unable to shake hands with the decision point at ¥112.87-113.03, resistance at ¥113.71 made its way back into the spotlight in recent hours. This suggests healthy support in this market, with a break to ¥114 possibly unfolding. It should be noted that the psychological barrier is situated nearby the daily timeframe’s 1.272% Fibonacci projection at ¥114.12.

Supply-turned demand at $1.3629-1.3456 continues to emphasise a distressed atmosphere after having its lower limits clipped at the end of September. In spite of the recent recovery, it’s important to note price also closed below a double-top pattern’s ($1.4241) neckline at $1.3669, signalling bears are looking to take charge.

The $1.3736-1.3659 decision point remains an important area in this market. Respecting the aforementioned decision point helps confirm bearish intent within the weekly timeframe’s supply-turned demand at $1.3629-1.3456, and reinforces the idea of a successful double-top pattern.

From the relative strength index (RSI), the indicator’s value is attempting to secure position above the 50.00 centreline. Clearing the latter informs market participants momentum is to the upside: average gains exceed average losses.

Finishing the session considerably off best levels, GBP/USD is now on the doorstep of support coming in from $1.3657, aligning closely with a 38.2% Fibonacci retracement at $1.3661 (green). Space beneath the noted supports casts light towards trendline support, etched from the low $1.3415. Interestingly, this ascending base converges with a collection of Fibonacci retracement levels between $1.3612 and $1.3619.

H1 interest from the aforementioned levels, therefore, are urged to trade cautiously and perhaps consider waiting for additional price confirmation before pulling the trigger.