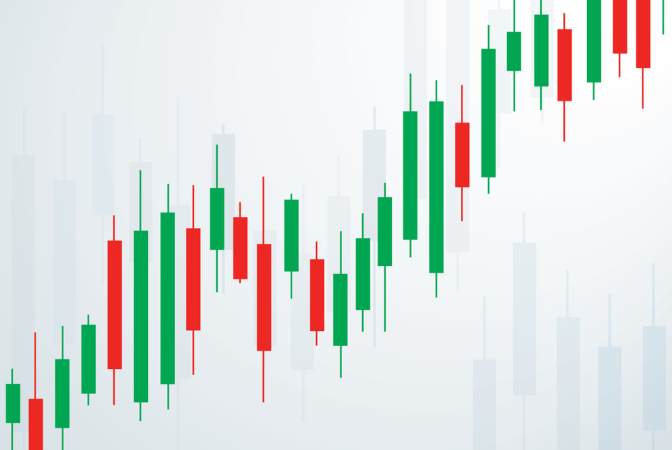 Unpacking a fourth consecutive week in positive territory, the US Dollar Index (USDX) added 5.0 percent in the month of April, its largest monthly gain since early 2015. The impressive run also elevated the buck to a high of 103.93 last week, levels not visited since 2002—’USD boom’ comes to mind.

However, Friday finished the session lower, snapping a six-day bullish phase and retesting resistance-turned support at 102.95. Should buyers accommodate the aforementioned level this week, resistance from 104.38 warrants consideration (a level boasting strong historical significance). A bearish showing, on the other hand, redirects the radar to support coming in at 100.92.

The relative strength index (RSI) is particularly noteworthy, recently unearthing a test of resistance at 79.23 within overbought space. Note that the momentum gauge has not touched this high since February 2020. Exiting the overbought area is considered by many technicians as a sign of weakening momentum, yet caution is recommended as the indicator can remain overbought for lengthy periods in trending environments. Should we dip lower, nonetheless, focus shifts to support between 40.00-50.00: a ‘temporary’ oversold region since August 2021.

Trend studies support further buying this week. As a result, the retest of 102.59 could draw bullish interest to take on nearby resistance from 104.38. Nevertheless, knowing the RSI challenged resistance at 72.93, overthrowing 102.59 remains on the table, a move that would likely expose a bearish showing towards 100.92.

It’s been a dismal week for Europe’s single currency, shedding 2.4 per cent versus its US counterpart. EUR/USD concluded April 4.8 per cent lower, its largest one-month loss since early 2015 that ultimately dragged the currency pair beyond the pandemic low of $1.0638 (March 2020) to a multi-year low of $1.0471.

Despite last week’s almost one-sided deterioration, weekly Quasimodo supports between $1.0467 and $1.0517 serve as a potential roadblock this week. Weekly Quasimodo support-turned resistance from $1.0778 deserves notice if buyers regain consciousness, while dethroning $1.0467 invites a test of the $1.0340 2nd January low (2017). As underlined in previous reports, buyers are somewhat hindered by the visible downtrend, dominant since the beginning of 2021. Adding to this, seen clearly from the monthly timeframe, the overall vibe has been to the downside since topping in April 2008.

Mid-week trading last week shook hands with an interesting support zone on the daily timeframe between $1.0494 and $1.0526, composed of two 100% Fibonacci projections and, of course, the weekly Quasimodo support highlighted above at $1.0517. Friday, as you can see, eked out modest performance and put an end to a six-day losing streak from $1.0936. In a market trading south of its 200-day simple moving average at $1.1380 since June 2021, however, its difficult to estimate whether the latest bid is sufficient to encourage further buying, despite the relative strength index (RSI) testing oversold waters. Quasimodo support from $1.0377 awaits should buyers soften.

Against the backdrop of higher timeframe structure, Quasimodo support at $1.0514 put in an appearance on Friday. What’s technically appealing is that if the aforesaid barrier delivers a floor, H4 prime resistance is overhead at $1.0680-1.0640, accompanied by a 38.2% Fibonacci retracement at $1.0649 and a 100% Fibonacci projection from $1.0630. Should current support fail, nonetheless, the daily timeframe’s Quasimodo support at $1.0377 could be targeted.

Weekly Quasimodo supports between $1.0467 and $1.0517 will remain a talking point this week, as will the daily timeframe’s 100% Fibonacci projections at $1.0494 and $1.0526. Overall, though, this market is rooted within a decisive downtrend and, therefore, may influence bullish movement from the noted supports. The pandemic low of $1.0638, as a result, could develop resistance this week.

However, prior to any attempts at higher levels, H1 support at $1.0509-1.0527 is likely to be challenged in the early hours of the week, with the possibility of a drop to $1.05. And should the aforementioned psychological boundary give way, this certainly tips the scale in favour of additional weakness.

Much like the EUR/USD, the Australian dollar painted a grim picture against the US dollar last week, sinking 2.5 per cent. Notably, April printed its largest one-month drop (5.7 per cent) since the beginning of the pandemic and closed on the doorstep of monthly lows, consequently leaving behind a strong bearish tone as we transition into May.

Recent technical research underlined the possibility of further deterioration in the currency pair, basing analysis largely on the long-term trend:

Meanwhile, regular readers may recall last week’s analysis on the daily timeframe. Support from $0.7165 succumbed to selling pressure, action revealing a nearby daily decision point at $0.6964-0.7040 (fixed within the lower limits of weekly prime support mentioned above at $0.6948-0.7242). As evident from the chart, price did indeed respect the $0.7165 breach and reaffirmed a bearish position by retesting the lower side of the level to establish resistance. $0.6964-0.7040, therefore, is in focus this week—in effect, the area represents the ‘last line of defence’ for the weekly timeframe’s prime support. Analysis based on the relative strength index (RSI) reveals the indicator’s value touching oversold space—indicator support is also seen close by at 21.38.

Finally, H1 technical structure reveals considerable pain around the $0.71 psychological figure; pain in the sense of numerous ‘bull and bear traps’ that took place last week. In the midst of this somewhat chaotic price action, prime resistance formed at $0.7165-0.7136 and could be a zone the currency pair visits this week if we pull back above $0.71. Continuation selling, nevertheless, points to support priced in at $0.7038, which marks the upper limit of the daily decision point at $0.7040.

The daily decision point at $0.6964-0.7040, given its location within weekly prime support at $0.6948-0.7242, will be a monitored area for many price action traders this week. A bullish attempt from the daily zone is anticipated, having seen the RSI touch gloves with overbought space, though whether it creates enough momentum to establish a recovery is difficult to envisage at this point.

In conjunction with this, and noting the dominant trend since 2021, the daily timeframe spent six sessions piecing together a bullish flag, drawn from a high of ¥129.41 and a low of ¥127.80. As you can see, last Thursday ruptured the upper boundary of the flag pattern and subsequently tested supply at ¥131.93-131.10. According to the flag pattern’s rules of engagement, however, traders will be looking beyond current supply to a take-profit objective of approximately ¥136.63 (drawn by extending the pole’s distance and adding this to the breakout point). Note that this profit objective sits above the weekly timeframe’s ¥135.16 high. In terms of the relative strength index (RSI), traders are unlikely concerned by the indicator’s persistent overbought conditions which is a common view within trending environments. While this may be the case, it’s important to recognise that any decisive exit from the overbought area forms a double-top pattern (neckline stationed around the 66.78 31st March low) and could lead the indicator to familiar support at 40.00-50.00 (a temporary oversold zone since May 2021).

Both weekly and daily charts echo healthy bullish vibes at the moment. The weekly timeframe reveals scope to approach ¥135.16 and the daily timeframe recently punctured the upper edge of a bullish flag pattern. Should daily candles overwhelm supply at ¥131.93-131.10, this would add weight to further bullish activity.

The technical radar is directed to ¥129 on the H1 scale this week. Not only is the level positioned directly above a H1 decision point zone at ¥128.63-128.90 (stop-run, anyone?), the area houses H4 Quasimodo resistance-turned support at ¥128.72. A test of the noted areas, therefore, may prompt a bullish scene this week, in line with the bigger picture’s direction. Alternatively, reclaiming ¥130 to the upside might trigger a round of breakout buying, targeting ¥131.

Sterling plunged to mid-2020 lows versus a broadly stronger US dollar last week, wiping out 2 per cent on the GBP/USD. April ended the month 4.3 per cent lower, pencilling in its largest one-month deterioration since July 2019. The ongoing sell-off had weekly price elbow beneath support at $1.2719, a level that may form resistance in the coming weeks. What’s technically interesting on the weekly chart is the absence of clear support until reaching a Quasimodo formation at $1.2164, in a market demonstrating a clear downside bias from February 2021 tops ($1.4241) and a long-term downtrend since late 2007 tops at $2.1161.

A closer reading of price movement on the daily timeframe shows the pair shook hands with a long-term 61.8% Fibonacci retracement from $1.2502 (green) at the tail end of the week. This triggered a bullish showing on Friday and snapped a six-day losing streak. Follow-through bullish interest this week shines the technical spotlight on Quasimodo support-turned resistance from $1.2762, closely shadowed by a descending channel support-turned resistance, taken from the low $1.3160. The daily timeframe’s relative strength index (RSI) finished the week threatening to exit oversold territory, following a low of 18.72 ahead of indicator support from 15.91. Caution is warranted taking long signals based on oversold conditions as the indicator can remain oversold for prolonged periods in downward facing markets.

Out of the H4 timeframe, the week wrapped up things in the shape of a shooting star candlestick formation. Thursday’s recovery from support at $1.2441, as you can see, manoeuvred above resistance from $1.2529, which is now a marked support heading into May. Resistance at $1.2650 also demands attention should the aforementioned support hold ground.

Friday’s reaction from the daily timeframe’s 61.8% Fibonacci retracement at $1.2502 (green) may be enough to entice further buying (profit taking) in this market in the early stages of the week. However, with the overall direction facing southbound, and the weekly timeframe tunnelling through support at $1.2719, this remains a sellers’ market for the time being.

Should H1 climb above $1.26 in the early stages of the week, downside pressure could materialise from H4 resistance noted at $1.2650 and potentially even the H1 decision point area at $1.2697-1.2668. Any bearish attempt from either area could be notable, in view of the bigger picture.

Maintaining position beneath $1.26 would also signal a bearish scenario, though sellers are unlikely to commit until the H1 clears $1.25.