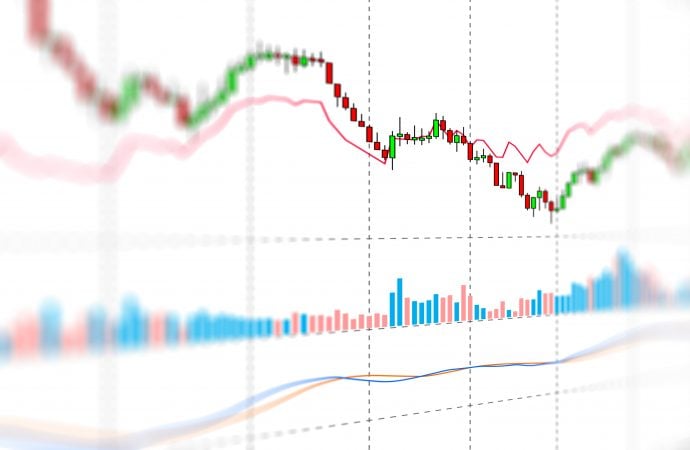 The US dollar, according to the US dollar index, concluded the week considerably off best levels to finish unchanged.

Leaving Quasimodo resistance at 97.45 unchallenged, Friday decorated the daily timeframe with a near-full-bodied bearish candle and tested long-term support from 95.86. Additional areas to be mindful of this week are the decision point at 94.96-95.26, closely shadowed by trendline support, extended from the low 89.84, and support from 94.65.

In terms of trend, the weekly timeframe shows an overall indecisive market since 2015, ranging between 103.82 and 88.25. The daily timeframe, however, has displayed an upside bias, established through a series of higher highs and higher lows since price made contact with support from 89.69 in May.

Extending recovery gains this week moves resistance at $1.1473-1.1583 in sight, while navigating lower throws light on Quasimodo support as far south as $1.0778.

Continued interest to the upside this week points to a run back to trendline resistance, extended from the high $1.2254. Establishing a decisive close beneath $1.1213, on the other hand, not only helps validate the bearish environment brewing on the weekly timeframe, but also exposes support on the daily timeframe at $1.0991 (not visible on the screen).

From the relative strength index (RSI), the indicator registered overbought conditions and touched gloves with resistance at 82.37. Exiting overbought this week underlines a bearish signal.

Price action on the weekly timeframe launching a hammer candlestick pattern from Fibonacci support at $1.1237-1.1281, accompanied by the daily timeframe’s Quasimodo support level from $1.1213, could draw weekly resistance at $1.1473-1.1583 into the fight.

How much of a bearish response is seen from the aforementioned resistances is difficult to estimate, given the higher timeframes show room to climb. Nevertheless, a H1 close back under $1.13 is likely sufficient to draw up a bearish scenario back to the H1 timeframe’s prime support coming in from $1.1238-1.1247.

Month to date, AUD/USD is down 5.4 percent. Technically, the decline commenced from resistance at $0.7501 in the shape of four successive weekly bearish candles. As a direct result of latest weakness, prime support at $0.6968-0.7242 has entered the fray.

Meanwhile, a closer reading of price movement on the daily chart reveals the currency pair is fast approaching 20th August lows at $0.7106, in light of Friday’s 1.0 percent decline.

Additional support is visible at $0.7021, sheltered beneath a 38.2% Fibonacci retracement at $0.7057 (green), while a bullish response may have Quasimodo support-turned resistance elbow its way into the spotlight this week at $0.7221.

With price taking out 29th September low at $0.7170, the trend on the daily timeframe has resumed a downside position. Momentum studies, nonetheless, shows the relative strength index (RSI) dropped in on oversold territory and is closing in on indicator support at 21.38. Traders are urged to note that this indicator has a tendency to remain oversold for prolonged periods in downward markets, with temporary overbought space operating from approximately 50.00.

Since the beginning of November, price has been contained within a descending channel, forged from $0.7532 and $0.7280. More recently, the currency pair tunnelled through Quasimodo support at $0.7144 and subsequently furnished the chart with resistance on Friday.

Trend direction is clearly tilted lower on this scale, aligning with daily and monthly timeframes.

As evident from the H1 chart, the majority of losses were observed early hours Friday, leading movement to within striking distance of $0.71.

Indicator support put in an appearance at 16.44 on the relative strength index (RSI) on Friday and is demonstrating early bullish divergence. It’s likely the RSI will dip a toe back in oversold before the charts display sharper divergence.

Prime support on the weekly timeframe at $0.6968-0.7242 remains the centre of interest. Nevertheless, in light of the monthly timeframe’s downside bias and last week tumbling 1.6 percent places a question mark on its authority.

Daily support at $0.7021, and associated 38.2% Fibonacci retracement at $0.7057, however, is set within the lower limits of the said weekly support. Consequently, a bullish showing may emerge when (if) the area is brought in.