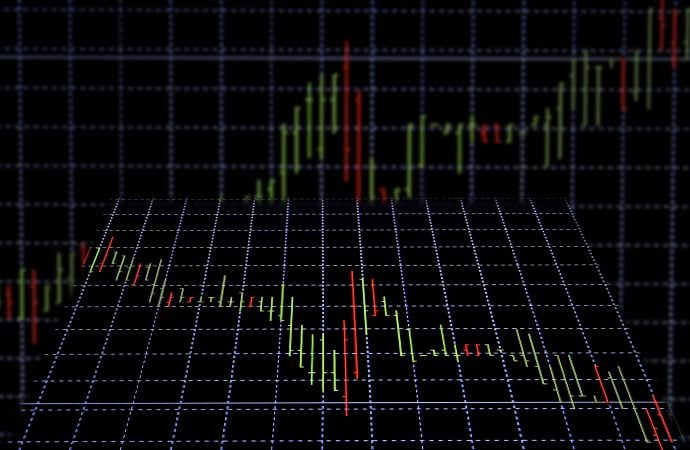 Dollar activity—via the US dollar index—came to a standstill last week, sketching out a narrow range between 93.52 and 92.98. Month to date, however, the index is on the front foot, higher by 0.7 percent.

In light of an uninspiring performance, the technical environment offers a similar setting to previous writing as we head into the final few days of the month.

Support from 91.78-91.96 has proved persistent since the beginning of July, withstanding three successive downside attempts—the latest being early September.

While it’d be unwise to rule out a retracement at current levels this week, further buying could emerge as Quasimodo resistance calls for attention at 93.90. Strategically placed north of the 93.73 20th August high, and sharing space with 100% and 1.618% Fibonacci projections at 93.88 and 93.82, respectively, 93.90 delivers reasonably weighty confluence.

The relative strength index (RSI), a popular gauge of momentum, reached out to trendline resistance (taken from the high 92.41) in recent trading, telling us momentum may be diminishing to the upside. Rupturing the noted line, nonetheless, emphasises positive momentum until connecting with overbought territory. Still, it’s important to acknowledge that an overbought condition does not constitute an immediate bearish signal. The indicator can remain overbought for prolonged periods in trending environments.

Technical elements on the weekly timeframe reveal EUR/USD has been somewhat stationary since mid-June. Deserving attention, however, is prime support at $1.1473-1.1583, a long-term base sharing chart space with a 100% Fibonacci projection at $1.1613 and a 1.27% Fibonacci extension at $1.1550. Note the 100% value represents a harmonic AB=CD bullish point, bringing a 1.13% BC Fibonacci extension to the table at $1.1623.

Also technically interesting on the weekly scale is the possibility of long-term sell-stops residing south of late September lows at $1.1612 (2020).

In addition to the above, we see trend on the weekly chart has largely been bullish since early 2020.

Quasimodo support at $1.1689 welcomed healthy buying Thursday, yet failed to extend gains on Friday. The test was reinforced by what is known as hidden bullish divergence out of the relative strength index (RSI). The indicator, as you can see, concluded the week circling the 40.00 range, a stone’s throw from the 50.00 centreline.

Failure to command a bullish position above $1.1689 this week swings the technical pendulum in favour of eventually reaching Fibonacci support between $1.1420 and $1.1522 (glued to the lower side of the weekly timeframe’s prime support at $1.1473-1.1583).

Following Monday’s decline, buyers and sellers spent the week squaring off (consolidating) between a $1.1690-1.1705 decision point and resistance at $1.1742, a previous Quasimodo support.

The range limits, therefore, may be of interest this week.

Outside of range extremes, Quasimodo resistance at $1.1771 and Quasimodo support coming in from $1.1666 are observable barriers. Fibonacci enthusiasts will also note converging Fibonacci levels around $1.1769ish.

Intraday flow on Friday observed a one-sided decline mid-way through London hours, eventually carving out a low ahead of the $1.17 psychological level.

Recognising scope to approach prime support on the weekly timeframe at $1.1473-1.1583, and intersecting Fibonacci studies, the odds of daily price establishing a solid defence off Quasimodo support from $1.1689 appear thin.

The above, therefore, communicates a bearish position this week.

For the above to come to fruition, H4 resistance at $1.1742 must be overthrown.

Last week shaking hands with prime support at $0.6968-0.7242, in the shape of a doji candle, emphasises prior downside is losing steam, and an upside reversal could be on the menu.

Those who follow the relative strength index (RSI) will acknowledge the indicator zeroing in on the 50.00 centreline, coming from below. Moving above the latter signals momentum is to the upside.

Also on the technical radar this week is a decision point at $0.7200-0.7218. Areas that form decisions are, according to research, best employed directly following its formation. In this case, the base remains untested a month after establishing position, therefore with immediate sentiment—in the form of technical lower lows and lower highs—against $0.7200-0.7218, there’s a higher chance of a break.

Aided by H4 resistance underlined above at $0.7317, a H1 Fibonacci cluster between $0.7320 and $0.7315 welcomed a whipsaw above the $0.73 big figure. This was a textbook stop run, a practice that trapped breakout buyers (bull trap) and filled stops from those attempting to fade the round number.

Although it took some time for sellers to get organised following the $0.73 whipsaw, sellers powered lower Friday, weighed by a risk-averse market, strengthening US Treasury yields and a reasonably robust USD. As you can see, downside momentum stabilised heading into US hours, a handful of pips north of support coming in at $0.7221 (ahead of Quasimodo support at $0.7205 and the round number $0.72).

The weekly timeframe chalking up a half-hearted doji candle at prime support at $0.6968-0.7242 demonstrates potential interest from the buy side.

Yet, on the other side of the fence the daily timeframe is informing us of scope to close in on Fibonacci support at $0.7057-0.7126. Thus, traders are urged to pencil in the possibility of tunnelling deeper into weekly support this week.

¥108.40-109.41 demand welcomed strong buying last week, an area that since mid-July failed to inspire much energy. USD/JPY bulls remaining on the offensive over the coming weeks has ¥113.81-112.22 supply to target.

Lying in wait is neighbouring descending resistance-turned support, extended from the high ¥118.61, should buyers run out of fuel.

Supportive of a ¥110.86-110.27 break is the relative strength index (RSI) running above its range resistance at 56.85. The indicator’s value exploring territory above the 50.00 centreline informs traders that average gains exceed average losses: positive momentum until we touch gloves with overbought space.

Going into the close of the week, we can see H4 knocked on the door of supply at ¥110.99-110.79. This is an area hindering buyers since early July, therefore the likelihood of a reaction is high, with enough oomph to retest supports at ¥110.42 and ¥110.48, both of which are previous Quasimodo resistance levels.

Joining H4 supply at ¥110.99-110.79 is H1 channel resistance, drawn from the high ¥109.90. Travelling lower from the aforementioned confluence is an option early week, targeting channel support, drawn from the low ¥109.12, and Quasimodo resistance-turned support at ¥110.48. A test at where the two levels intersect is particularly interesting (box).

Area above the current channel resistance points to the ¥111 figure. The interesting thing here is what’s above the number: daily Quasimodo resistance at ¥111.11 and H4 Fibonacci resistance coming in from ¥111.32-111.20. For that reason, should the unit test ¥111, a stop-run could develop.

A couple of scenarios are present on the lower timeframes this week:

Pattern traders will also note that the $1.3629-1.3456 test simultaneously witnessed price action close below a double-top pattern’s ($1.4241) neckline at $1.3669, advertising a relatively long-term sell signal. Conservative pattern sellers, however, are likely to pursue a candle close beneath $1.3629-1.3456 before pulling the trigger.

Quasimodo support at $1.3609 made its way back into the spotlight at the tail end of last week, with price delivering solid gains Thursday, although slowing Friday.

Momentum studies, according to the relative strength index (RSI), has found resistance just under the 50.00 centreline after forming a low at 34.68 earlier in the week. Muscling above 50.00 indicates positive momentum, which underpins the current Quasimodo support at $1.3609, though remaining south of 50.00 tells us we are perhaps headed for space below $1.3609.

Daily Quasimodo support at $1.3609 is recognised as a possible floor on the H4 this week.

Quasimodo support-turned resistance hit to the pip Thursday at $1.3751, a level highlighted in previous analysis due to its position on the H4 chart: situated a touch above the decision point at $1.3750-1.3721.

Subsequent downside eclipsed $1.37 bids and took on support from $1.3689, which as Friday shows now serves as resistance. Last Wednesday’s low at $1.3610 offers possible support, closely shadowed by the $1.36 figure.

Absence of strong buying interest from supply-turned demand at $1.3629-1.3456 on the weekly timeframe, in addition to price action closing below a double-top pattern’s ($1.4241) neckline at $1.3669, delivers a potential bearish situation.

As a result, daily Quasimodo support at $1.3609 is unlikely to offer much to work with.

The ability to scale lower is also seen on the lower timeframes this week, with H4 testing resistance at $1.3693 and the H1 comfortable south of both $1.37 and resistance from $1.3689.