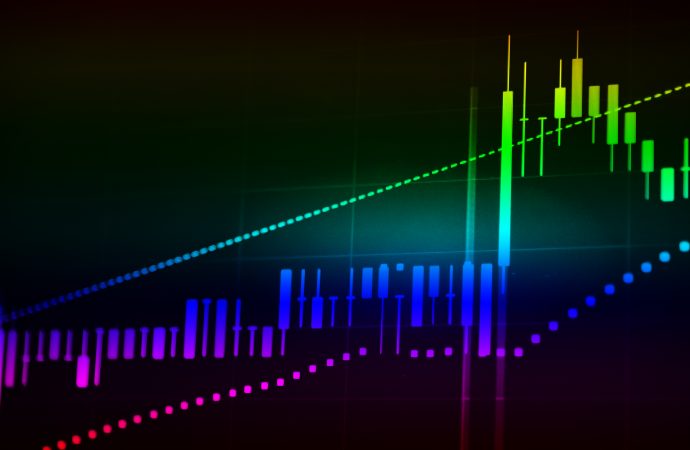 The 50-day simple moving average—circling 101.65—served as dynamic support in recent trading, with resistance demanding attention at 102.95. Space south of the current SMA brings light to resistance-turned support at 100.92, accompanied by an ‘acceleration’ trendline support, extended from the low 95.17. Technicians are also likely to acknowledge an additional layer of ‘psychological’ support nearby at 100.00.

Trend studies back a dip-buying theme from the aforesaid support structure this week, demonstrating defined upward movement since price made contact with support from 89.69 in May 2021. The relative strength index (RSI) shaking hands with support between 40.00-50.00 (a ‘temporary’ oversold region since August 2021) also underpins a bullish perspective. Support around the 50.00ish neighbourhood is common in strong upward facing markets, similar to what we’re experiencing at present.

It’s been a tough week for EUR/USD, finishing largely unchanged despite ranging 160 pips between $1.0787 and $1.0627. Having noted the U.S. Dollar Index (see above) trading from support and rooted within a clear uptrend, EUR/USD shaking hands with Quasimodo support-turned resistance at $1.0778 on the weekly chart and working with a market decisively trending lower since 2021 could have sellers strengthen their grip over the coming weeks, targeting 2nd January low at $1.0340 (2017).

Technically, however, we’re at an interesting juncture on the higher timeframes. While weekly price tests resistance, price action on the daily timeframe rebounded from support at $1.0638 in the second half of the week. The rebound, as underlined in recent analysis, casts light on a neighbouring daily ascending support-turned resistance, drawn from the low $1.0340 (H4 Fibonacci cluster seen nearby at $1.0876). Also of relevance on the daily chart is the relative strength index (RSI) retesting (and holding) its 50.00 centreline, echoing the possibility of support.

The combination of H1 resistance at $1.0762 and H4 resistance from $1.0758 capped upside efforts on Friday. Note the clear whipsaw above H1 supply from $1.0759-1.0745 (yellow), a painful move for those who gained trust in the area following 31st May rejection and subsequent lower low. Downstream, $1.07 calls for attention on the H1 scale, though H1 Quasimodo support at $1.0680 (and a 61.8% Fibonacci retracement) encourages a whipsaw through $1.07 in early trade this week.

Ultimately, medium term, a move higher may be in the offing UNTIL daily price connects with its ascending support-turned resistance, at which point sellers are favoured to take the wheel. With that in mind, a whipsaw through $1.07 could be seen to tempt an early-week bid from H1 Quasimodo support at $1.0680.

The Australian dollar eked out a third successive weekly gain (0.7 per cent) versus the U.S. dollar last week, following a lower low that breached 28th Jan $0.6968 low. While an extended pullback is on the table, this remains a sellers’ market in observance of a clear downtrend since August 2011 (check monthly scale) and weekly flow topping at $0.8007 in early February 2021. Weekly support structure remains between $0.6632 and $0.6764, comprised a 100% Fibonacci projection, a price support, and a 50% retracement.

A closer reading of price action on the daily timeframe has buyers and sellers battling for position around the 200-day simple moving average at $0.7256. Although sellers had the edge on Friday, Fibonacci resistance between $0.7364 and $0.7322 merits consideration this week. Adding to the technical landscape on the daily, the relative strength index (RSI) cemented position north of its 50.00 centreline (positive momentum) and directed the technical headlights towards indicator resistance at 74.80 (nestled within overbought territory).

Extending research to lower timeframe structure reveals Friday bonded with demand from $0.7147-0.7204 on the H4 after leaving H4 channel resistance (drawn from the high $0.7041) unopposed. Note that the demand is joined by H4 channel support, taken from the low $0.6829. On the H1, 5th May high at $0.7266 assumed resistance in early trading on Friday, guiding short-term flow to within striking distance of $0.72.

USD/JPY powered higher last week, adding nearly 3.0 per cent and reclaiming prior losses. Finishing the week threatening to refresh multi-year pinnacles, further buying—supported by the current primary bull trend since 2021—exposes ¥135.16: 28th January high (2002) on the weekly chart. To the downside on the weekly timeframe, should sellers attempt to take charge once again, support at ¥125.54 warrants attention. Elsewhere on the daily timeframe, supply from ¥131.93-131.10 is within reach this week. Engulfing this area, of course, bolsters the pair’s bullish vibe. Also aiding the bullish picture is the daily timeframe’s relative strength index (RSI) strongly rebounding from 40.00-50.00 support (an area representing a ‘temporary’ oversold zone since May 2021). As a result, indicator resistance is likely on the radar at 87.52, fixed within overbought space.

Quasimodo resistance-turned support at ¥129.67 did a good job of holding back sellers in the second half of the week on the H4 scale. Subsequent action cruised above another Quasimodo resistance from ¥130.58, offering market participants a support to consider early week if retested, which is featured on the H1 timeframe. ¥131 will also be a consideration on the H1 chart in early trading as Friday recognised a modest top ahead of the psychological base.

Ultimately, having seen the weekly timeframe eyeballing higher prices, and H4/H1 timeframes poised to work with neighbouring support at ¥130.58, another wave of buying could unfold this week and eventually take on daily supply at ¥131.93-131.10.

Sterling shed 1.1 per cent against the U.S. dollar last week, reclaiming the prior week’s advance and leaving behind resistance at $1.2719 on the weekly timeframe. This—coupled with the strong primary downtrend since early 2021—encourages traders and investors to consider weekly Quasimodo support from $1.2164 as a reasonable downside objective this week. Out of the daily timeframe, trendline resistance (etched from the high $1.3639) is centre of attention, nestled beneath Quasimodo support-turned resistance from $1.2762. Interestingly, the daily timeframe’s relative strength index (RSI) is struggling to find a reception above the 50.00 centreline, supporting a bearish atmosphere for the time being.

H4 resistance between $1.2686 and $1.2614, made up of a number of technical resistances, maintained its position into the close. Consequently, H4 support is watched at $1.2375, complemented by a potential AB=CD configuration and Fibonacci ratios. From the H1 timeframe, you will note that sellers dipped a toe under $1.25 Friday. Support around $1.2475 (yellow), although withstanding several downside attempts in its life, puts forth a weak tone this week, given the latest rebound failed to print a meaningful high. With that being said, and recognising the clear downtrend we’re in right now, breakout sellers could show under $1.25 in early trading, targeting $1.24 (conveniently aligns closely with H4 support at $1.2375).

Despite an optimistic start to the week, momentum levelled off and witnessed a decisive mid-week decline on BTC/USD. Support on the daily timeframe at $28,849, therefore, is still in the limelight, with $36,361 and $34,048 (daily) resistances prepared to receive price, should buyers regain consciousness.

A $28,849 break, as suggested by the current primary bear trend (since 2021), will be a concern for any buyers in this market, having observed limited support until the $20,000 neighbourhood.

In light of thin buying on the daily timeframe, and a trend that favours sellers, H1 Fibonacci resistance around $30,120 may be a platform we see short-term sellers work with this week. Alternatively, breakout sellers could show south of H1 support at $29,358.

Since mid-May, buyers have struggled to find a foothold out of the daily harmonic Gartley pattern’s PRZ (Potential Reversal Zone) between $1,815 and $1,843. Despite the week concluding mostly unchanged, offering a doji indecision candle on the weekly timeframe, daily flow remains above its 200-day simple moving average at $1,841. Should the daily chart’s relative strength index (RSI) break above the 50.00 centreline, this would likely aid a bullish perspective for the yellow metal this week. Upside price targets remain noted at $1,896 (38.2% Fibonacci retracement derived from legs A-D) and a $1,959-1,974 resistance zone.

As evident from the H1 timeframe, a sizeable rebound emerged from a 61.8% Fibonacci retracement at $1,831 during mid-week trading, fixed above a 50.0% retracement and a 1.272% Fibonacci projection at $1,828. Follow-through upside took aim at a Quasimodo support-turned resistance from $1,872, a level aggressively rejecting the idea of additional upside. Aside from the noted levels, the only other base that appears technically significant on the H1 timeframe is support at $1,836.

According to the primary trend, we are in the early stages of a bear market. Ultimately, though, if the daily chart’s Gartley pattern holds and entices buying, this may attract further bids. As such, H1 supports between $1,828 and $1,836 are likely to monitored this week.