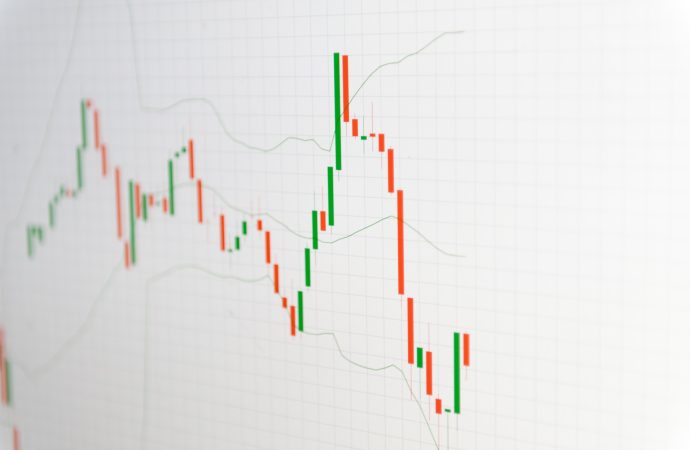 The US dollar index—a geometric weighted average of the dollar’s value against a basket of six foreign currencies—finished the first full week of November eking out modest gains (0.1 percent) and refreshing year-to-date highs at 94.62.

The tail end of the week witnessed buyers strengthen their grip, following the prior week’s stronger-than-expected recovery from the 92.71-93.53 decision point and intersecting trendline support, extended from the low 89.84. Friday, nonetheless, welcomed a shooting star candlestick formation, shaped just south of resistance at 94.65. Note that by breaching resistance this unmasks additional resistance from 95.86.

Establishing a series of higher highs and higher lows since price made contact with support from 89.69 in May, the dollar index has underlined an upside bias. Rupturing resistance at 94.65, of course, would help validate the trend’s stamina and perhaps trigger a breakout phase.

Underpinning trend direction is the relative strength index (RSI) rebounding from support between 40.00 and 50.00, informing traders average gains exceed average losses. Technicians familiar with the aforementioned indicator will acknowledge support often develops around this region in trending environments. Maintaining position north of 50.00 this week, therefore, will likely be interpreted as a sign of strength until connecting with overbought space.

Despite boasting a range of more than 100 pips, Europe’s single currency concluded the week unmoved against the US dollar, formed by way of an indecision doji candle.

Prime support at $1.1473-1.1583 echoes vulnerability, emphasised through failure to find acceptance above $1.1692 highs. $1.1981-1.1848 supply is recognised as the next upside objective should buyers regain dominance, yet further underperformance shines the technical spotlight on a 61.8% Fibonacci retracement at $1.1281.

With reference to trend on the weekly chart, price taking out 2nd November low (2020) at $1.1603 suggests the currency pair is transitioning to a downtrend.

Fibonacci support between $1.1420 and $1.1522—an area fastened to the lower side of weekly support—made its way into the spotlight on Friday and ended the session considerably off session lows (hammer pattern).

Evident from the H4 chart, Friday scaled lower and touched a fresh 15-month low at $1.1513, before pulling back and reclaiming earlier losses.

Support at $1.1495, a clean support and resistance level boasting strong historical significance, was left unchallenged Friday, with the unit wrapping up the session within touching distance of prime resistance at $1.1613-1.1580. Both noted levels, therefore, are in the mix this week as viable structure.

Meanwhile, a closer reading of price action on the H1 chart shows the pair delivered a bottom a handful of pips above $1.15, aided by clear bullish divergence out of the relative strength index (RSI). What this shows is the indicator has not confirmed the lower low in price, consequently informing traders that the market exhibits positive momentum. Note the indicator crossed above the 50.00 centreline into the close, a move showing average gains exceeding average losses.

Continued interest to the upside pulls resistance in at $1.1575. This is an important technical level, formed by way of a breached Quasimodo support. Subsequent interest higher up shows $1.16 could re-enter the frame, a psychological base sharing chart space with Quasimodo resistance at $1.1598.

From the weekly timeframe, a lack of enthusiasm from prime support at $1.1473-1.1583 and price tunnelling through 2nd November low (2020) at $1.1603 shows sellers could be gearing up to take charge. Yet, Fibonacci support on the daily timeframe between $1.1420 and $1.1522 lies in the way of further selling and therefore cautions against an exuberant bearish approach, long term.

Against the US dollar, the Australian dollar shed 1.6 percent last week, snapping a five-week bullish phase.

The relative strength index (RSI) dipped a toe under the 50.00 centreline. Submerging the latter helps validate a bearish presence, notifying traders that average losses outweigh average gains and momentum is essentially to the downside.

The trend on this timeframe is currently in line with weekly movement: favours upside following the break of 3rd September high at $0.7478.

Trend on this timeframe is lower, forged by the recent breach of trendline support, taken from the low $0.7170.

Early US hours observed an AUD/USD bid ahead of Quasimodo support at $0.7349, taking price back above $0.74 and cornering many traders into the final segment of the week.

With buy-stops north of $0.74 largely filled, resistance at $0.7420, a breached Quasimodo support level, is likely to call for attention early week as sellers might look to fade upside momentum above $0.74. Additional resistance to be mindful of is seen at $0.7456.

The picture out of the relative strength index (RSI) shows recent divergence (bullish) and a subsequent bullish failure swing formation—a healthy indication of a reversal, independent of price movement. Also of technical note was the indicator cementing position above the 50.00 centreline, action showing positive momentum.

Weekly price retreating from resistance at $0.7501 communicates a bearish vibe this week, though remain aware that the trend in this market faces northbound.

In line with trend direction, the daily timeframe has price shaking hands with a 38.2% Fibonacci retracement at $0.7379.

From a short-term technical perspective, H1 resistance at $0.7420 is perhaps on the watchlist, fixed above H4 supply at $0.7419-0.7407. Therefore, noted areas may be a base sellers make a stand from, fading upside flow derived from price tripping buy-stops above $0.74.

Mid-October had candle action embrace resistance from ¥114.38 and touch a fresh three-year peak of ¥114.70. Violating the noted resistance may excite long-term bulls and highlight a 1.272% Fibonacci projection from ¥116.09.

Capping upside attempts since May 2017, ¥114.38 is considered ‘significant’ resistance in this market; bearish interest, however, sets the stage for bringing in support at ¥112.16.

The Fibonacci cluster, made up of two 1.272% Fibonacci projections at ¥114.63 and ¥114.61, set a handful of pips beneath a deep 78.6% Fibonacci retracement at ¥114.94, continues to command attention on the daily timeframe. The noted resistance area, along with weekly resistance highlighted above at ¥114.38, clearly remains a headwind for the currency pair right now.

The relative strength index (RSI) exited overbought territory and is on the edge of support between 40.00 and 50.00. Note that amid prolonged uptrends, indicator support often forms around the 50.00 area and operates as a ‘temporary’ oversold base.

Breaching noted Fibonacci levels and attention will then likely be directed to bearish setups, pursuing support at ¥112.63, a previous Quasimodo resistance level that’s set within daily demand at ¥112.66-112.07.

In the event buyers reassert control, Quasimodo resistance is seen at ¥114.46.

While both weekly and daily timeframes show a trending market, the H4 scale recently penetrated trendline support, taken from ¥109.12.

From the perspective of the relative strength index (RSI), the indicator is on the doorway of oversold after failing to find acceptance above the 50.00 centreline earlier in the session Friday. Should we challenge price support around ¥113.20, expect some form of oversold signal to emerge.

Although current trend is clearly tilted to the upside on the bigger picture, weekly resistance at ¥114.38, and daily Fibonacci structure around ¥114.61, have proven stubborn. Daily supply-turned demand at ¥112.66-112.07 remains a focal point to the downside should further selling persist this week.

The scenery on the lower timeframes exposes healthy support on the H1 scale between ¥113.17 and ¥113.26, boosted by H4 support around ¥113.22 (note the majority of the aforementioned support is made up of Fibonacci ratios).

With a tough showing of support, a pullback from ¥113.70-113.26 could be in the offing, despite the higher timeframes contemplating extending the retracement slide.

Withdrawing nearly 1.5 percent on the week—largest decline since mid-August—supply-turned demand at $1.3629-1.3456 came under fire. Couple this with price closing under a double-top pattern’s ($1.4241) neckline at $1.3669 in August projects further downside in this market.

The double-top pattern’s profit objective—measured by taking the distance between the highest peak to the neckline and extending this value lower from the breakout point—delivers a reasonably objective downside target around $1.3093.

Trend on the weekly timeframe, nonetheless, has displayed an upside bias since pandemic lows in early 2020.

Although many traders acknowledge support and the confirmation candle, Fibonacci support between $1.3262 and $1.3337 may command more attention, technically speaking. However, before sellers attempt to overwhelm current support, a pullback to retest $1.3602 resistance also remains on the cards.

The relative strength index (RSI) brought in resistance between 60.00 and 50.00 since August. The indicator’s value ended the week below 40.00, placing oversold space in the light this week.

With respect to trend on the daily scale, you will note the unit has been lower since June.

In conjunction with the daily timeframe’s trend, the H4 timeframe sliced through trendline support, drawn from the low $1.3415, at the end of October.

Aided by bullish divergence and a subsequent bullish failure swing from the relative strength index (RSI), price forged support from a Quasimodo formation at $1.3444 which led $1.35 back into the light.

While it’d be unwise to disregard resistance forming from $1.35, the H4 timeframe’s decision point at $1.3563-1.3530 warrants attention. In fact, the latter could serve as a platform for sellers to take advantage of buy-stops above $1.35 in early trading this week.

Although traders cannot rule out the possibility of fresh upside attempts materialising from daily support at $1.3449, the bearish landscape out of the weekly timeframe could eventually pull things lower, targeting daily Fibonacci support between $1.3262 and $1.3337.