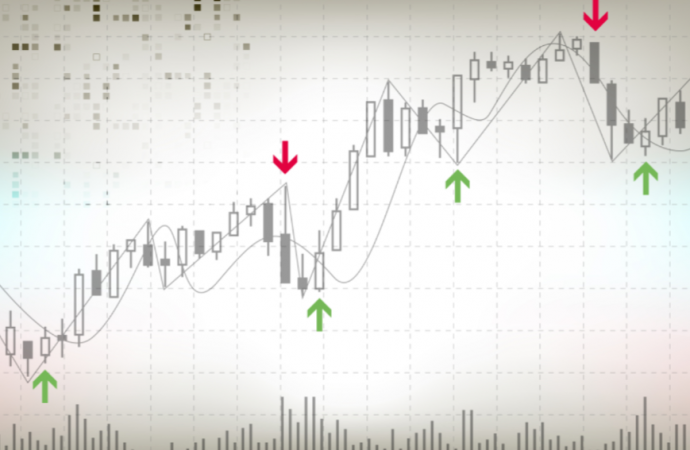 The US dollar, measured by the US dollar index (DXY), remained depressed last week, down 1.2 percent at the close of trade. Squeezing out a third successive weekly loss, technical elements reveal price action toppled daily support at 90.99 and renewed year-to-date troughs, levels not seen since 2018. Closing Friday by way of a daily doji candle, the index is now on the verge of challenging daily demand at 89.83/90.29.

Technically, a declining dollar is not surprising. From a long-term trend perspective, the market’s primary trend exhibits a bearish disposition on the monthly chart, entrenched within a bulky pullback since May of 2008. Since 2016, however, resistance developed around 103.00, causing the daily timeframe to form a series of lower lows and highs in 2020 – some may consider this the secondary trend. Daily price, despite early November deviating to highs at 94.28, is also seen working with a clear 8-month trendline resistance (102.99).

Additionally, recent USD weakness tugged the daily timeframe’s RSI value into oversold territory, an area not visited since August of this year. Concerning the 200-day simple moving average, circling 95.83, daily action crossed below the dynamic value heading into the close of May, 2020.

Following the break of long-term trendline resistance (1.6038) in July, and subsequent break of supply from 1.1857/1.1352 in August, a modest correction surfaced. However, with buyers making an entrance in November and December trading higher by 1.7 percent, this argues additional upside may be on the horizon, with ascending resistance (prior support – 1.1641) perhaps targeted.

In tandem with monthly buyers, daily activity squeezed through the upper perimeter of a descending wedge pattern (correction) between 1.2011 and 1.1612 (some may interpret this arrangement as a descending triangle pattern) heading into the final rounds of November with recent trading also overrunning resistance at 1.2095.

Despite shaping two shooting star patterns into the second half of the week, traders will likely be monitoring the descending wedge pattern’s take-profit target at 1.2309 (yellow) this week.

Another clear feature on the H1 chart is the RSI voyaging under 50.00 on Friday, poised to perhaps welcome oversold conditions.

Following a mild correction that addressed the upper border of demand at 0.7029/0.6664 (prior supply), buyers have so far responded well. Up by 4.5 percent in November, with December also trading higher by 1.2 percent, buyers appear free to explore as far north as 0.8303/0.8082 in the coming months, a supply zone aligning closely with trendline resistance (prior support – 0.4776).

Following an early-week retest at the upper boundary of an ascending triangle from 0.7340, buyers took the currency pair to fresh yearly peaks Thursday.

Above, crosshairs are likely directed towards 0.7463, the ascending triangle take-profit target (pink).

The ascending triangle take-profit target on the H4 at 0.7463 is likely an area pattern traders have eyes on this week, though reaching the level entails crossing above 0.7450 resistance on the H1 and also above the upper side of daily supply at 0.7453.

Having seen both support and resistance welcome at least two consecutive tests, the H4 chart is considered range bound for the time being.

Despite moderate selling interest developing at the lower side of supply from 104.24/104.07 during London’s morning session Friday (black arrow), buyers maintained position. This led price higher into the aforesaid supply, testing the 161.8% Fib projection at 104.20 and 50.0% level at 104.21.

Additional resistance can be seen directly north of current supply by way of a 100-period simple moving average at 104.26.

In terms of the RSI indicator, the value is drifting just beneath overbought levels.

Considering the monthly timeframe, and lack of support visible on the daily chart, sellers within H1 supply at 104.24/104.07 could still have some fire left in them yet.

With monthly trendline resistance making an entrance and daily supply also recently joining the fight at 1.3622/1.3467 (with Friday forming a shooting star candlestick pattern), sellers may eventually take the lead.

The British pound finished marginally on the backfoot vs. the dollar Friday, following a failed attempt to topple resistance at 1.3483.

Support is seen at 1.3396, a level intraday traders may view as a potential buy zone. Although the level could hold and produce a healthy move, buyers face not only daily supply at 1.3622/1.3467 but also monthly trendline resistance.

Upside slackened heading into US trading on Friday as price discovered thin air north of the round number 1.35. With that, penetrating Friday’s low at 1.3412 to test 1.34 bids and the 100-period simple moving average could be a scenario seen in early trade this week.

RSI followers may also want to acknowledge the value registered moves beyond the 50.00 level on Friday, with the possibility of reaching oversold levels and forming an AB=CD correction.

Although the immediate trend faces higher on the daily timeframe, the bearish structure and monthly downtrend suggests sellers have the advantage.

A scenario of particular interest is a possible whipsaw forming through 1.34 to tap stops and test the H1 demand. A H1 close back above 1.34 signals short-term buyers could make a show.