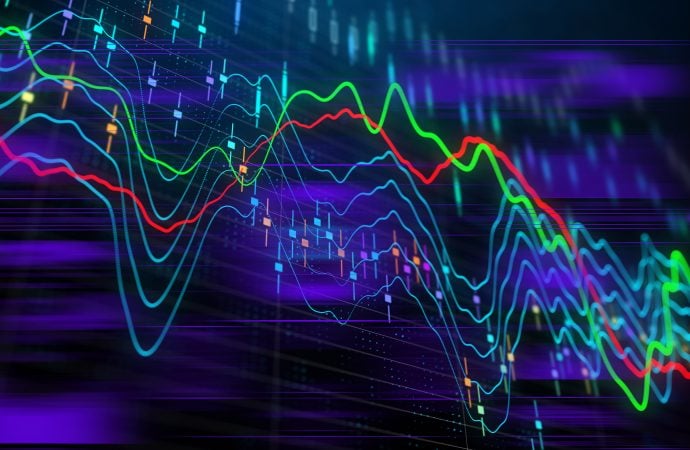 Trend studies unwrapped a clear-cut bearish narrative in 2020, yet 2021, after discovering support from 89.34 (a level boasting historical significance back as far as March 2009), motivated a bullish presence.

Longer term, though many analysts may deviate here, a USD trend reversal to the upside is validated above the 94.74 25th September (2020) high (blue arrow). By the same token, beyond the 89.21 6th January low (red arrow) chart studies suggest an extension to the current downtrend. Of late, though, USD upside has been favoured. A break of the 93.44 31st March high mentioned above, knowing the greenback trades north of the 200-day simple moving average (circling 91.44), also adds weight to a longer-term bullish presence developing.

Out of the relative strength index (RSI), the dollar is overbought. On top of this, the value recently crossed swords with resistance at 73.00 and is in the process of establishing bearish divergence. This notifies traders that while price movement managed to eke out fresh highs, upside momentum is lacking and may stimulate a retracement.

A closer reading of price action on the daily scale reveals the unit left the 200-day simple moving average at $1.1997 unchallenged in late June and shook hands with Quasimodo support at $1.1836 on Friday. Candlestick enthusiasts will note the test established what’s known as a hammer pattern (often viewed as a bullish signal particularly off support).

Failure to build off current support shifts attention to Quasimodo support at $1.1688.

Underpinning a potential advance from $1.1836 this week, the RSI pencilled in bullish divergence, with the indicator’s value venturing out of oversold space. This implies that despite price registering fresh lows, downside momentum has slowed and cautions that buyers could make an entrance.

As for trend, the currency pair has exhibited a consolidation phase since 2021, following healthy gains in 2020.

Friday’s bullish spirit has the RSI value within touching distance of overbought territory, an area also housing resistance at 78.97 (active since the beginning of this year).

Acknowledging monthly flow trades at support from $1.1857-1.1352, together with the monthly trendline resistance, extended from the high $1.6038, giving way mid-2020, buyers could make a show in the summer months.

On top of this, the daily chart shows price retesting Quasimodo support from $1.1836, formed by way of a hammer candlestick pattern. Consequently, this week may knock on the door of the 200-day simple moving average around $1.1997.

The daily chart—aided by USD softness post-NFP—found itself off supply-turned demand at $0.7453-0.7384 Friday, recovering from year-to-date lows and developing a bullish outside reversal candle. Sustained interest to the upside this week has the 200-day simple moving average at $0.7563 to target, closely followed by resistance at $0.7626.

The outlook from the RSI shows traders the indicator is in the midst of forming bullish divergence, action informing traders that while price recorded lower lows, momentum to the downside has decelerated, proposing the $0.7453-0.7384 response may pull in additional buying.

The chart’s RSI value finished the week exploring overbought space, following an earlier recovery from support at 27.02 (positioned within oversold).

Buyers are unlikely to commit at current prices—it’s too expensive according to chart structure. Should a retracement shape early week, prior to connecting with H1 and H4 zones, and $0.7504 H1 support and $0.75 is brought into the frame, buyers are likely to be more agreeable.