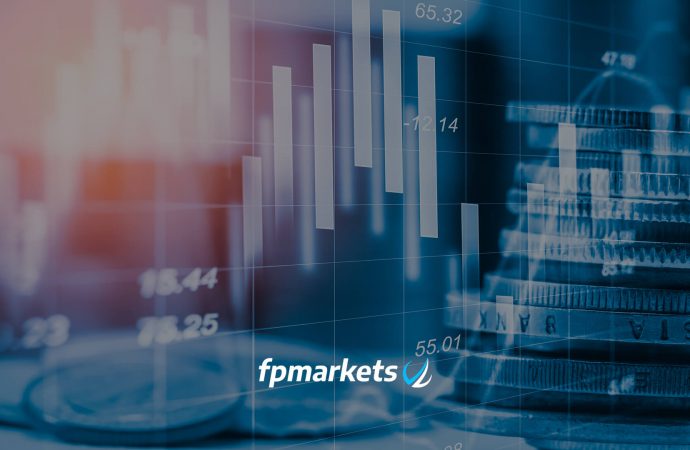 Having recently pencilled in a v-shaped bottom a few points off demand at 98.18/98.65, the US dollar index (DXY) finished the week in positive territory (+0.58%), though off best levels Friday.

With reference to the 200-day simple moving average (SMA), the value has been drifting higher since attempting to flatten in early March, currently trading within the lower boundary of demand noted above at 98.18/98.65.

Additionally, technical research has a potential ABCD correction (orange) lining up around the upper edge of the aforementioned demand. Note this is similar structure to that offered on the DXY (above), only based on opposite areas given its inverse correlation.

EUR/USD managed to keep its head above water Friday, following a hammer candlestick pattern off lows at 1.0727. This has shifted focus back to resistance priced in at 1.0831, a level not only boasting strong historical significance, but one that intersects with a trendline resistance (1.0990). Failure to cap upside at 1.0831 could invite an approach to another trendline resistance, coming in from 1.1147, positioned close by tops around the 1.0890 neighbourhood.

Friday’s rebound from the 78.6% Fib level at 1.0745 on the daily timeframe may lure buyers into the market in early movement this week, though the core focus remains at demand from 1.0526/1.0638, in light of its ABCD confluence.

H4 resistance at 1.0831 (and merging trendline resistance), coupled with H1 supply at 1.0855/1.0832, the 100-period SMA and H1 trendline support-turned resistance, may see sellers strengthen their grip this week.

As a result of the above, bearish setups off H4 resistance at 1.0831 could be an option.

Price action, although reaching lows at 0.6253 last Tuesday, has had a hard time testing demand plotted at 0.6192/0.6247. Striking this zone will likely be enough to tempt short sellers out of the said Gartley formation to reduce risk to breakeven.

Despite the lack of enthusiasm from sellers, the current Gartley pattern remains valid until we break the X-point at 0.6684.

0.6350, along with a trendline resistance-turned support (0.6444), contained downside in early London Friday (a noted area of support in Friday’s analysis), and invited an approach to 0.64 by the close.

Monthly supply at 0.7029/0.6664 remains a point of interest to the upside, though in order to reach this far north, traders must first contend with the noted daily resistances.

From a shorter-term perspective, the H4 harmonic Gartley pattern around 0.6433 remains credible resistance. Should H1 price connect with supply at 0.6461/0.6435 and complete the three-drive pattern around 0.6438, intraday sellers may make an appearance and target 0.64 as initial support.

Leaving demand from 105.70/106.66 unopposed, USD/JPY seems to be in the process of forming a double-bottom pattern from 106.87 (black line). Although the 200-day simple moving average (SMA), currently circulating around 108.29, could hamper upside, pattern traders will still be watching/hoping for a break above the 109.38 April 6 high (red arrow) to confirm the double-bottom pattern this week. This potentially preps the ground for moves to 111.30ish based on the double-bottom’s take-profit target (usually measured from the lowest trough to the peak and then adding the value to the breakout point).

Interestingly, since mid-April the candles have been compressing within a bearish pennant pattern between 106.92/108.07, with Friday observing a bearish close form beneath the pattern’s lower limit. This may be enough to overrun current demand and potentially make a run for demand at 105.75/105.17. Traditionally, take-profit targets out of the noted pennant pattern are formed by measuring the preceding move (109.38-106.92) and adding this value to the breakout point.

US hours pulled price action beneath 107.50 Friday, with the pair establishing resistance off the level by the close. While a number of lows are seen to the left of current price, the core focus appears to be around demand from 106.99/107.16, holding the 107 handle within. Another constructive development is a possible ABCD approach (orange) that aligns with the said demand.

The H4 close out of the current bearish pennant pattern suggests we may head lower this week, though most traders will want to see H4 demand at 106.75/107.22 cleared before moving forward. However, do bear in mind that even with the said H4 base taken out, sellers must also contend with daily demand at 105.70/106.66.

Intraday action, based on the H1 timeframe, is likely to complete the ABCD correction into demand at 106.99/107.16. As such, shorting opportunities may exist off 107.50 in early trade.

Support at 1.1904/1.2235 remains in play as we head into the closing stages of April, despite recent moves to said lows. Neighbouring resistance can be seen in the form of a trendline formation (1.7191).

However, heading into the later stages of last week, downside momentum diminished, leaving the unit somewhat directionless ahead of demand from 1.2212/1.2075.

Last Tuesday had demand at 1.2147/1.2257 welcome price action into the fold, which, so far, has been able to withstand any downside attempts. Supply rests close by at 1.2496/1.2437; this is a reasonably dominant supply with notable downside momentum out of its base, seen just ahead of another layer of supply at 1.2622/1.2517.

Friday’s session opened with London approaching 1.23, bolstered by a nearby trendline resistance-turned support (1.2647). A rally to highs at 1.2376 took shape, though was delayed by a trendline support-turned resistance (1.2247).

We ended the week marginally above the 100-period simple moving average (SMA), threatening to potentially overthrow the said trendline support-turned resistance and make a play for supply at 1.2422/1.2397, which holds the 1.24 handle within.

H1 price is currently testing a trendline support-turned resistance, though sellers have yet to show much meaning from here. Both H4 and daily timeframes show scope to push lower, however, so a move to 1.23 could still be in store.

1.23 is also a support worthy of note, having seen it merge closely with H1 trendline resistance-turned support.