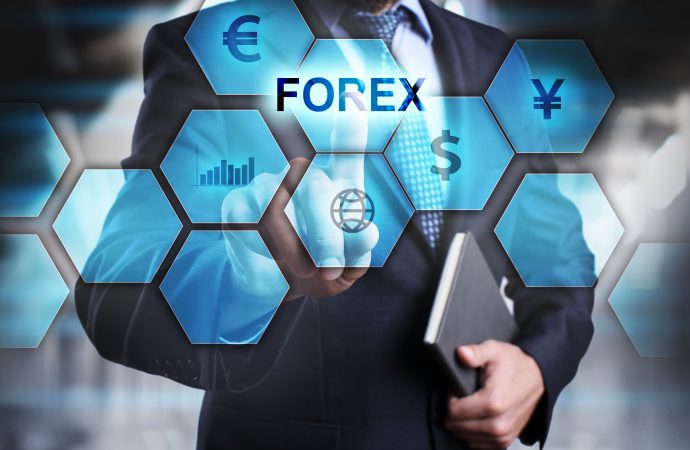 Against a basket of six international currencies, the US dollar index settled the week in positive territory, up 0.5 percent. Following a bullish outside reversal from support at 94.65 (complemented by a 61.8% Fibonacci retracement at 94.68) earlier in the month, a spirited recovery emerged Tuesday and engulfed resistance at 95.53. Having seen 95.53 serve as support at the tail end of the week, the index is tipped to shake hands with local trendline resistance this week, drawn from the high 96.91. Should bullish forces overthrow the aforementioned trendline resistance, Quasimodo resistance calls for attention at 96.40.

Out of the relative strength index (RSI), the indicator’s value touched the lower side of the 50.00 centreline heading into the close. Voyaging north of the latter—movement indicating positive momentum—helps reaffirm price support at 95.53. Rejecting 50.00, on the other hand, signals fading upside momentum and could pressure current price support.

In terms of trend, the weekly timeframe shows an indecisive market since 2015, ranging between 103.82 and 88.25. The daily timeframe, however, has displayed an upside bias since price made contact with support from 89.69 in May (2021), established through a series of higher highs and higher lows.

Strengthening the aforementioned resistance area’s presence, however, is the currency pair taking out 2nd November low (2020) at $1.1603 in late September (2021), suggesting a downtrend on the weekly timeframe. This is reinforced by the monthly timeframe’s long-term (some would say ‘primary’) downtrend since mid-2008.

Aiding the test of the lower edge of weekly resistance at $1.1473-1.1583 was a 7-month trendline resistance on the daily timeframe, extended from the high $1.2254. Albeit tipped to slip further south of trendline resistance, price stalled heading into mid-week trade. Should bearish follow-through emerge this week, Quasimodo support offers an obvious target at $1.1213.

According to the relative strength index (RSI), the indicator remains hugging the 50.00 centreline. Voyaging under the latter underpins the bearish narrative on this scale, informing traders that average losses exceed average gains: negative momentum.

A closer reading of price action on the H4 scale shows resistance at $1.1354-1.1379—a prior decision point positioned a handful of pips beneath resistance at $1.1382—remains in force. Some technicians will claim the area is vulnerable, as price failed to reach trendline support, drawn from the low $1.1186, and neighbouring Quasimodo support tucked just beneath at $1.1272. Traders, therefore, are urged to pencil in the possibility of price pursuing higher levels and taking aim at the decision point from $1.1435-1.1399 this week.

Territory above H1 supply points to $1.14 and a Quasimodo resistance from $1.1416, with subsequent outperformance exposing resistance at $1.1452.

The relative strength index (RSI), after retesting the 50.00 centreline as support, cemented a position above the midline into the close, highlighting positive momentum (average gains exceeding average losses).

The combination of weekly price recently touching gloves with resistance at $1.1473-1.1583 and the daily timeframe holding beneath trendline resistance, along with the monthly, weekly and daily timeframes exhibiting a downside bias, sellers have the upper hand, technically speaking.

On account of the image out of the higher timeframes, two potential bearish scenarios could unfold this week:

Since mid-Feb tops at $0.8007 (2021), sellers have taken the wheel. This followed a bullish period since pandemic lows of $0.5506 (March 2020), therefore some technical analysts may view this correction as a dip-buying opportunity. However, it is important to note that the monthly timeframe has been entrenched within a large-scale downtrend from mid-2011.

Thursday left behind a shooting star candle formation (typically considered a bearish arrangement) a touch under resistance between $0.7410 (the 200-day simple moving average) and $0.7315 (a 100% Fibonacci projection).

From the relative strength index (RSI), following a 50.00 centreline test as resistance, the indicator’s value is poised to approach oversold space.

The trend on this timeframe, like the weekly timeframe, faces northbound. Against this background, though, the relative strength index (RSI) shows support between 40.00 and 50.00 (a ‘temporary’ oversold range since 10th May) ended the week under pressure.

Quasimodo support-turned resistance at ¥114.99 performed on Tuesday, laying the foundation for a bearish phase in subsequent sessions. A familiar decision point at ¥113.54-113.78, set a few pips above Quasimodo support at ¥113.22, made an entrance on Friday, yet was unsuccessful in sparking curiosity from buyers. Clearance of ¥113.22, fuels the expectation of a run to support at ¥112.73, stationed just ahead of daily demand featured above at ¥112.66-112.07.

¥114 accepted a retest as London opened its doors; price subsequently folded over and worked its way back to Quasimodo support at ¥113.64 at the close of trade Friday. Additional technical features nearby are supports from ¥113.56 and ¥113.34, together with a descending channel, attained from a high of ¥115.06 and low of ¥114.51.

From the relative strength index (RSI), early bullish divergence is forming in the neighbourhood of oversold. Journeying above the 50.00 centreline will help confirm bullish intent (positive momentum).

Eventually mustering enough strength to topple bids at support from $1.3602, Friday finished at session lows. Below $1.3602 clears space for a return to neighbouring trendline resistance-turned support this week, taken from the high $1.4250, accompanied by a 38.2% Fibonacci retracement at $1.3523.

Corresponding to a possible floor developing from said trendline support, the relative strength index (RSI) is bound for the 50.00 centreline. Support forming from this midline adds confluence to price structure.

For those who read Friday’s technical report you might recall the following (italics):

As evident from the chart, sellers did indeed tunnel lower Friday. Despite the H4 timeframe exhibiting scope to approach $1.3428-1.3444, the daily timeframe’s trendline support must be confronted before.

$1.36 serving up resistance at the tail end of the week witnessed price soak up bids from support at $1.3580 and come within a stone’s throw of another layer of support at $1.3533. As you can see, downside momentum levelled off heading into European hours on Friday, shown by way of bullish divergence out of the relative strength index (RSI). While this could lead to a price rise early week, dropping in on support at $1.3533 is not out of the question.

Clearance of the daily timeframe’s support at $1.3602 unlocks the technical door for a test of trendline resistance-turned support, taken from the high $1.4250, accompanied by a 38.2% Fibonacci retracement at $1.3523.

Having noted the prospect of further underperformance this week, short-term players might zero in on $1.35 based on the H1 scale. The aforesaid psychological boundary aligns with the daily trendline support.

A retest of H1 resistance at $1.3580, therefore, is an option, a move sellers could be drawn to. H1 support from $1.3533 may offer buyers something to work with, but it’s unlikely to be anything to write home about as prime targets rest below: $1.35 and daily structure.