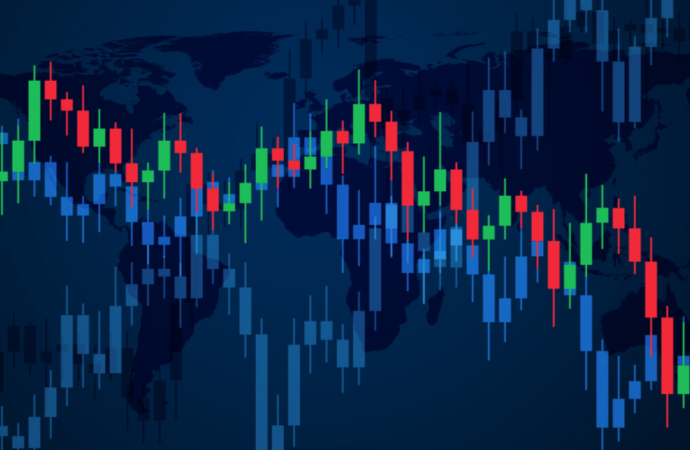 The US dollar, according to the dollar index, cruised to fresh 2021 pinnacles last week at 96.24. Despite this, and irrespective of registering a fourth successive week in the green, USD confidence elevated price to resistance between 96.37 and 95.80—largely made up of Fibonacci ratios, including a 100% Fibonacci projection from 95.94 (AB=CD harmonic structure).

The euro was kicked around last week, dropping 1.4 percent and registering fresh 2021 troughs against its US counterpart.

Quasimodo support at $1.1213 (positioned beneath the weekly timeframe’s Fibonacci structure) is central on the daily chart. Defending the latter backs current weekly support, yet rupturing the daily level reinforces a bearish environment, targeting support around the $1.0991ish neighbourhood.

While immediate flow has been trending lower since late May tops at $1.2266, momentum, according to the relative strength index (RSI), is engaging oversold space and launched the beginnings of potential bullish divergence. Ultimately, technicians will want to see continued upside within the indicator, preferably testing the 50.00 centreline.

Early European hours entered a one-sided decline on Friday, pencilling in a decision point at $1.1361-1.1351 and squeezing $1.13 interest out of the market.

$1.1235-1.1248 demand—taken from early July 2020—came within a whisker of entering the frame after $1.13 support stepped aside. Note support out of the relative strength index (RSI) at 18.00 also came close to making an entrance, before the indicator exited oversold space and made for the 50.00 centreline.

Having seen short-term movement conclude the week beneath $1.13, sellers could strengthen their grip early week.

Prior to the above coming to fruition, a bearish scene could unfold sub $1.13. A retest of the figure that holds in the form of a bearish candlestick pattern may draw in short-term bearish expectations towards $1.1235-1.1248.

Embracing the idea of moves from weekly prime support is the daily timeframe’s Quasimodo support at $0.7220 and intersecting trendline resistance-turned support, etched from the high $0.7891.

The trend on this timeframe remains in line with weekly movement: favours upside following the break of 3rd September high at $0.7478.

A closer reading of price action on the H4 shows resistance developed at $0.7250, a prior Quasimodo support level. Note the level’s response generated a healthy bearish upper shadow, directing flow towards Quasimodo support underlined on the daily timeframe at $0.7220.

Mixing the upper boundary of weekly prime support at $0.7242 and daily Quasimodo support from $0.7220 (as well as daily trendline resistance-turned support) gives rise to a potential recovery phase this week.

Despite clocking a fresh 4-year pinnacle at ¥114.97, action failed to find a reception above resistance from ¥114.38 and the upper edge of a bullish flag between ¥114.70 and ¥113.41. This resulted in a decisive upper shadow taking shape, producing a half-hearted shooting star formation: bearish signal.

Should we eventually explore space above resistance and the upper range of the noted flag, traders are urged to pencil in the 1.272% Fibonacci projection from ¥116.09.

RSI (relative strength index) analysis reveals clear support between 40.00 and 50.00 (amid prolonged uptrends, indicator support often forms around the 50.00 area and operates as a ‘temporary’ oversold base).

For those who read Friday’s technical outlook you may recall the following (italics):

The technical surroundings on the H4 scale indicates follow-through selling could be on the menu, movement sinking through Monday’s trough at ¥113.75 to connect with prime support at ¥113.28-113.59, a 61.8% Fibonacci retracement at ¥113.60 and a 100% Fibonacci projection at ¥113.49 (harmonic players will note this represents an AB=CD bullish pattern).

In terms of where we stand on the relative strength index (RSI), the indicator registered bullish divergence Friday and is on the verge of greeting the 50.00 centreline. Pulling above the latter helps validate any up move, indicating positive momentum in the form of average gains exceeding average losses.

The weekly timeframe failing to command a presence above resistance from ¥114.38, together with the daily timeframe’s mid-week dip—shaped by a bearish outside reversal—from Fibonacci resistance at ¥114.94, suggests sellers assuming command to daily supply-turned demand at ¥112.66-112.07.

Couple this with price closing under a double-top pattern’s ($1.4241) neckline at $1.3669 in August, the weekly chart reflects a bearish technical outlook. The double-top pattern’s profit objective—measured by taking the distance between the highest peak to the neckline and extending this value lower from the breakout point—delivers a downside target around $1.3093.

Friday convincingly snapped a three-day bullish phase, throwing light back on Fibonacci support between $1.3262 and $1.3337 this week. To the upside, resistance is at $1.3602 and trendline resistance, taken from the high $1.4250—both forming upside objectives should buyers regain consciousness.

Longer-term sentiment has remained biased to the downside since June (add this to indicator resistance formed between 60.00 and 50.00 on the relative strength index [RSI] since August).

Resistance between $1.3524 and $1.3510 (a Fibonacci area including a 100% Fibonacci projection, which many harmonic traders will recognise as a bearish AB=CD) captured the attention of sellers late in the week, sending the currency pair to a low of $1.3407.

Absence of support on this timeframe until trendline resistance-turned support, taken from the high $1.3800, indicates further declines could come to fruition this week.

US trading Friday pushed through a short-term bearish outside reversal ahead of resistance between $1.3482 and $1.3476, following a bottom just north of $1.34.

Studies out of the relative strength index (RSI) show trendline resistance, drawn from the high 69.98, capped upside around the 50.00 centreline on Friday. Climbing above the latter informs short-term traders that upside momentum is gaining traction and could continue until reaching overbought.

The daily timeframe’s Fibonacci support between $1.3262 and $1.3337, however, is recognised as an immediate downside objective on the higher timeframes.

$1.34 is also an interesting support. It’s common to view price whipsaw round numbers. Having H1 Quasimodo support at $1.3387 tucked under the big figure suggests this might be a location buyers attempt to fade sell-stop flow derived from stops under $1.34.