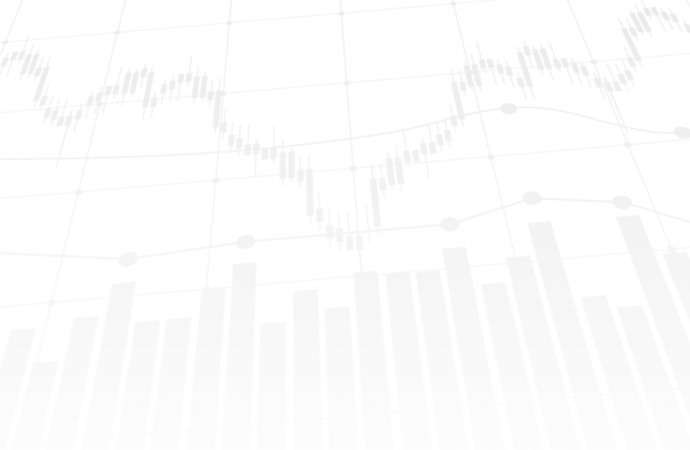 Dollar movement, as measured by the US dollar index (DXY), echoed an indecisive stance last week and settled mostly unchanged.

Price action continues to hug resistance at 92.38/91.96, an area made up of a 61.8% Fib level at 92.38, a 127.2% Fib projection at 92.36, a fixed resistance level at 92.26, a 100% Fib extension at 91.96 and a 50.0% retracement residing at the same level. Also close by, as underlined in previous analysis, is a 200-day simple moving average, circling 92.68. MAs regularly offer support and resistance when tested, therefore resistance off this angle remains possible, should the greenback climb this week. Traders will note price action has traded beneath this value since June 2020, a bearish signal.

Also aired in recent weekly writing, the index topped south of the 103.00 figure in March 2020 and launched a series of lower lows and lower highs (a clear-cut downtrend—price swings: see black arrows).

In terms of technical support, 91.00 calls for attention, with subsequent downside throwing light on support around 90.00, followed by longer-term support at 89.34. Submerging the aforementioned supports will likely add conviction to the bearish narrative, perhaps activating longer-term breakout selling interest.

With the above on board, in a market trending lower, the resistance zone at 92.38/91.96—coupled with the nearby 200-day simple moving average—delivers an area of confluence to work with this week.

Upriver, technical framework reveals a 38.2% Fib level at 1.2021—considered by many chartists as an initial target out of AB=CD patterns.

March 11 tops, just ahead of resistance at 1.1992, followed by a subsequent top on Thursday, established what many technicians label as a double-top pattern, with a neckline at 1.1882.

Friday, as you can see, probed the neckline, yet was unable to initiate downside interest, consequently forming a half-hearted hammer candle, often considered a bullish signal at troughs.

Early London Friday, amidst USD upside (DXY), had EUR/USD dip a toe in waters south of 1.19 and eventually shake hands with demand at 1.1881/1.1865. The response from the zone witnessed price reclaim 1.19+ status heading into US hours and retest the number by the close.

RSI followers have resistance at 54.40 to work with this week. Oversold territory also reveals familiar support at 20.64.

From the monthly scale, technical structure implies buyers could make an entrance off demand from 1.1857/1.1352.

Buyers defending support at 1.1887 on the daily timeframe offers a sign monthly price may defend its demand area. The challenge for daily buyers is the 38.2% Fib level at 1.2021.

Knowing we’re working with a higher timeframe bullish vibe this week, H1 buyers could attempt to hold 1.19 and dethrone the 100-period simple moving average. Alternatively, a dip into H1 demand from 1.1851/1.1867 may emerge before a bullish theme forms as it shares space with H4 support at 1.1818/1.1860.

March, as you can probably see, trades higher by 0.4 percent, and remains within February’s range.

The week assumed a somewhat indecisive stance, rocking between 0.7849 and 0.7699 just south of trendline support-turned resistance, taken from the low 0.5506. A bearish scenario materialising this week will have February’s low at 0.7563 to target, with subsequent downside perhaps taking aim at demand from 0.7453/0.7384 (previous supply).

Despite the trendline support breach early March, the chart has yet to form a DECISIVE lower low. For that reason, the trend remains to the upside.

RSI followers will note the value continues to test the grip of the 50.00 centreline, following 42.00 lows formed March 8.

An additional technical drawing to be aware of is an early ascending channel, taken from the low at 0.7621 and the high 0.7800.

Movement was muted on Friday, developing resistance off the 100-period simple moving average around 0.7757.

From the RSI oscillator, the value recoiled from familiar support at 33.44 on Friday and is on track to possibly welcome resistance at 54.51.

The monthly timeframe’s bearish stance, on top of daily sellers making an appearance south of trendline resistance, echoes a bearish narrative on the bigger picture.

Although daily price can still retest the trendline resistance, the next downside target falls in around February’s low at 0.7563.

H1 Quasimodo support at 0.7710 and the 0.77 figure, housed within H4 demand at 0.7696/0.7715, delivers nearby technical confluence this week. A whipsaw through the H4 ascending channel must form in order for this to take shape.

Should H1 voyage through 0.77, watch H1 demand at 0.7643/0.7667 to potentially greet price action. Interested buyers here, however, are urged to pencil in the possibility of a whipsaw through demand to test bids at Quasimodo support from 0.7636.

Following January’s bullish engulfing candle and February’s outperformance, March, up by 2.2 percent, is seen closing in on descending resistance, etched from the high 118.66. A spirited break of the latter swings the technical pendulum in favour of further upside.

The pair wrapped up the week unchanged, launching back-to-back indecision candles just south of Quasimodo resistance from 109.38. Of particular interest is the Quasimodo formation fusing closely with the monthly timeframe’s descending resistance.

Based on the RSI oscillator, the value remains within overbought space, hovering beneath resistance at 83.02 and forming early divergence (the value exiting overbought will add more conviction).

The Quasimodo formation at 109.16 proved stubborn resistance last week, shutting down any attempts to shake hands with supply at 109.59/109.37. Notably, the supply houses daily Quasimodo resistance at 109.38.

Demand at 108.67/108.78 (considered an important zone given it was here a decision was made to initially break through 109 offers) echoes a fragile tone. Having its lower side clipped twice last week and H1 defending the underside of 109 and 100-period simple moving average suggests downside risks are building.

Below demand signals the pair could test support at 108.36, a base withstanding a number of downside attempts earlier in March.

Current focus on the bigger picture is daily Quasimodo resistance at 109.38 and monthly descending resistance. However, as aired in recent analysis, before sellers attempt to put in an appearance, a whipsaw to daily supply at 110.94/110.29 could develop.

The pendulum swung in favour of buyers following December’s 2.5 percent advance, stirring major trendline resistance (2.1161). February followed through to the upside (1.7 percent) and refreshed 2021 highs at 1.4241, levels not seen since 2018. March currently trades lower by 0.5 percent, contained within February’s range.

Tuesday’s test of trendline support, drawn from the low 1.1409, albeit attracting bullish flow Wednesday, failed to encourage further buying heading into the second half of the week. Thursday was unable to find acceptance above 1.4001, with Friday extending its corrective slide back to the aforementioned trendline support. Breaching trendline support this week throws light on support coming in at 1.3755.

Quasimodo resistance drawn from 1.4250 is also worth a shout, should buyers rebound price, while territory beneath 1.3755 elbows Quasimodo support at 1.3609 in the line of fire.

The RSI indicator continues to test the mettle of support between 46.21 and 49.16, though the value modestly punched below the 50.00 centreline Friday.

Quasimodo resistance at 1.4007—aligns with a 50.00% retracement—has formed a clear ceiling since early March. Equally impressive on this timeframe is 1.3852 support and additional support, in the form of a 61.8% Fib level from 1.3829.

Following a mild recovery off 1.3830 as we stepped into US trading Friday (accompanied by an RSI oversold signal), the pair crossed swords with resistance at 1.3878, a previous Quasimodo support level. Resistances to note above are 1.39, the 100-period simple moving average, supply at 1.3938/1.3918 and Quasimodo resistance from 1.3952.

Should the unit leave the aforesaid resistances unchallenged, technical elements point to a test of 1.38, a level shadowed by a Quasimodo support from 1.3786 and a 161.8% Fib extension at 1.3782.

The fact daily flow has been unable to maintain a bullish presence following the rebound from trendline support hints at a dip to support at 1.3755 this week. Having noted monthly price delivering a reasonably bullish setting above trendline resistance, traders are likely to expect buyers to welcome daily support if tested.

Given the above, nevertheless, H4 coming off support from 1.3852, aided by daily trendline support and monthly flexing its muscle north of trendline resistance, could see buyers make a show early trading and attempt to tackle 1.39 on the H1, possibly followed by H1 supply at 1.3938/1.3918.