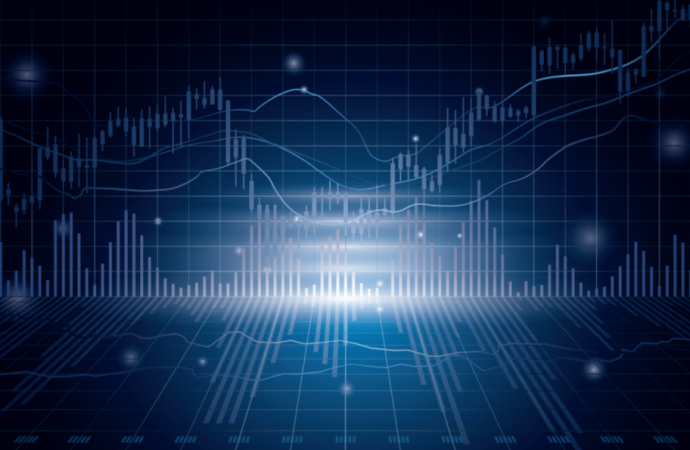 The US dollar, as measured by the US dollar index, settled last week mostly unmoved, establishing what many technical analysts refer to as an indecision candle (albeit with a slight edge to sellers).

Since early February, sellers claimed the 127.2% Fib projection at 91.44 and now loiter a touch north of January 21 low at 90.04. Sellers gaining strength this week shines the technical spotlight on support priced in at 89.34—the origin of January’s pullback.

In terms of trend, as noted in previous writing, the US dollar has echoed a downside bias since topping south of the 103.00 figure in March 2020. Consequently, January’s pullback and February’s subsequent decline may be interpreted as a bearish cue. Submerging 90.04 this week is likely to confirm a short-term bearish narrative, while ducking under support at 89.34 and the 88.25 February 16 low (2018) could spark longer-term breakout selling interest.

With reference to the RSI oscillator, channel support gave way and was retested as resistance. Subsequent action witnessed the value absorb the 50.00 centreline, implying additional downside momentum could be on the cards this week.

February, as you can see, remains considerably off worst levels, trading 0.2 percent lower as we head into the final full week of February.

RSI action remains flirting with trendline resistance (yellow box), extended from the low 33.86. Note the value also continues to work with the 50.00 centreline.

A minor DXY pullback, however, put a cap on gains, with the pair topping just south of 1.2150 resistance. As you can see, this positioned the unit within a stone’s throw from retesting 1.21 and neighbouring 100-period simple moving average.

RSI fans will also note the value staged a retracement from resistance at 78.97 (overbought territory) and retested support around 54.20/47.05.

Monthly price trading off session lows, currently shaped by way of a hammer candle—commonly interpreted as a bullish signal (particularly at troughs)—suggests daily price could perhaps take on 1.2190 tops this week and potentially invade Quasimodo resistance at 1.2278.

Recognising a higher timeframe bullish vibe, retesting 1.21 support (and 100-period simple moving average) on the H1 in early trading this week is a possible scenario. Holding 1.21 signals 1.2150 resistance could make a show, a level aligning closely with H4 Quasimodo resistance at 1.2149.

February has seen the Australian dollar flex some financial muscle against the US dollar. Up by 3 percent, the pair refreshed 2021 peaks and consequently shined light on 0.8303/0.8082—a supply zone aligning closely with trendline resistance (prior support – 0.4776).

Benefitting from a weaker USD and growing optimism over the global growth/reflation outlook, Friday established a near-full-bodied bullish candle. This also took RSI action above trendline resistance to within striking distance of overbought territory.

Settling within close range of supply at 0.7937/0.7890, this is likely an area we’ll see call for attention early this week, with a break of this base potentially unmasking the monthly timeframe’s 0.8303/0.8082 supply zone.

Any corrections this week may direct the technical spotlight back to trendline support, an ascending level drawn from the low 0.5506.

Friday’s 1.3 percent rally took the currency pair above a number of resistances, with price movement now hinting at a possible test of Quasimodo resistance from 0.7897.

Any downside moves this week have support at 0.7843 to target; additional dips bring light to support drawn from 0.7805.

0.78 resistance stepped aside Friday, with subsequent buying confronting and eventually taking over 0.7850 resistance. Price action traders will note the pair retested 0.7850 as we transitioned into US trade. Break/retest formations are common in trending markets, and tend to encourage follow-through action.

Although the RSI oscillator spun lower from resistance at 80.85, producing bearish divergence, chart-based traders likely feel further outperformance is on the cards, targeting 0.79.

The monthly timeframe points towards an acceleration to the upside this week, though in order for this to come to fruition, daily buyers must overthrow supply at 0.7937/0.7890.

H4 suggests scope to approach higher land this week, at least until shaking hands with Quasimodo resistance at 0.7897. Interestingly, the aforesaid level resides within the lower range of daily supply mentioned above at 0.7937/0.7890. Therefore, this is likely a level sellers are mindful of this week.

The 0.7850 retest on the H1, based on higher timeframe chart studies, could attract additional bullish flow and reach for 0.79.

Following January’s bullish engulfing candle, buyers have attempted to find some grip in February. Although up by 0.7 percent, price is currently fading session tops.

Descending resistance (not considered traditional trendline resistance) takes the spotlight to the upside, etched from the high 118.66, whereas support inhabits 101.70.

Sellers remained in the driving seat Friday, poised to explore deeper water this week after closing south of the 200-day simple moving average at 105.51.

February 10th trough at 104.40 calls for attention, arranged just ahead of demand at 103.56/103.93. This is an interesting zone, given it was within this area a decision was made to generate seven back-to-back bullish days and penetrate a number of local peaks.

With respect to the RSI indicator, following earlier bearish divergence out of overbought territory, the value is now within a short walk of support at 57.00.

Friday’s price action derived from the demand area so far has been uninspiring, forming two back-to-back candles that wrapped up significantly off session highs (red arrows). Beyond the aforesaid demand, trendline support, etched from the low 102.59, is lying in wait.

With the RSI indicator dipping a toe in waters south of the 50.00 centreline, and Quasimodo support at 105.27 unlikely to have much bullish interest following Friday’s test, additional bearish flow towards the 105 figure could be in the offing in early movement this week.

The reaction from daily supply at 106.33/105.78, and subsequent push below the 200-day simple moving average around 105.51, echoes a bearish tone this week. This, therefore, places a question mark on upside flow derived from the monthly timeframe’s bullish engulfing candle.

In addition to the daily timeframe’s position (see above), and the H4 revealing restrained interest off demand at 105.26/105.14 along with H1 displaying scope to extend south of trendline support-turned resistance, sellers could take the wheel in early trade and take aim at 105.

On the back of a successful vaccination program across the UK, sterling, according to many desks, is poised to continue to outperform against the buck.

With support lingering below price at 1.3755, resistance at 1.4011 made its way into the spotlight on Friday, a previous Quasimodo support base.

While the RSI also stepped into overbought territory, this does not necessarily imply buyers are losing grip. On the contrary, the indicator can remain overbought for prolonged periods in trending environments.

As evident from the H4 scale, Friday bumped heads with supply at 1.4034/1.3989, a zone extended from April 2018. Despite price mildly scratching the upper side of the supply, it was unlikely enough to trip stops. This—coupled with sellers making a show heading into the closing hours of trade—underlines demand at 1.3942/1.3900 (prior supply), which happens to share space with a trendline support (1.3566).

Technicians who adopt multi-timeframe analysis will also acknowledge daily resistance at 1.4011 resides within the upper range of the aforementioned H4 supply.

A breakout north, on the other hand, highlights supply around 1.4076, though bear in mind 1.4111/1.4091 supply exhibits stronger historical significance.

A closer reading of price action on the H1 scale shows the unit crossed swords with a 100% Fib extension at 1.4011 (merges with daily resistance), posted north of the key figure 1.40.

1.40 is a widely watched level; buyers were likely taking profits around this region and breakout buyers entering long the break.

With the RSI demonstrating bearish divergence (although the value remains above 50.00) and H1 price action poised to perhaps pursue ground beneath 1.40, we could have the pair test the mettle of Quasimodo support at 1.3959. A break here potentially calls for the 1.39 level.

Monthly price remains optimistic, targeting 1.4376 tops. However, before the unit attempts to navigate higher levels, daily resistance at 1.4011 represents a possible stumbling block this week. Daily support is seen at 1.3755.