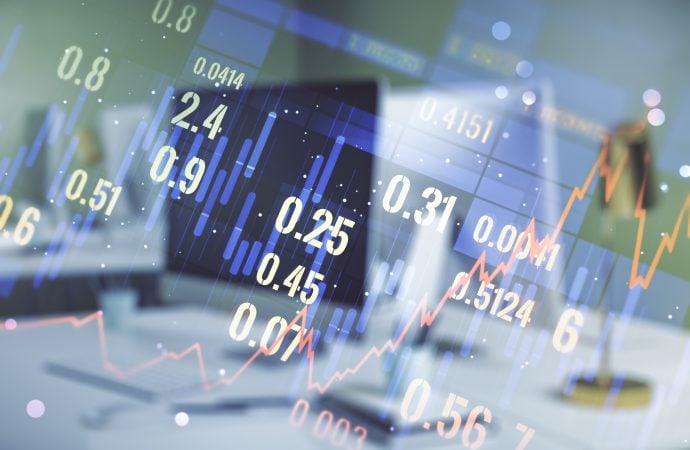 Deprived of resistance, the US dollar pencilled in a second consecutive gain last week, adding 0.7 percent, according to the US dollar index.

Support from 91.78-91.96 has proved persistent since the beginning of July, withstanding three successive downside attempts—the latest being early September.

Dollar bulls, as you can see, entered an offensive phase at the tail end of the week. While it’d be unwise to rule out a retracement at current levels, further buying could emerge as Quasimodo resistance calls for attention at 93.90. Strategically placed north of the 93.73 20th August high, and sharing space with 100% and 1.618% Fibonacci projections at 93.88 and 93.82, respectively, 93.90 delivers reasonably weighty confluence.

The relative strength index (RSI), a popular gauge of momentum, retested the 50.00 centreline over the week and is now on the doorstep of trendline resistance (taken from the high 92.41), pinned a short distance below overbought territory.

Europe’s common currency shed 0.7 percent versus a broadly-bid dollar last week, seating price action within range of prime support on the weekly timeframe at $1.1473-1.1583. Fibonacci enthusiasts will note the 100% Fib projection at $1.1613 and 1.27% Fib extension at $1.1550 circling the upper range of the aforesaid support. Interestingly, long-term stops likely rest south of the $1.1640ish lows, perhaps accommodating enough energy to fill $1.1473-1.1583 bids. With respect to trend on the weekly chart, the market has largely been bullish since the early months of 2020.

The second half of the week witnessed an acceleration to the downside, throwing light on Quasimodo support at $1.1689 from the daily timeframe. Albeit sponsoring a late August bid (black arrow), action from $1.1689 failed to find approval north of late July tops at $1.1909; therefore, this ranks $1.1689 as perhaps frail support this week.

Against the backdrop of higher timeframes, price action on the H4 chart passed through Quasimodo support at $1.1742 in strong fashion Friday. With $1.1742 likely to serve as resistance, the $1.1690-1.1705 decision point putting in an appearance should not surprise. Statistically, though, decision points left untested following the immediate move out of the base tend to offer unreliable structure. $1.1690-1.1705 also teams up closely with daily Quasimodo support mentioned above at $1.1689, which you may recall chart studies have labelled fragile.

In conjunction with the longer-term picture, a bearish energy is present on the lower timeframes this week.

Prime support at $0.6968-0.7242 on the weekly timeframe has been fighting to entice fresh bullish interest since the area powered a two-week recovery in late August. Failure to command position from $0.6968-0.7242 opens up support at $0.6673. Buyers regaining consciousness, nevertheless, has prime resistance at $0.7849-0.7599 to target. Trend studies on the weekly scale show we’ve been higher since early 2020. Consequently, the response from $0.6968-0.7242 could STILL be the beginnings of a dip-buying attempt to merge with the current trend.

The daily timeframe scraping through prime support at $0.7286-0.7355 in the latter part of the week broadcasts weakness. This delivers free rein to Fibonacci support at $0.7057-0.7126, set within the parapets of weekly prime support at $0.6968-0.7242. With the relative strength index (RSI) cementing position below the 50.00 centreline—telling traders that average losses over the 14-day lookback period surpass average gains—this adds weight to a bearish atmosphere.

Although the higher timeframe canvas favours sellers, the H4 timeframe touched gloves with prime support at $0.7236-0.7266 (glued to the upper edge of weekly prime support at $0.6968-0.7242). You may recall this area was made reference to throughout the week—see below from previous writing (italics):

Sellers assuming leadership yesterday hauled the currency pair through stacked demand on the H4 timeframe between $0.7282 and $0.7343, dropping to within a stone’s throw from prime support at $0.7236-0.7266. The latter may interest bullish eyes—a base arranged to receive downside momentum derived from sell-stops below stacked demand.

Weekly prime support at $0.6968-0.7242 is a key base on the bigger picture, though having noted the daily timeframe’s prime support giving up position at $0.7286-0.7355, a deep dive into the aforementioned weekly zone is a possibility.

The uninspiring vibe out of weekly demand is demonstrated by way of a consolidation on the daily timeframe between prime support at ¥108.96-109.34 and resistance from ¥110.86-110.27. Reluctance to commit outside of these areas toughens the consolidation; range limits, therefore, are likely to remain on the watchlist this week. In the event price deviates from range extremes, Quasimodo resistance at ¥111.11 is seen, along with a concealed Quasimodo support at ¥108.43. Based on the relative strength index (RSI), the value is confined to a consolidation surrounding the 50.00 centreline, between 40.87 and 56.85.

Price action on the H1 timeframe accommodated ¥110 on Friday, though momentarily explored ground north of the figure ahead of Quasimodo resistance at ¥110.11. Prime support coming in from ¥109.74-109.80 is particularly interesting, stationed beneath intraday lows around ¥109.81.

In harmony with the longer-term bullish image, any bearish attempt from ¥110 on the H1 could feed buyer interest from prime support at ¥109.74-109.80. This sets the stage for an initial upside objective at approximately ¥109.90ish.

In the shape of a hammer candlestick formation (bullish signal), supply-turned demand at $1.3629-1.3456 on the weekly timeframe stepped forward in July. The aforementioned zone remains active, welcoming an additional test mid-August. Yet, pattern traders will also note August’s move closed south of a double-top pattern’s neckline at $1.3669, broadcasting a bearish vibe. Conservative pattern sellers, however, are likely to pursue a candle close beneath $1.3629-1.3456 before pulling the trigger.

Sterling extended its underperformance against a spirited USD on Friday; the currency pair finished the week lower by 0.7 percent. Despite many desks forecasting an interest rate rise in the UK as early as May, candle action discovered deeper water below the 200-day simple moving average at $1.3829. This raises the possibility of Quasimodo support at $1.3609 presenting itself this week.

It was also aired in recent writing that the daily chart communicates a rangebound environment. Since late June, buyers and sellers have been squaring off between a 61.8% Fib retracement at $1.3991 and the noted Quasimodo support. Momentum, according to the relative strength index (RSI) value, however, is below the 50.00 centreline and on the doorstep of 40.00. This informs traders that momentum to the downside is increasing in the form of average losses exceeding average gains.

Interestingly, H4 prime support at $1.3689-1.3724 was acknowledged heading into Friday’s close. This area may interest those looking at price taking out stops beneath lows around $1.3730 (blue oval), with a primary profit objective set at $1.3765.

For those who read Friday’s technical briefing you may recall the following H1 analysis (italics):

Elsewhere, short-term action based on the H1 chart has the pair circling the lower side of $1.38, as we write. Interestingly, supply at $1.3837-1.3812 lurks directly overhead and could help facilitate what many traders will recognise as a stop-run after the event. Chart space below $1.38 shifts attention to Quasimodo support from $1.3751.

Scope to unearth lower price levels this week is a possibility, both on the weekly and daily timeframes. A reasonable downside target rests with the daily timeframe’s Quasimodo support at $1.3609, which sits within weekly supply-turned demand at $1.3629-1.3456.