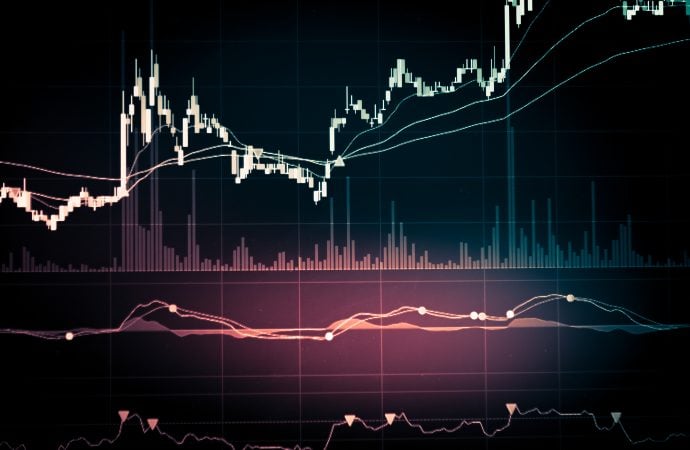 Versus a basket of six international currencies, the US dollar booked gains last week. Snapping a two-week bearish phase, the index navigated to within a stone’s throw of 2021 pinnacles at 94.56.

For those who read the previous weekly insight you may recall the following (italics):

Support at 93.90 (since removed), as well as the decision point from 92.71-93.53 and intersecting trendline support, are likely to be monitored this week for signs of dip-buying.

Evidenced from the chart, price action shook hands with the aforementioned supports, to which a stronger-than-expected recovery unfolded Friday. Resistance at 94.65 deserves notice this week, drawn from 9th March (2020) low and arranged just north of 2021 tops. Breaching resistance unmasks additional resistance from 95.86.

With reference to trend, the index has established a series of higher highs and higher lows since price made contact with support from 89.69 in May.

In conjunction with trend bias, the relative strength index (RSI)—a popular momentum gauge—defended support between 40.00 and 50.00 (commonly seen within trending environments). Informing traders momentum is to the upside, maintaining position north of 50.00 will likely be interpreted as a sign of strength until connecting with overbought space.

Confidence in prime support at $1.1473-1.1583 received a blow last week. EUR/USD abandoned hopes of higher levels at $1.1692 and, shaped by way of a bearish outside reversal candle, burrowed into the aforementioned support.

$1.1981-1.1848 supply is recognised as the next upside objective should buyers regain dominance, yet further underperformance shines the technical spotlight on a 61.8% Fibonacci retracement at $1.1281.

The tail end of the week watched price bump heads with Quasimodo support-turned resistance at $1.1689, and trendline resistance, taken from the high $1.2254. This guided the currency pair sharply lower (-1.0 percent) Friday to within reach of Fibonacci support between $1.1420 and $1.1522. Interestingly, noted support is fastened to the lower side of weekly support.

Sentiment has favoured downside since June, which is currently in line with the relative strength index (RSI), elbowing back under the 50.00 centreline from a top of 56.05. South of 50.00 shows average losses outweigh average gains, directing light to a possible test of oversold this week.

Friday’s precipitous decline, although swallowing a number of key supports, discovered some late relief from Quasimodo support coming in at $1.1541, assembled above support from $1.1495. Extending recovery gains this week swings the pendulum in favour of reaching resistance at $1.1584.

Bids surfacing just ahead of Quasimodo support at $1.1533 amid US hours Friday had price recoil modestly higher into the closing bell. Technicians may acknowledge the noted support is set just above the daily Fibonacci support at $1.1420-1.1522, with the H1 timeframe displaying the $1.15 figure.

As highlighted, H4 resistance at $1.1584 calls for attention to the upside, though based on the H1 we can see the horizontal line shares chart space with Quasimodo support-turned resistance at $1.1592, a 38.2% Fibonacci retracement at $1.1595 and the $1.16 figure.

The weekly timeframe’s bearish outside reversal implies prime support at $1.1473-1.1583 is vulnerable. However, before pulling the bearish trigger, Fibonacci support between $1.1420 and $1.1522 on the daily timeframe could still prove challenging for sellers.

In light of the bearish vibe, H1 resistance between $1.16-1.1584 serves a platform for sellers to work with early week, assuming price continues to defend H4 Quasimodo support at $1.1541.

Breakout sellers beneath H1 Quasimodo support from $1.1533 are urged to tread carefully, as sitting ten pips below is the daily timeframe’s Fibonacci support at $1.1420-1.1522.

According to the H4 scale, price movement stepped to near-five-month highs at $0.7555 in the second half of the week and pencilled in a mild retracement.

Scope to discover higher terrain remains on the weekly scale until reaching prime resistance at $0.7849-0.7599. Nevertheless, pasted to the lower side of this zone is active daily resistance at $0.7621-0.7551, which may be enough to persuade a bearish theme this week.

Upside from this level suggests the unit is headed for the H1 decision point at $0.7585-0.7567 or H4 Quasimodo resistance from $0.7599, which represents the lower side of weekly prime resistance.

Mid-October had candle action embrace resistance from ¥114.38 and touch a fresh three-year peak of ¥114.70. Violating the noted resistance may excite long-term bulls and highlight a 1.272% Fibonacci projection from ¥116.09.

Capping upside attempts since May 2017, ¥114.38 is considered ‘significant’ resistance in this market; bearish interest sets the stage for bringing in support at ¥112.16.

The Fibonacci cluster, made up of two 1.272% Fibonacci projections at ¥114.63 and ¥114.61, set a handful of pips beneath a deep 78.6% Fibonacci retracement at ¥114.94, continues to command attention on the daily timeframe. The noted resistance area, along with weekly resistance highlighted above at ¥114.38, is clearly a headwind for the currency pair right now.

Local trendline resistance, drawn from yearly tops at ¥114.70, received price action in closing trade Friday. This followed an earlier recovery from the ¥113.28-113.55 decision point—note the latter had its lower boundary clipped on Thursday.

Breaking local trendline resistance may liberate buyers, building a foundation for an approach to Quasimodo resistance at ¥114.46 and trendline support-turned resistance, taken from the low ¥109.12.

Fibonacci enthusiasts will note a modest cluster at ¥114.14, composed of a 1.618% Fibonacci projection and a 61.8% Fibonacci retracement. 1.618 is defined as a ‘golden ratio’, a value often delivering support and resistance in markets.

Weekly resistance at ¥114.38 represents a fundamental level, reinforced by the daily timeframe’s Fibonacci structure at ¥114.61.

Local trendline resistance on the H4 giving way early week sponsors a bullish theme to Quasimodo resistance at ¥114.46, placing a question mark on higher timeframe resistances and somewhat confirming the current uptrend. By extension, this might bring in a test of H1 support from ¥113.84, offering a dip-buying opportunity.

The flip side, of course, is nudging lower from H4 trendline resistance and H1 penetrating noted support. The H4 decision point at ¥113.28-113.55 in this case serves as a downside objective, followed by H1 Quasimodo support at ¥113.20.

The double-top pattern’s profit objective—measured by taking the distance between the highest peak to the neckline and extending this value lower from the breakout point—sits around $1.3093.

Trend on the weekly timeframe, nonetheless, has displayed an upside bias since pandemic lows in early 2020.

Corroborating the weekly timeframe’s downside bias is price action on the daily timeframe acquiring acceptance at trendline resistance, taken from the high $1.4250. Sheltered beneath a 200-day simple moving average at $1.3848, additional deterioration this week has support from $1.3602 to target.

With reference to current trend, despite the weekly timeframe eyeing higher levels, sentiment is directed lower for now on the daily timeframe, shaped in the form of lower highs and lower lows from June 1st top at $1.4250.

Bonding with daily trendline resistance, the second half of the week observed price sharply descend from trendline support-turned resistance, drawn from the low $1.3415.

Weighty selling heading into Friday’s US trading session guided price action beneath $1.37, touching a low of $1.3668.

Daily trendline resistance, taken from the high $1.4250, controlling position last week signals a bearish scene could evolve to daily support coming in at $1.3602. this is supported by the technical landscape on the weekly timeframe.