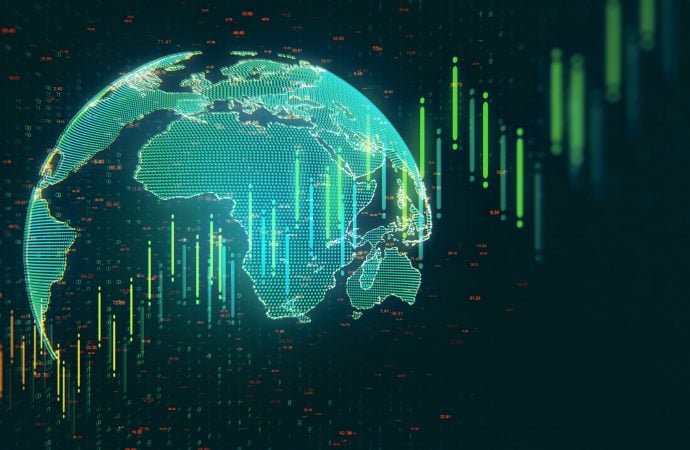 Measured by the US dollar index, the greenback fashioned a firm recovery last week, adding 0.6 percent and snapping a two-week bearish phase.

Leaving support at 89.34 unchallenged, USD bulls are likely taking aim at February 17 peak around 91.05, with subsequent outperformance to perhaps shake hands with the 127.2% Fib projection at 91.44. Additional resistances to observe this week are 92.26, a level surrounded by a 61.8% Fib level, a 127.2% Fib projection and a 100% Fib extension at 92.38, 92.36 and 91.96, respectively. Traders may also acknowledge the 200-day simple moving average lurking at 93.12—these dynamic values commonly provide support and resistance, therefore worth keeping an eye on in the first full week of March should we take on higher terrain.

Trend studies, as highlighted in previous weekly writing, show the buck has echoed a downside bias since topping south of the 103.00 figure in March 2020. This, of course, adds weight to the aforementioned resistances this week. Submerging support at 89.34 possibly adds conviction to the bearish narrative and may also spur longer-term breakout selling interest.

Against the backdrop of technical price action, the RSI indicator finished last week north of the 50.00 centreline and is currently stalking the underside of channel support-turned resistance.

Following Thursday’s clear-cut shooting star pattern, missing Quasimodo resistance at 1.2278 by a whisker, Friday fell sharply. The firm month-end USD bid was the main driver behind EUR/USD weakness, a move shining the technical spotlight on demand from 1.1923/1.2001 this week, an area housing support at 1.1965 (a previous Quasimodo resistance).

Out of the RSI, the indicator rotated south a touch below resistance at 60.30, pulling the value beneath the 50.00 centreline.

Friday’s one-sided decline squeezed through bids at Quasimodo support from 1.2135, with price action subsequently retesting the underside of the level as resistance. This led to the unit marginally breaching trendline support heading into the close, pencilled in from the low 1.1952.

Ultimately, the trendline break could welcome demand at 1.2019/1.2037 this week, an area withstanding downside pressure mid-February.

Friday was a day for taking stops on the H1 scale.

Early London observed trendline support give way (etched from the low 1.2023), trapping buyers and unlocking the door for breakout sellers. Subsequently, the 1.21 level, although supportive for a brief period, also caved and trapped buyers.

Interestingly, the RSI bumped heads with oversold territory on Friday, with support at 20.64 also in sight.

While the monthly chart exhibits scope to climb over the coming weeks, a dip to daily demand at 1.1923/1.2001 could be in store before buyers attempt to make an entrance.

In one fell swoop, the Australian dollar fell more than 2 percent versus the US dollar on Friday, generating enough force to unnerve longs around trendline support, taken from the low 0.5506. This followed Thursday’s bearish outside reversal pattern from supply at 0.8045/0.7985 (located south of monthly supply at 0.8303/0.8082), a move supported by RSI bearish divergence (note Friday ended beneath the 50.00 centreline).

RSI movement, as you can see, spent Friday trekking oversold terrain with the indicator also chalking up bullish divergence towards the end of the session.

Resistance-turned support at 106.11 entered the fray early Friday, bolstered on the back of broad-based USD buying (DXY nearing 91.00).

Additional areas worthy of attention are support at 105.74 (prior Quasimodo resistance) and trendline support, drawn from the low 102.59.

In view of the uptrend, sellers are likely to be guarded at supply from 106.69/106.62. A H1 close sub 106.50, however, may persuade additional selling, targeting trendline support, derived from the low 104.92, followed by the 106 figure. Any sustained bullish move above the aforesaid supply this week shifts attention to the 107 figure.

The stops taken above daily supply from 106.33/105.78 and the subsequent test of Quasimodo resistance at 106.58 unearths a possible bearish theme this week. Though before sellers step forward, price may shake hands with nearby supply at 107.58/106.85.

The above, of course, is somewhat out of tune with the monthly timeframe’s direction, bound for possible follow-through buying towards descending resistance.

Despite the trendline breach—a sign buyers have taken the wheel—primary trend structure on the monthly scale reveals the trend has faced lower since early 2008, unbroken (as of current price) until 1.4376 gives way—April high, 2018.

Mid-week trading established tops just south of Quasimodo resistance at 1.4250, underpinning a sharp slump heading into the latter part of the week.

Support at 1.4011 delivered little in terms of bullish flow, with Friday’s break throwing light on trendline support, drawn from the low 1.1409, a level sharing space with support at 1.3755.

RSI resistance made an entrance at 76.14, capping upside since late 2017, with the value exiting overbought terrain and settling within a whisker of the 50.00 centreline.

As you can see, Friday’s reply from demand was mostly unresponsive, hinting at a test of support from 1.3852, with additional downside bringing light to familiar demand at 1.3761/1.3789 (fixed north of daily support mentioned above at 1.3755).

Despite a decline in early Asia, buyers and sellers subsequently squared off around the 1.39 figure and prompted a pullback to 1.3959 resistance—a previous Quasimodo support base plotted just under the key figure 1.40.

The RSI oscillator, as you can see, made its way from oversold terrain on Friday and mildly topped ahead of the 50.00 centreline.