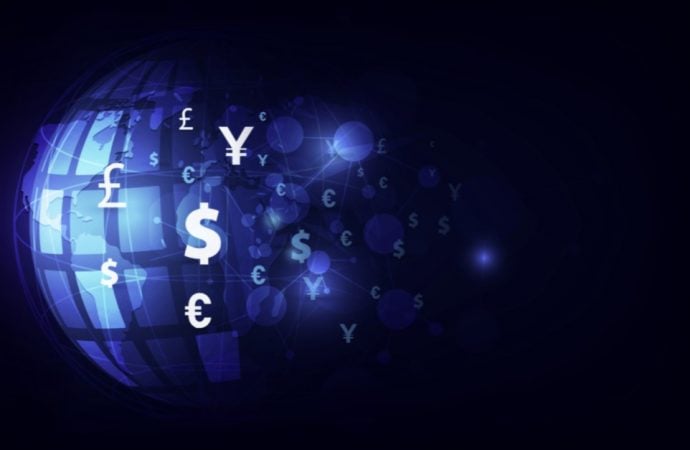 Adding 0.7 percent, buyers navigated from daily demand at 92.71/93.14 (a drop-base-rally formation) at the beginning of the week and eventually revisited a daily trendline formation (102.99), a level linked with a small area of daily supply at 94.08/93.84. Traders will also note the RSI oscillator is seen closing in on trendline resistance (prior support).

Bringing down the aforesaid resistances this week establishes a basis for buyers to take aim at daily resistance from 94.65 and, maybe after a strong coffee, even the longer-term daily resistance level at 95.83.

In the context of trend, previous research highlighted the following:

Interestingly, though, before sellers can reach for support at 1.1553 (arranged just under 1.1612 [September 25 low]), trendline support (prior resistance – 1.2011) must be dethroned. Should buyers take charge here, price taking on current supply and zeroing in on another layer of supply at 1.2012/1.1937 is also a possible scenario.

Friday witnessed an enthusiastic, albeit short-lived, intraday run to fresh pinnacles just south of 1.1750 resistance (and the 100-period simple moving average). Confirmed by RSI hidden bearish divergence, price re-entered space beneath channel resistance (1.1798) and shined light back on a support area made up of 1.1684 support and the 1.17 level (green).

So far, we’ve seen limited effort from buyers off daily trendline support, indicating sellers may be gearing up for another wave lower, targeting 1.1553 daily support.

The month of September (lower by 2.9 percent) shattered a five-month winning streak and tested the upper border of demand at 0.7029/0.6664 (prior supply). Structurally speaking then, buyers still have the advantage, free to explore as far north as 0.8303/0.8082 in the coming months, a supply zone aligning closely with trendline resistance (prior support – 0.4776).

Another key observation on the daily chart is the RSI oscillator fading support-turned resistance at 52.00, with the value now trading at 40.00.

Following Thursday’s one-sided decline, demand at 0.7073/0.7097 had its lower boundary taken out, with buyers and sellers competing for position Friday.

With stops under the aforesaid demand possibly consumed, additional bearish sentiment towards demand at 0.7014/0.7035 could be seen this week.

Friday offered little in terms of market movement, pencilling in a narrow range between 0.7098/0.7070.

Voyaging to lower levels this week throws light on 0.7050 support, with a break unmasking the widely watched 0.70 level.

The reaction seen from the current H1 channel resistance, therefore, could be sufficient enough for sellers to extend losses, with 0.7050 targeted, as well as the upper edge of daily demand at 0.7042, followed by the upper base of H4 demand at 0.7035 and then the 0.70 round number (H1). 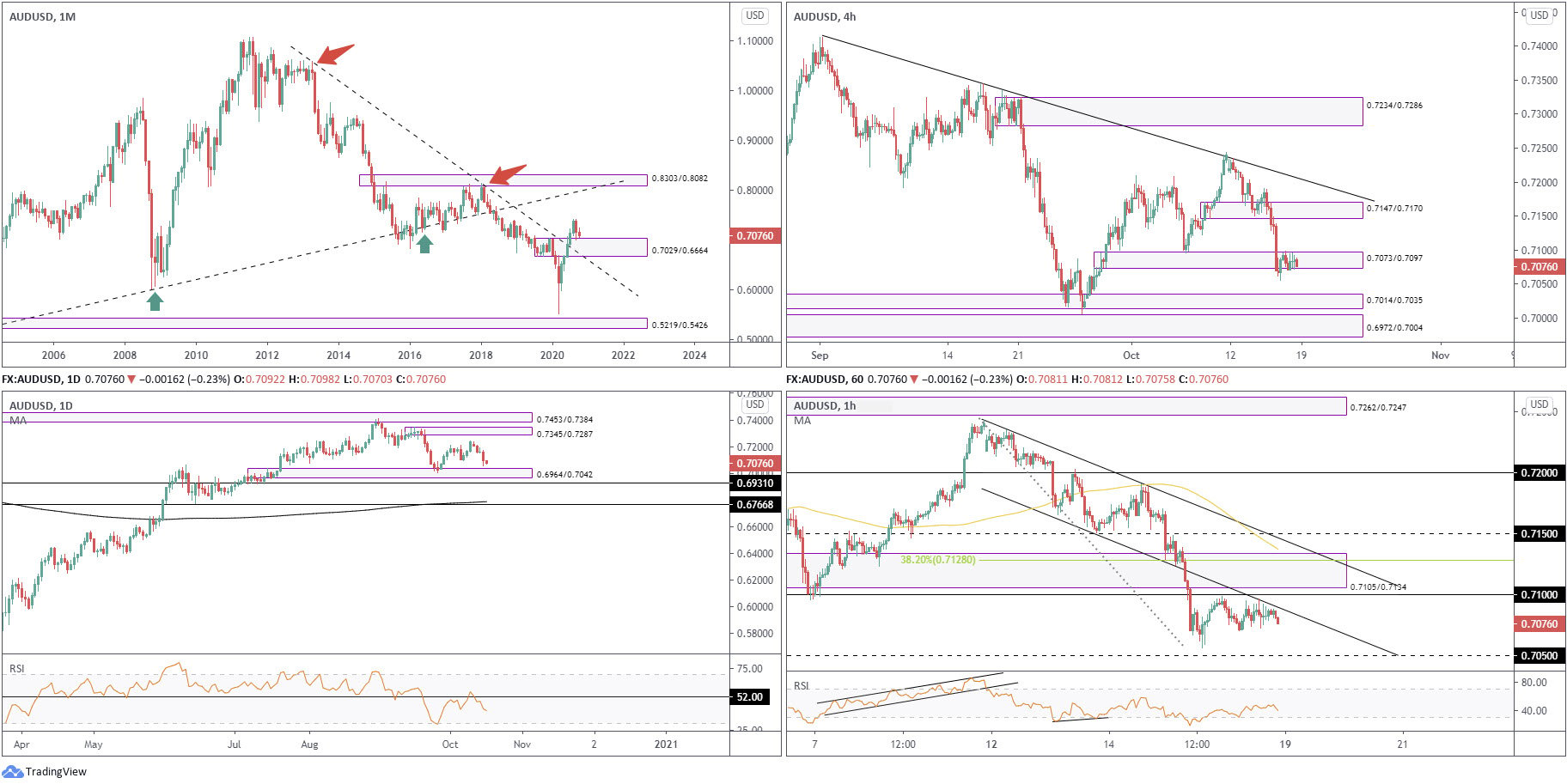 Since kicking off 2017, USD/JPY has been carving out a descending triangle pattern between 118.66/104.62. July 2020 onwards, as you can see, has had price toying with the lower boundary of the aforesaid pattern.

Monthly support at 104.62 (the lower boundary of the monthly descending triangle) awaits to receive price should sellers improve their position this week.

105.50 is also interesting resistance, though beyond here Fibonacci enthusiasts may be drawn to the Fib cluster around 105.63, which is accompanied by a neighbouring supply at 105.71/105.77 (prior demand).

Direction is somewhat muted on the higher timeframes at the moment, largely consolidating between daily supply at 106.33/105.78 and a monthly support level at 104.62.

Sterling’s near-1 percent plunge last Thursday against a broadly stronger US dollar, positioned Friday’s candles around the upper frame of familiar demand at 1.2836/1.2881, a drop-base-rally formation.

Should buyers step in this week, resistance at 1.3006 represents a potential obstacle, while a decisive break uncovers supply around 1.3116/1.3160 (prior demand).

Additional selling this week, however, movement that dethrones the aforesaid demand, throws light on support at 1.2773.

The bigger picture on GBP/USD shows technical elements favouring a bearish setting this week, at least until daily demand at 1.2645/1.2773 makes an entrance.

Against the negative backdrop of higher timeframe structure, intraday technicians are currently working with a collection of H1 supports around 1.29 and a H4 demand at 1.2836/1.2881.

Traders who follow a multi-timeframe approach, therefore, may wait and see if H1 closes above 1.2950 before considering a bullish position, due to the threat of additional downside on the higher timeframes.