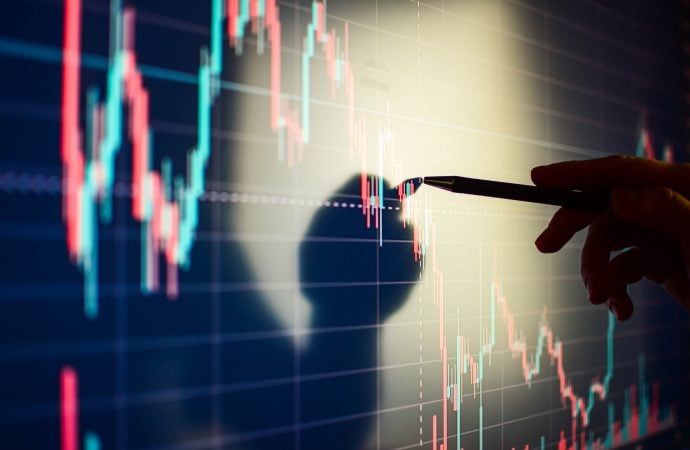 In the face of the prior week’s shooting star—a candlestick formation frequently interpreted as a bearish signal—dollar bulls went on the offensive last week and added 0.7 percent.

According to the US dollar index (ticker: DXY), additional recovery gains shine the technical spotlight on the 93.44 31st March high, established alongside a 100% Fib projection and neighbouring Quasimodo resistance from 93.90. Lower on the curve, the widely watched 200-day simple moving average is on the radar (91.37), grouped with substantial support at 90.64-91.40.

Trend studies reveal the greenback has echoed a recovery phase since the beginning of 2021, following a sizeable decline during 2020. After realising support at 89.34 (a level displaying historical significance), this has motivated a bullish defence, up +3.0 percent year to date.

Although comfortable north of the 200-day simple moving average, which many technicians acknowledge as bullish suggestion, a longer-term trend change is recognised above the 94.74 25th September (2020) high (blue arrow). By the same token, beyond the 89.21 6th January low (red arrow), chart studies suggest an extension to the 2020 downtrend.

The relative strength index (RSI), a popular gauge of momentum, is content above support at 55.67 (a level with clear history dating as far back as April 2020). This demonstrates that momentum remains to the upside, despite exiting overbought territory and moulding bearish divergence heading into July.

Out of the relative strength index (RSI), the value occupies trendline support-turned resistance, extended from the low 29.54. Resistance is close by at 51.36, serving reasonably well since November 2020. A breakout above 51.36 signals momentum is to the upside (average gains surpass average losses) and, therefore, traders could observe a breakout above the noted falling wedge.

Aside from June’s downside bias, technical areas to be mindful of this week are Quasimodo support from $1.1749 and Quasimodo resistance coming in at $1.1880.

In light of Friday’s lacklustre performance, the unit remained toying with $1.18. Thus, for those who read Friday’s technical briefing you may recall the following (italics):

The relative strength index (RSI) is attempting to climb the 50.00 centreline, which if successful implies momentum could strengthen and take aim at overbought conditions.

In conjunction with the monthly, the daily timeframe is chalking up a falling wedge ($1.1847/$1.1975), which, given June’s decline, highlights a potential reversal pattern.

The $1.18 figure is currently offering a floor, though attracts limited convergence with additional technical tools. Traders may, nonetheless, feel the round number is fragile due to the unit trending lower since June.

Month to date, July is down 1.4 percent.

Territory above demand points to the 200-day simple moving average at $0.7581, a dynamic value sheltered below resistance from $0.7626.

For those who read Friday’s technical briefing you may recall the following (italics):

The report also went on to observe that the big figure $0.74 may also interest traders, having seen the level arranged above monthly support at $0.7394. Traders are urged to pencil in the possibility of a whipsaw through $0.74 to test the monthly barrier, action which could welcome buyers into the market.

With regards to the relative strength index (RSI), the value is back on the doorstep of oversold after failing to find acceptance above the 50.00 centreline.

Monthly support at $0.7394 making an arrival, a level housed within the lower range of daily supply-turned demand at $0.7453-0.7384, might prompt a bullish scenario.

Month to date, July trades 1.0 percent in the red.

The technical picture from the daily chart shows price languishing below trendline support-turned resistance (taken from the low 102.59), an ascending line mingling with long-term resistance at ¥111.88-111.20.

Trend studies—despite the trendline support breach early July—reveals the pair has been trending higher since the beginning of the year.

Concerning momentum, the relative strength index (RSI) spun lower from within a whisker of a recently breached ascending channel between 58.82 and 47.51, and finished the week sub-50.00: the indicator’s centreline. This informs traders that average losses exceed average gains, therefore traders are likely to monitor the indicator closely below 50.00 for further deterioration.

The relative strength index (RSI) levelled off a touch under overbought Friday as price clipped the 61.8% Fib ¥110.32. Interestingly, the indicator’s value stepped through the 50.00 centreline into the close, signifying further downside momentum. Indicator support set within oversold at 18.76, therefore, is in view.

Monthly action encourages a bullish outlook, following April’s retest of descending resistance-turned support, pulled from the high ¥118.66. This is somewhat clouded by the daily timeframe trekking through trendline support, drawn from ¥102.59.

The above implies a retracement as far south as supply-turned demand from ¥107.58-106.85, prior to monthly bulls taking the reins.

A H1 close below ¥110 hints at a bearish theme to H1 Quasimodo support at ¥109.61. A ¥110 retest in the form of resistance, therefore, may appeal to any bearish interest.

The tail end of the week watched sterling slip versus the buck, fashioning two back-to-back bearish candles. This informs chartists that Quasimodo support at $1.3609 (connected with a 38.2% Fib retracement at $1.3641 and the 200-period simple moving average, circling $1.3685) could be thrown in the mix this week.

Momentum studies, according to the popular relative strength index (RSI), recently came within a whisker of the 50.00 centreline and concluded the week under 40.00. With that, traders are urged to monitor for a possible oversold signal this week.

Bids thinned at $1.38 during US trading on Friday, following an earlier test at the underside of the 100-period simple moving average at $1.3839.

Subsequent flow witnessed sellers strengthen their grip, boosted on the back of a USD bid and technical breakout selling.

Downside momentum also pulled the relative strength index (RSI) to within touching distance of oversold territory at the week’s end. Should the value turn from oversold, bullish divergence might develop, a signal showing strengthening momentum.

Yet an upside move would shift attention back to daily resistance at $1.4003.