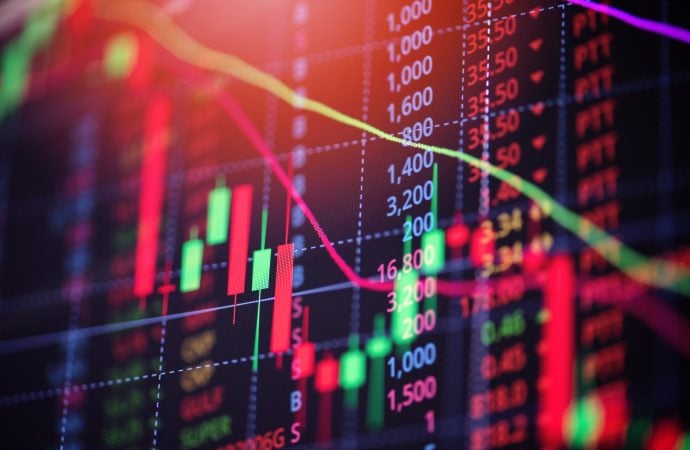 According to the US dollar index, the greenback extended the recent retracement slide by 0.7 percent last week and concluded a touch off session lows.

Technical movement observed an early-week retest at the lower side of the 200-day simple moving average, currently circling 92.21. This followed the prior week’s downside breach of the said SMA, movement typically interpreted as a bearish cue. Chart studies also shine light on nearby Quasimodo support coming in from 91.36, with subsequent selling unmasking additional layers of support at 91.00 and 90.00.

For those who read the previous week’s technical market insight, you may recall the report underlined that trend studies have displayed a downside bias since topping in March 2020, shaped by way of clear lower lows and lower highs (black arrows). Interestingly, the 93.43 31st March peak echoes the early stages of a bearish wave within the current downtrend (dashed black arrow).

RSI movement travelled south of the 50.00 centreline last week, implying momentum remains to the downside for the time being. This unearthed support at 41.24, though a break of the level indicates oversold space could be challenged.

Following the three-month retracement slide, demand at 1.1857-1.1352 sparked a resurgence of bullish activity in April, up 2.2 percent MTD. The possibility of fresh 2021 peaks is on the table, followed by a test of ascending resistance (prior support – 1.1641).

A closer reading of price action on the daily scale reveals EUR/USD voyaged north of the 200-day simple moving average at 1.1900 the week ending April 9th. While interpreted as a bullish signal, buyers and sellers squared off around resistance at 1.1966 at the tail end of last week.

Despite the 2021 retracement slide, trend studies show the pair has been trending higher since early 2020.

RSI analysis has the value hovering within touching distance of resistance at 60.30. This follows a trendline resistance breach (taken from the peak 75.97) as well as the formation of a bullish failure swing.

As can be seen from the H1 chart, 1.1956-1.1945 demand proved an effective floor last week, withstanding numerous downside attempts (representing a decision point to break through remaining offers within supply at 1.1956-1.1935).

Trendline support, extended from the low 1.1738, and the 100-period simple moving average at 1.1954, represent additional areas of importance. To the upside, nonetheless, technical analysts will note the 1.20 figure, a widely watched psychological level which may serve as resistance this week. Note that 1.20 resides ten pips above H4 resistance at 1.1990.

The view from within the RSI oscillator has seen the value weave around the 50.00 centreline since early Thursday. Support to be mindful of rests at 35.45, with resistance tucked inside overbought space at 78.97.

The technical landscape on the bigger picture has buyers at the wheel for now, with monthly price attempting to claw its way out of demand at 1.1857-1.1352. This helps explain the lack of selling around daily resistance at 1.1966.

The above hints at bullish attempts this week, at least until price shakes hands with daily resistance at 1.2058.

The bullish vibe stemming from higher timeframes places H4 resistance at 1.1990 in question, along side the 1.20 figure on the H1.

Demand at 0.7029-0.6664 (prior supply) is featured to the downside, should we see a bearish showing over the coming months.

The Australian dollar modestly snapped a three-day winning streak on Friday, within striking distance of resistance at 0.7817. North of the latter, supply at 0.8045-0.7985 is on the radar.

Momentum remains above the 50.00 centreline, according to the RSI oscillator. Increased upside momentum this week is likely to elbow things to channel resistance, drawn from the high 80.12.

Quasimodo resistance at 0.7800 deserves notice as the next potential ceiling this week, closely stationed by demand-turned supply from 0.7848-0.7867.

RSI action dipped a toe in waters beneath 50.00 on Friday, threatening possible moves into oversold space, in particular support at 19.40.

The daily timeframe displays scope to approach resistance at 0.7817 this week. Overthrowing this level underscores a possible bullish phase to supply at 0.8045-0.7985.

April, currently down 1.7 percent, is retesting the breached descending resistance, movement that may eventually ignite bullish flow. With respect to long-term upside targets, supply at 126.10-122.66 calls for attention.

Bids and offers were pretty much even on Friday, establishing what’s known as a doji indecision candle.

109 calls for attention to the upside, while any bearish flow could lead to support at 108.39.

Momentum dipped in line with price action on Friday, with the RSI oscillator now facing trendline support, taken from the low 20.94. It’s also worth pointing out the RSI crossed beneath the 50.00 centreline, indicating the possibility of increased strength to the downside.

While the above H4 zones may be sufficient to encourage bullish interaction, Friday’s lacklustre buying from H1 demand at 108.60-108.71 suggests the unit could be headed for H1 support at 108.39 before buyers attempt to make a show. Note the aforesaid support resides within the lower range of H4 demand noted above at 108.31-108.50.

April has offered limited action so far, currently up by 0.4 percent.

Sterling recovered earlier losses against the buck Friday and finished around session tops.

Despite the near-two-month corrective slide, GBP/USD has been trending higher since early 2020.

RSI movement finished Friday a touch above the 50.00 centreline, suggesting momentum to the upside could continue to gather traction this week.

Latest developments out of the H4 chart reveal Friday crossed swords with trendline support-turned resistance, taken from the low 1.3670. Note this structure is sheltered just under resistance parked at 1.3852.

A rejection from the said resistances this week throws light back on a possible 1.3680 support test, while scaling above resistance tips the scales in favour of a push to April 6th top at 1.3919 mentioned above on the daily timeframe, with further outperformance to perhaps take aim at H4 Quasimodo resistance at 1.4007.

Friday swept through any offers around 1.38 on Friday and triggered buy-stops. Technicians will note that price formed a bearish outside reversal into the close, alongside RSI action testing a trendline support-turned resistance (taken from the low 27.61).

What’s also technically appealing on the H1 scale this week is the Fib cluster (resistance) around 1.3870.

Although the monthly trendline resistance breach in late 2020 promotes a long-term bullish vibe, traders will likely want to see 1.4376 taken out before committing.

Over on the shorter-term charts, buyers face a potential ceiling on the H4 scale at trendline resistance and horizontal resistance at 1.3852. H1 also turns the headlights on a Fib cluster around 1.3870. Given this, between 1.3870 and 1.3840ish, sellers could make an entrance in early trading this week, perhaps zeroing in on the 1.38 figure on the H1.