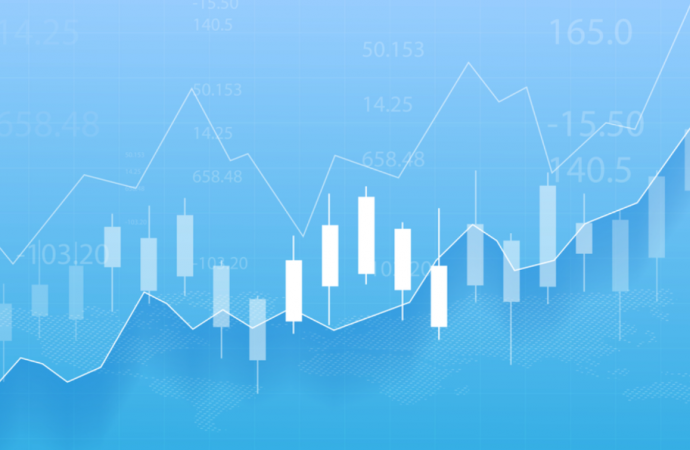 Against a basket of six international currencies, the US dollar left behind another subdued close last week, despite marginally refreshing one-year highs at 94.56.

Closely resembling the prior week’s market insight, support from 93.90 and long-term resistance at 94.65 remain prominent levels this week. Note the former—a previous Quasimodo resistance—greeted price movement at the tail end of the week, delivering a tentative ‘floor’ into the close.

Shadowing current support is a 92.71-93.53 decision point, in addition to trendline support, drawn from the low 89.84. The point in which the aforementioned areas intersect is a location buyers could emerge from.

With reference to trend, since mid-May the index has established a series of higher highs and higher lows since price made contact with support from 89.69. Under these circumstances, coupled with current support, further USD buying could be in the offing.

Upside momentum, however, has visibly decelerated, portrayed through the relative strength index (RSI) generating bearish divergence and a trendline support (taken from the low 39.47) breach. The 50.00 centreline is likely watched, with analysts perhaps anticipating support from this region, aided by neighbouring trendline support, extended from the low 20.95.

Mid-week trade watched EUR/USD bulls enter an offensive phase just north of Fibonacci support between $1.1420 and $1.1522 (glued to the lower side of the weekly timeframe’s prime support). Resistance from $1.1614, however, swiftly put a lid on gains, with price chalking up back-to-back shooting star candle patterns. Brushing aside current resistance elbows Quasimodo support-turned resistance at $1.1689 in sight.

In terms of trend, sentiment has favoured downside since June. The relative strength index (RSI), on the other hand, recently established bullish divergences, indicating positive momentum. The 50.00 centreline is likely a watched level this week, similar to the US dollar index (above).

The H4 timeframe’s pennant formation, according to H1 structure, is enclosed between supply at $1.1628-1.1615 and support from $1.1584. Should price dethrone current supply, as suggested by the aforementioned H4 continuation pattern, October 4th high is seen at $1.1640, followed by H4 resistance at $1.1665.

As momentum continues to gain traction, traders are urged to note the relative strength index (RSI) is zeroing in on overbought territory, ending the week at 64.00. Indicator resistance is seen at 74.80.

$0.7426 resistance entertained price action Friday, though also tolerated a modest whipsaw to nearby Quasimodo resistance at $0.7441. Both levels remained in place into the close.

Lower on the curve this week, Quasimodo resistance-turned support falls in at $0.7394, with a break uncovering trendline support, etched from the low $0.7170.

The US dollar settled 1.8 percent higher against the Japanese yen last week, recording its largest weekly gain since March 2020 and stretching to a three-year peak of ¥114.47.

Resistance at ¥114.38 deserves notice; a decisive reaction from here this week sets the stage for bringing in support at ¥112.16.

Powered higher on the back of risk-on sentiment, Friday came within a stone’s throw of reaching a Fibonacci cluster. Made up of two 1.272% Fibonacci projections at ¥114.63 and ¥114.61, together with a deep 78.6% Fibonacci retracement at ¥114.94, this area, along with weekly resistance highlighted above at ¥114.38, is a potential headwind for the currency pair this week.

Following an early break above the upper limit of an ascending triangle (low: ¥113 high: ¥113.79 [generally viewed as a bullish continuation structure]), Friday came within touching distance of reaching the formation’s profit objective (thick black arrows) at ¥114.64.

Adding to the above, technicians will note that joining current weekly resistance at ¥114.38 is channel resistance, extended from the high ¥112.05.

Holding beneath the aforementioned resistances points to a retest of the upper side of the ascending triangle early week, with subsequent selling interest directing light towards channel support, pencilled in from the low ¥109.12.

In similar fashion to the bigger picture, a healthy cocktail of resistance is evident on H4 and H1 timeframes.

Ultimately, sterling has been bid on bullish comments regarding interest rates from the Bank of England (BoE). Nevertheless, helping to discourage additional buying in this market is trendline resistance, taken from the high $1.4250, and the 200-day simple moving average at $1.3841. The combination of the two offers powerful confluence.

The relative strength index (RSI) secured position above the 50.00 centreline last week, zeroing in on resistance at 58.70. Removing the latter this week places overbought space in the firing range.

Friday’s 0.5 percent advance pulled GBP/USD to within range of channel resistance, extended from the high $1.3640, and Fibonacci resistance between $1.3807 and $1.3785. What’s also technically interesting is the daily timeframe’s trendline resistance aligns closely with H4 structure.

US hours Friday connected with resistance at $1.3764 and mildly pared gains. North of noted resistance tips the balance towards $1.38, which joins with a 200% Fibonacci extension and nearby 100% Fibonacci projection at $1.3813.

Although we have seen buyers enter the frame this month from supply-turned demand at $1.3629-1.3456 on the weekly scale, traders are urged to monitor the daily timeframe’s trendline resistance this week, taken from the high $1.4250, as well as the 200-day simple moving average at $1.3841. This combination suggests strong confluence, and therefore possible resistance.

Fibonacci resistance between $1.3807 and $1.3785 on the H4 timeframe is likely on the watchlists for many price action traders this week. Not only does the area bring channel resistance to the table, the H4 zone dovetails closely with daily trendline resistance, in addition to the H1 timeframe’s resistance formed between $1.3813 and $1.38.