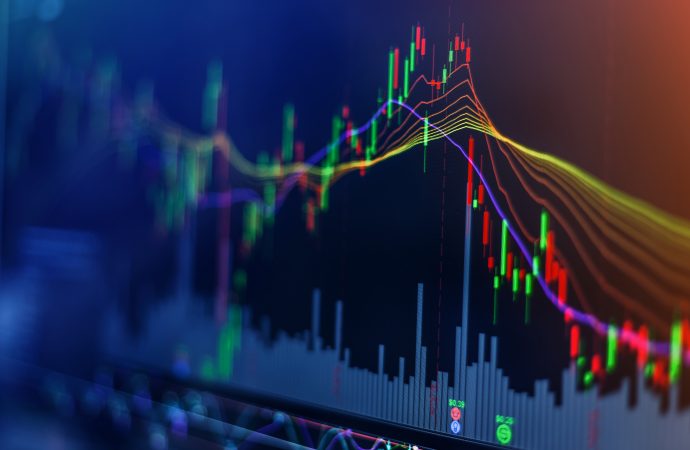 Technical observations on the daily timeframe reveal the currency pair forming a potential whipsaw above a 7-month trendline resistance, extended from the high $1.2254. Note also that price movement established a bearish engulfing candle (a reversal pattern in which focus is directed to the real candle body rather than upper and lower shadows). Should bearish follow-through emerge this week, Quasimodo support offers an obvious target at $1.1213.

For those who read Friday’s technical briefing you may recall the following:

Fibonacci resistance between $1.1506 and $1.1476 served this market well at the tail end of the week, welcoming a one-sided decline on Friday and throwing light on support at $1.1382, closely followed by a decision point at $1.1354-1.1379. Harmonic traders (much like the weekly timeframe) will acknowledge that the 1.272% Fibonacci projection at $1.1476 forming the lower side of the noted resistance is commonly referred to as an ‘alternate’ AB=CD formation (extended D leg).

What also gave credibility to the Fibonacci resistance (underlined in previous writing) was the area overlapping the lower edge of weekly resistance from $1.1473-1.1583.

The technical framework on this chart, therefore, shines light on a possible test of support at $1.1382 and neighbouring decision point at $1.1354-1.1379 early week.

A closer reading of price action on the H1 shows Friday led the currency pair under support at $1.1452, which was subsequently retested and established resistance. Merging trendline support, drawn from the low $1.1285, and the psychological base at $1.14 was later tested and held into the close. $1.14 failing to hold places demand at $1.1363-1.1375 in view.

As you would expect, the relative strength index (RSI) dipped a toe in oversold waters, but departed the range prior to the close.

Weekly resistance at $1.1473-1.1583 elbowing its way into the spotlight and the daily timeframe chalking up a bearish engulfing candle around trendline resistance, extended from the high $1.2254, promotes a bearish climate this week.

Resistance—made up of a 61.8% Fibonacci retracement at $0.7340, a 100% Fibonacci projection at $0.7315, an ascending resistance, drawn from the low $0.7106, trendline resistance, drawn from the high $0.7891, and the 200-day simple moving average at $0.7423—came within a pip of making an entrance on Thursday and finished by way of a shooting star candle (bearish configuration). Friday answered with a near-full-bodied bearish candle, erasing 1.0 percent.

The relative strength index (RSI) continues to circle the 50.00 centreline. $0.7423-0.7315 sellers, therefore, will likely be watching for the indicator to secure position beneath the 50.00 neighbourhood this week, movement that informs market participants that average losses exceed average gains.

Prime resistance drawn from $0.7323-0.7308 was a highlighted area in recent analysis, receiving price action on Thursday.

Thursday’s response and Friday’s additional softness manoeuvred through support at $0.7250 (now a marked resistance level). The $0.7169-0.7187 demand is next in the line of fire for sellers, with Quasimodo support residing a touch below at $0.7146.

Supporting the modest $0.72 ‘bounce’ is the relative strength index (RSI) poking oversold space. A decisive exit from this range informs short-term traders that average gains are beginning to outweigh average losses on this timeframe: positive momentum. Indicator support rests nearby at 19.17.

Having noted space for sellers to zero in on H4 demand at $0.7169-0.7187, dipping under $0.72 to test H1 Quasimodo support at $0.7168 (plotted just beneath H4 demand) is a possible situation this week. Alternatively, H1 bids may remain off $0.72, looking at a potential run back to H1 resistance at $0.7273. Holding $0.72 is also bolstered by the RSI testing oversold and (from a higher timeframe perspective) weekly price inhabiting prime support.

In terms of trend, the unit has been advancing since the beginning of 2021, welcoming a descending resistance breach, drawn from the high ¥118.61. In consideration of the trend, a dip-buying theme forming between ¥112.16 and ¥114.38 is a reasonable assumption.

Technically aiding bearish action last week was Quasimodo resistance at ¥116.33 on the daily timeframe, seated above the weekly timeframe’s 1.272% Fibonacci projection from ¥116.09. Following two decisive bearish days, Friday pencilled in a hammer pattern, void of an obvious technical floor. Note that the real body colour of hammer formations (and shooting stars) are irrelevant.

Downside momentum slowing (showed through bullish divergence on the relative strength index) in the second half of the week, in spite of breaching (and retesting as resistance) the ¥114 psychological figure, EUR/USD bulls consequently adopted an offensive phase off support at ¥113.56 and finished the week settling above ¥114 in the form of a shooting star bearish candle pattern.

Resistance is seen above at ¥114.32; subsequent bullish moves target Quasimodo support-turned resistance at ¥114.83 and the ¥115 figure.

Weekly price modestly stabbing through resistance-turned support from ¥114.38 and open space to journey lower on the daily timeframe to demand at ¥112.66-112.07 submits a potential bearish play this week.

Should lower prices take form, a dip-buying phase remains on the table between the said daily demand and a decision point from ¥111.18-111.79 (joined by weekly support at ¥112.16).

In line with the bearish perspective on the bigger picture, the H4 decision point from ¥114.72-114.51 and associated H4 technical levels is a possible target area for sellers early week. In order to reach the above area, nevertheless, a H1 resistance breach at ¥114.32 must come about.

Counter to the weekly timeframe is the daily timeframe bonding with the lower side of the 200-day simple moving average at $1.3733 last week. Thursday assembled a shooting star candle formation (bearish signal) and Friday sailed to a low of $1.3653.

Observed support falls in at $1.3602, aided by neighbouring trendline resistance-turned support, taken from the high $1.4250. Conquering the SMA this week, on the other hand, sets the technical stage to as far north as Quasimodo resistance at $1.3892.

The relative strength index (RSI) recorded overbought conditions in line with price testing the noted SMA and exited the area into the week’s close. This is considered by many technicians a sign upside momentum is beginning to slow and bears could take the wheel.

Quasimodo resistance-turned support at $1.3667 embraced price action in the final hours of trade Friday, backed by the relative strength index (RSI) dropping in on oversold terrain to a low of 25.09. This followed a decisive decline from Quasimodo support-turned resistance at $1.3739 earlier in the session.

The daily timeframe connecting with the 200-day simple moving average at $1.3733 brings light to support at $1.3602 this week, and trendline resistance-turned support, taken from the high $1.4250.