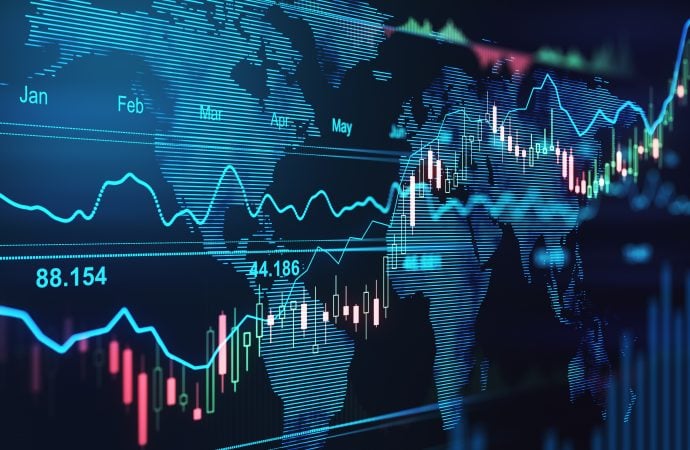 Dollar bulls entered an offensive phase last week, rising 1.0 percent and refreshing year-to-date peaks, according to the US dollar index—measures USD value against a basket of six international currencies.

Also underpinning the upbeat outlook is current trend: established through a series of higher highs and higher lows since price made contact with support from 89.69 in May.

In terms of the relative strength index (RSI), momentum has continued to increase after forming an advance out of familiar support between 40.00 and 50.00. Technicians familiar with the aforementioned indicator will acknowledge support often develops around this region in trending environments. Maintaining position north of 50.00, therefore, may be interpreted as a sign of strength until connecting with overbought space.

This, coupled with the possibility of additional USD outperformance (see above), and recognising EUR/USD price took out 2nd November low (2020) at $1.1603, suggests the currency pair is transitioning to a downtrend.

Meanwhile, buyers and sellers remain squaring off within the walls of Fibonacci support from $1.1420-1.1460 (comprises a 78.6% Fibonacci retracement and a 1.272% Fibonacci projection) on the daily scale.

Noted support appears vulnerable to the downside, according to the weekly timeframe’s technical position. A decisive move lower this week unlocks Quasimodo support from $1.1213, arranged a handful of pips south of the weekly timeframe’s Fibonacci structure. In the event buyers regain consciousness, trendline resistance, taken from the high $1.2254, is in range, shadowed by Quasimodo support-turned resistance at $1.1689.

Immediate flow has been trending lower since late May tops at $1.2266. Also confirming downside is the relative strength index (RSI) accepting the 50.00 centreline as indicator resistance since late October. This tells traders momentum is lower (average losses exceeding average gains) and might continue until shaking hands with oversold territory.

Resistance at $1.1495 demands attention to the upside; navigating lower levels this week, nonetheless, directs the technical spotlight to a narrow Quasimodo support priced in at $1.1380.

Local support at $1.1438 has functioned effectively in recent candles, aided by the relative strength index (RSI) pencilling in clear bullish divergence (positive momentum: average gains beginning to exceed average losses). Resistance can be found at $1.1467, with a break unmasking the $1.15 figure. Downstream, chart studies indicate a clear run to $1.14.

South of daily support throws light on the weekly timeframe’s Fibonacci structure at $1.1281 and $1.1237.

The trend on this timeframe, however, remains in line with weekly movement: favours upside following the break of 3rd September high at $0.7478.

RSI followers will also acknowledge the indicator’s value moved through the 50.00 centreline and trendline resistance, taken from the high 68.66, to register overbought conditions.

Despite Friday’s bullish showing, scope to pop lower remains in this market until we challenge the daily timeframe’s support between $0.7220 and $0.7271.

In conjunction with higher timeframe direction, a test of H1 resistance between $0.7355 and $0.7341 may serve as a platform for sellers this week, helped by RSI overbought conditions.

Mid-October had candles embrace resistance from ¥114.38 and touch a fresh three-year peak of ¥114.70. Since then, we’ve seen a back and forth between bids and offers and established what appears to be a bullish flag between ¥114.70 and ¥113.41.

Should resistance step aside, traders are urged to pencil in the 1.272% Fibonacci projection from ¥116.09. Further selling, on the other hand, sets the stage for bringing in support at ¥112.16.

Resistance between ¥114.94 and ¥114.61 is back in the line of fire (Fibonacci ratios), thanks to a spirited mid-week advance. However, do note Friday generated a modest bearish outside reversal (similar formation to a bearish engulfing, though requires entire range to be engulfed).

RSI (relative strength index) analysis reveals the value rebounded from support between 40.00 and 50.00, with range to climb until reaching overbought. Note that amid prolonged uptrends, indicator support often forms around the 50.00 area and operates as a ‘temporary’ oversold base, as has been the case since May.

Interestingly, on the H4 chart, limited resistance is visible until the Quasimodo formation at ¥114.46, suggesting weekly price is likely to welcome resistance at ¥114.38 this week.

Friday greeted another test, though for the first time since the aforementioned support was born, the ¥114 figure shows signs of establishing resistance.

Joined by an RSI oversold/divergence signal, the said supports could draw in a bullish reaction.

Supply-turned demand at $1.3629-1.3456 surrendered position last week, following a third consecutive weekly decline in the red.  Month to date, November is down 2.0 percent. Couple this with price closing under a double-top pattern’s ($1.4241) neckline at $1.3669 in August, the weekly chart reflects a bearish outlook.

The double-top pattern’s profit objective—measured by taking the distance between the highest peak to the neckline and extending this value lower from the breakout point—delivers a downside target around $1.3093.

Sterling fell to fresh 2021 troughs against its US counterpart at the tail end of the week, fuelled by a mid-week plunge through support at $1.3449 (-1.10 percent).

The relative strength index (RSI) continues to emphasise resistance between 60.00 and 50.00 (since August); the indicator’s value, as you can see, is now within striking distance of the 30.00 oversold threshold, a level that’s provided equally impressive support since mid-June.

With respect to trend on the daily scale, the unit has been lower since June.

Leaving a Fibonacci combination untouched (a 100% Fibonacci projection at $1.3333 and a 1.618% Fibonacci extension at $1.3311, which happens to reside within daily Fibonacci support mentioned above) Friday framed a bottom at $1.3353 and finished on the front foot.

With Friday’s pullback clearly against the tide, resistance between $1.3472 and $1.3447 as well as trendline resistance, taken from the high $1.3800, may develop in the days ahead (green).

Quasimodo support from $1.3363 was thrown into the limelight Friday. Reinforced by the relative strength index (RSI) developing bullish divergence (action demonstrating downside momentum is in the process of slowing), buyers muscled through $1.34 and ‘confirmed’ short-term sentiment to the upside.

With reference to the relative strength index (RSI), following earlier bullish divergence, the indicator pushed through the 50.00 centreline and is on the verge of drawing an overbought signal.

The daily timeframe’s Fibonacci support between $1.3262 and $1.3337, however, is recognised as an immediate downside objective on the higher timeframes.

Knowing higher timeframe flow points lower, H4 resistance between $1.3472 and $1.3447 may be a location sellers make a show from this week. Having said this, the H1 timeframe shows a spike into $1.35 before sellers take the wheel is a possibility.