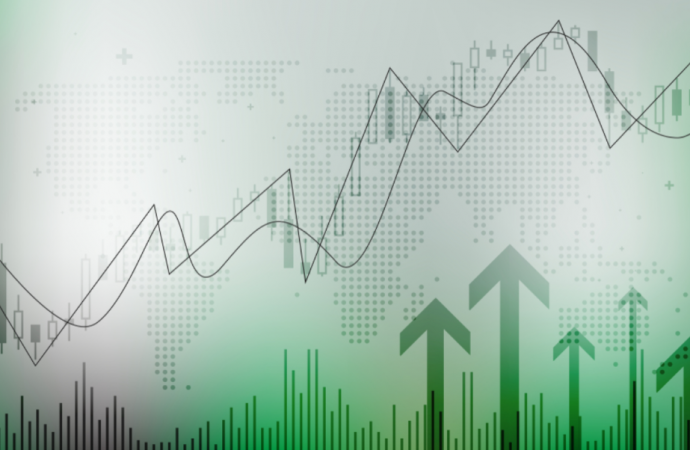 The greenback was on the ropes last week, consequently snapping a two-week bullish phase. Measured by the US dollar index, the buck shed 0.7 percent, following a bearish outside reversal formed on February 5 from a 127.2% Fib projection at 91.44.

Friday settling considerably off best levels, together with the RSI oscillator burrowing through channel support and the 50.00 centreline, places the 90.04 trough (January 21) in sight. Violating the aforesaid level this week shines the technical spotlight on support drawn from 89.34.

In addition to last week’s retreat, the US dollar has echoed a downside bias since topping south of the 103.00 figure in early March 2020. Consequently, January’s pullback and the recent decline may be interpreted as a bearish cue. Submerging support at 89.34 and the 88.25 February 16 low (2018) is likely to further confirm the current bearish narrative.

From a technical perspective, therefore, the 90.00 figure might be worth keeping a tab on this week, with a break perhaps calling for support at 89.34.

February has witnessed a healthy floor of bids emerge around the 1.1950 neighbourhood, consequently stirring a hammer formation (though we will not know this until the month concludes).

Up by 0.6 percent, EUR/USD bulls wrapped up the week on the front foot. Earlier action witnessed the pair extend recovery gains north of demand at 1.1923/1.2001—an area housing support at 1.1965 (previous Quasimodo resistance).

As you can see, Friday settled off worst levels (shaped by way of a hammer candle pattern), suggesting bulls could grow in confidence this week and approach 1.2190 tops, shadowed by Quasimodo resistance from 1.2278.

RSI fans will note the value ended the week engaging with the 50.00 centreline, which happens to share space with two converging trendline resistances (yellow box).

Quasimodo resistance at 1.2142—aligning with a 78.6% Fib level at 1.2138 and a 50.0% retracement at 1.2149—remains centre of attention on the H4 scale, withstanding two upside attempts last week. Space north of here may call for resistance at 1.2179, with subsequent buying to possibly take aim at another resistance plotted at 1.2214.

As you can see, Friday also discovered a healthy pocket of bids from swing support recognised at 1.2087, leaving 1.2075 support unchallenged.

Mid-way through London Friday observed buyers attempt to arrange a defence off 1.21 psychological support, with price movement even establishing a hammer candle pattern—a formation generally viewed as a bullish signal. However, heading into US hours, the majority of buyers were squeezed out of the market as the pair whipsawed to lows ahead of demand at 1.2078/1.2062. This has stop-run written all over it.

47.05/54.20 continues to serve as support and resistance out of the RSI indicator, an area in play since the beginning of February.

Both monthly and daily timeframes ended last week off worst levels, in the shape of a hammer pattern—movement often interpreted as a bullish cue.

By the same token, both charts demonstrate room to scale higher this week, targeting 1.2190 tops on the daily chart.

H4 Quasimodo resistance at 1.2142, despite blending closely with Fib studies, has failed to invite selling beneath local H4 support at 1.2087. The non-committal tone from sellers, along with H1 reclaiming 1.21+ status Friday, places a question mark on the H4 Quasimodo formation.

According to chart studies, therefore, this week favours buyers until around the 1.22 neighbourhood.

January’s half-hearted shooting star candle (often construed as a bearish indication at peaks) has so far failed to seduce sellers. February, as you can see, trades a touch off session highs, up by about 1.6 percent.

Amid renewed USD softness, AUD/USD bulls remained on the offensive heading into the latter part of last week. Northbound, 0.7782 tops are in sight this week, along with the 2021 peak at 0.7820, whereas sellers regaining consciousness could lead trendline support back into the fight, an ascending level drawn from the low 0.5506.

In case sellers make an entrance, nonetheless, support at 0.7698 might call for attention.

With the help of the 100-period simple moving average around 0.7726 and Quasimodo support at 0.7719, Friday gathered traction and dethroned 0.7750 resistance.

North of Thursday’s peak at 0.7771, Quasimodo resistance at 0.7777 resides nearby as a possible upside objective this week, with a break uncovering 0.78 psychological resistance.

Interestingly, movement out of the RSI indicator also shows the value rebounded off familiar trendline support Friday and clawed above the 50.00 centreline to highlight a possible move into overbought space.

The monthly could call for higher levels over the coming weeks, which may lend buyers support on the daily scale and have the pair refresh 2021 highs this week, with daily supply at 0.7937/0.7890 also to possibly make an entrance.

Since January snapped a four-month bearish phase in the shape of a bullish engulfing candle, buyers have since struggled to find acceptance at higher levels. Consequent to this, February currently trades off best levels.

The 38.2% Fib level taken from 104.50—a level representing the initial take-profit objective from the alternate AB=CD resistance at 105.63 (the 127.2% Fib extension)—provided a platform for buyers to work with last week.

Friday, however, witnessed supply at 105.26/105.14 make an entrance, a clear-cut drop-base-drop formation that boasts healthy downside momentum from its base. Technically speaking, a break of the aforesaid supply this week could swing the pendulum in favour of retesting AB=CD resistance, whereas a punch lower could draw in not only the 38.2% Fib, but also trendline support (102.59).

The RSI indicator shows the value finished the week within shouting distance of 50.00, following moves out of overbought space.

The lack of buying following the monthly timeframe’s bullish engulfing candle, together with room to push south on the daily timeframe to demand at 103.56/103.93, places sellers at the wheel this week, technically speaking.

In the shape of a bullish outside reversal, Friday witnessed buyers strengthen their grip north of support at 1.3755, following two back-to-back shooting star candle patterns—structure generally interpreted as a bearish signal. Bouncing higher this week throws light on supply at 1.3996/1.3918.

The RSI indicator remains circling the upper edge of a 3-month range between support around 47.00 and resistance at the 66.00 region (the value stands at 65.49). It is common to see higher oversold support areas form in an uptrend.

Along with daily buyers making a stand on Friday and highlighting supply at 1.3996/1.3918 as a possible upside target, monthly price remains optimistic above trendline resistance.