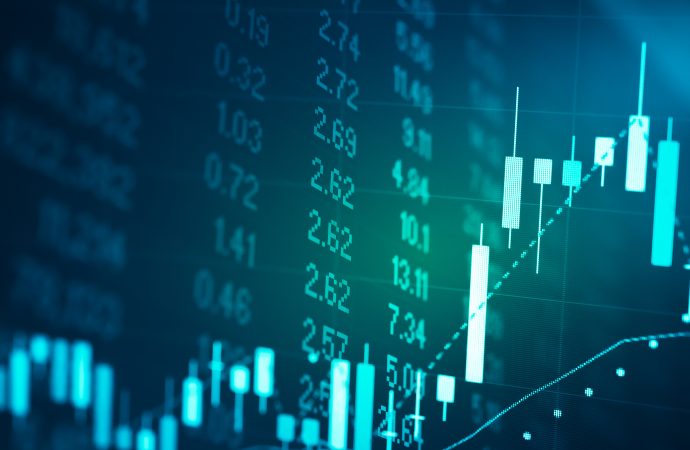 The beginning of the week observed price action prod through (and retest) the upper frame of a daily falling wedge pattern (93.91/92.55), fuelled amid recovery gains off daily support at 92.26, an active S/R level on the US dollar index (DXY) since late 2017.

A falling wedge can represent either a reversal or continuation signal – in this case the pattern implies a reversal signal. Before reaching the falling wedge take-profit target at 94.65 (measured by gauging the base distance and adding this value to the breakout point – light purple boxes), daily supply at 94.02/93.56, an area that’s contained upside since August, must be unseated, along with daily trendline resistance, drawn from the 100.56 peak. Additional resistances to be conscious of this week are daily resistance at 95.03 and daily trendline resistance (102.99).

August saw the euro nudge to a fourth successive monthly gain against the US dollar, adding nearly 1.5 percent. The move toppled supply from 1.1857/1.1352 and extended space north of long-term trendline resistance (1.6038), arguing additional upside may be on the horizon, targeting trendline resistance (prior support – 1.1641).

Efforts to extend higher remain contained within the parapets of a rising channel pattern (1.1695/1.1909), in addition to supply at 1.2012/1.1937 making an entrance on August 18, extended from May 2018. Mid-week, as you can see, witnessed a modest recovery form from the aforesaid channel support as well as a fusing trendline support (1.0774).

Based on the daily timeframe, trend traders will note that alongside monthly price violating long-term structure, EUR/USD has trended higher since late March.

With respect to the RSI indicator, we crossed back above 50.00 in the second half of the week, rebounding from a month-long channel support.

Supply at 1.1928/1.1902 welcomed the pair on Thursday, decisively putting a lid on gains and delivering price to demand at 1.1794/1.1833. The latter represents a reasonably significant zone, a rally-base-rally area where a decision was made to break the 1.1865 September 4 peak and approach supply. Together with trendline support (1.1965), Friday’s mild bullish tone out of the aforesaid demand was not surprising.

Harmonic traders will note we also have a bullish Gartley pattern forming, with a PRZ zone seen between 1.1766/1.1788 (AB=CD structure, a 78.6% Fib level and a 1.618 BC projection). Interestingly, this is located directly beneath 1.18, meaning sell-stop liquidity could help feed buying pressure derived from the Gartley formation.

In terms of where we stand on the RSI indicator, a clear support/resistance zone is present around 45.00.

Technical eyes are likely on the completion of the H1 Gartley pattern between 1.1766/1.1788 this week, though be aware that H4 might stretch for 1.1753 support before buying takes hold. This would test the extremes of the Gartley configuration. 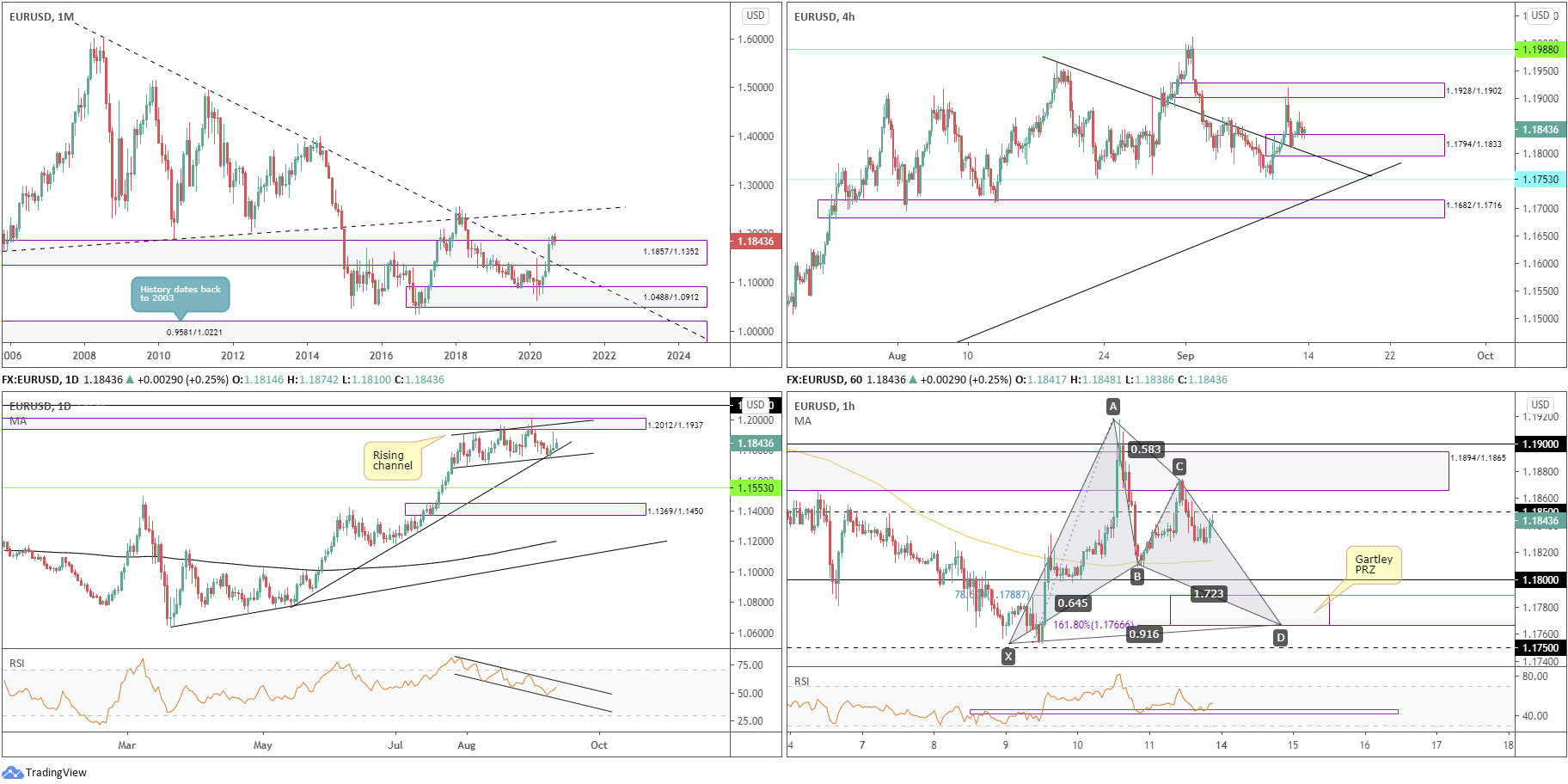 Removing supply this week throws light on supply at 0.7339/0.7357, a prior demand zone; dipping to lower levels, however, calls for a possible reconnection with the aforesaid trendline support and demand.

0.7250 support and merging trendline support (prior resistance – 0.7413) proved to be a stable floor heading into Friday’s session. Early action toppled the 100-period SMA and crossed paths with 0.73 into US trading. It’s common to see the US session oppose European flow – 0.73 held firm as resistance and delivered price back to the 100-period SMA, which, as you can see, pared a portion of earlier downside.

Volatility, as you can see, has somewhat diminished in recent sessions.

With reference to the RSI, we remain pretty neutral right now, hovering around 50.00.

Into the second half of the week, price exhibited a non-committal tone, establishing a 20-pip consolidation between 106.07/106.24. Aligning with the upper rim of the current range, we see trendline resistance (106.55), while a few pips south we have trendline support (105.20) and 106 support on the radar.

Longer term, we are still holding monthly support at 104.62, though any upside attempts have been capped by daily supply at 107.58/106.85. As a result, we are seeing some conflict on the higher timeframes right now.

As you can see, buyers and sellers are now squaring off between the lower ledge of the recently engulfed demand at 1.2844 and the top edge of demand at 1.2773.

The RSI indicator recently cemented position under 50.00 after breaching trendline support, and is now poised to greet oversold territory.

Price plunged from the aforesaid supply amid intensifying fears surrounding a no-deal Brexit, generating enough force to brush aside demand at 1.2837/1.2883. With the latter holding as supply into the week’s end, downside to support at 1.2742 and a 61.8% Fib level at 1.2720 (green) could be in the offing this week.

Daily demand at 1.2645/1.2773 recently entered view, yet is finding resistance from the lower edge of recently penetrated demand at 1.3021/1.2844. So, in order to reach our monthly downside target (1.26ish), current daily demand and the 200-day SMA seen within will need to step aside.

Another retest of H1 supply at 1.2892/1.2860 (located around the top edge of the aforesaid H4 supply) could form in early trading this week, though be aware a pop to 1.29 is possible before sellers make an entrance. Ultimately, traders are likely to seek 1.2750 support on the H1 as an initial downside target, which aligns closely with H4 support at 1.2742.