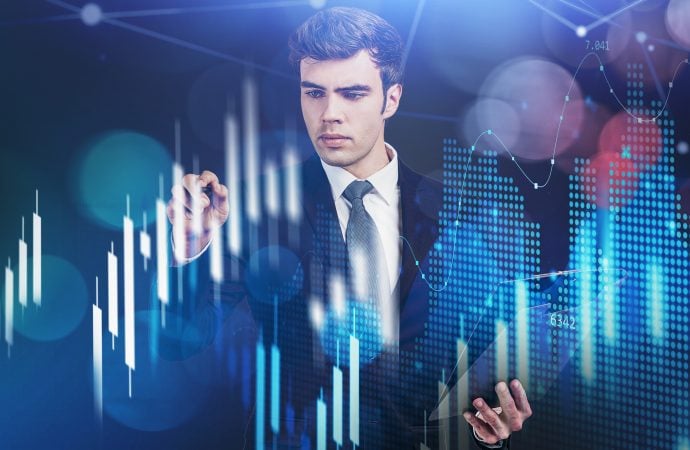 Last week’s session observed the US dollar—according to the US dollar index—abandon its two-week indecisive phase and establish moderate gains (0.4 percent).

Earlier weekly reports shined the technical spotlight on a descending wedge pattern (a shape exhibiting decreased downside momentum within converging walls [91.43/90.42]). Traders will note both converging lines received at least two tests, yet some textbooks require three to form at the upper base. Nevertheless, the beginning of June had the unit retest the upper boundary of the wedge and develop support, following a breakout higher on May 28th.

Momentum studies, through the RSI indicator, shows the line elbowed north of the 50.00 centreline last week and finished on the doorstep of indicator resistance at 55.67.

Should an extension to the current pullback materialise, a bearish scenario—in line with the current downtrend—unfolding off 91.36 resistance remains a possible scenario this week. 91.36 is reinforced not only by a nearby 200-day simple moving average (dynamic resistance) at 91.56, but also the wedge pattern’s take-profit target around 91.32. At the same time, failure to maintain gains may result in a dip to support at 89.34, a level which echoes vulnerability and could unlock the door to Quasimodo support at 88.43.

Following a three-month retracement, support at 1.1857-1.1352 made an entrance and inspired a bullish revival in April, up 2.4 percent at the close. May also extended recovery gains, trading higher by 1.7 percent. June, however, is off to a mildly rocky start, down 1 percent as of current trade.

A closer reading of price action on the daily chart shows the single currency cut away at recent attempts to explore higher.

Quasimodo resistance at 1.2278, as you can see, was left untested in recent weeks, with latest downside tipping the scales in favour of testing dynamic support around 1.1987: the 200-day simple moving average. Technicians will note the aforementioned SMA shares chart space with a 50.00% retracement ratio at 1.1986.

Adding weight to the downside is the RSI indicator. As sellers strengthened their grip Friday, the RSI value brushed aside support at 51.36 in addition to the 50.00 centreline (a 50.00 cross indicates a weakening of upside movement).

Friday’s one-way slide watched the currency pair lock horns with a 61.8% Fib retracement at 1.2094, a horizontal value (green) stationed just north of interesting demand from 1.2044-1.2071. Technically speaking, this area boasts a solid floor to be mindful of this week, overrun with Fibonacci studies, including extension levels, expansion levels and projections.

Space south of demand, however, throws light on support coming in at 1.1990.

From the monthly chart, the outlook continues to emphasise a bullish bias, taking aim at 2021 tops around 1.2349 and ascending resistance. Before discovering northerly ground, the daily timeframe argues a test of the 200-day simple moving average (1.1987) and neighbouring 50.00% retracement at 1.1986 may be in store.

The combination of the 1.21 figure on the H1 and associated Fib studies, together with the possibility of breakout sellers’ orders being liquidated to form buy orders and a 61.8% Fib retracement on the H4 at 1.2093, signals a possible test of H1 resistance at 1.2132 early week (joined with a 38.2% Fib retracement).

With respect to trend, we have been higher since early 2020. However, we must take into account the currency pair has been mostly directionless since the beginning of 2021.

The RSI shows the value engaging with space beneath the 50.00 centreline, unable to penetrate the latter since mid-May. This warns upside momentum could suffer this week and drop in on support from 37.92 and maybe oversold territory.

Leaving Quasimodo resistance at 0.7782 unopposed on Friday, sellers took the reins and extended losses to highlight 0.7632-0.7653 demand this week. Note this was an area that helped facilitate a sizeable rally at the beginning of the month.

Following a test of supply from 0.7783-0.7771 during early Europe Friday (holds H4 Quasimodo resistance within at 0.7782), the early hours of US trading had price test the resolve of 0.77. Helped by a 61.8% Fib retracement (green) nestled just under the round number from 0.7695, a mild recovery occurred. Also reinforcing the 0.77 test is the RSI value dipped a toe in oversold waters and missed support at 19.30 by a whisker before exiting the area into the close.

Looking over the monthly and daily charts echoes a bearish vibe. The monthly is contained under major supply and trendline support-turned resistance. The daily timeframe has been carving out a consolidation since mid-April between 0.7816 and 0.7699. Notably, though, June has watched price toy with the lower side of the said range, offering uninspiring bullish intent. With that, daily support at 0.7563 could be targeted.

Although April finished lower by 1.3 percent and snapped the three-month winning streak, May (+0.2 percent) held the breached descending resistance, echoing potential support for the month of June, currently trading higher by 0.1 percent.

Trend studies reveal the pair has been trending higher since the beginning of the year, though discovered a top heading into early April. Subsequent months witnessed a sizeable retracement, followed by attempts to recapture losses.

The RSI continues to oscillate around resistance at 57.00, with the value recently establishing mild bottoms ahead of the 50.00 centreline. Additional structure seen are support from 28.19 and resistance drawn from 83.02.

The emergence of a broad USD bid, along with a risk-on theme, elevated USD/JPY on Friday, consequently maintaining a bullish vibe above demand at 109.02-109.20—an area joining the fight at the beginning of last week.

A key feature to be aware of is not only does the chart demonstrate scope to rally as far north as supply at 110.85-110.46 (houses Fib studies), the noted demand is positioned nearby trendline support, drawn from the low 107.48.

Failure to hold current demand, attention shifts to another layer of proven demand printed at 108.20-108.43.

Upstream, 110.18-110.09 supply is in focus (this area is particularly standout due to the momentum derived out of its base which dug below a handful of support points). In fact, this supply is strategically positioned to help facilitate a stop run above 110. Unhinging 110.18-110.09 reveals Quasimodo resistance at 110.41.

On the basis of the RSI indicator, the value pulled away from overbought status Friday and now eyes trendline support, drawn from the low 20.25.

The descending resistance-turned possible support, etched from the high 118.66, belonging to the monthly chart has buyers attempting to take hold. Technically, this places the daily timeframe’s long-term resistance zone at 110.94-110.29 in question and, therefore, may have buyers set up a defence around 108.60 lows if tested.

The H4 scale currently trades in unison with the monthly timeframe: scope to approach at least supply at 110.85-110.46.

Lower down, any H1 buying must face a number of notable resistances until Quasimodo resistance at 110.41, which essentially marks the lower boundary of H4 supply.

Therefore, in light of the picture out of both monthly and H4 timeframes, any bearish attempts from the said H1 resistances could be short-lived and promote a bullish scenario to approximately 110.40ish.

Sterling against the dollar has emphasised an uneventful picture since May 18th, fluctuating between gains and losses south of Quasimodo resistance at 1.4250.

GBP/USD finished on the ropes for a second straight week amid raised concerns regarding a full reopening, placing support at 1.4003 within reach this week. Demand at 1.3857-1.3940—an important technical area where a decision was made to break above 1.4003 resistance—is also perhaps on the radar.

Trendline support, taken from the low 36.14 on the RSI, recently gave up position, with last week wrapping up within touching distance of the 50.00 centreline.

Since mid-May, the H4 chart has been busy carving out a consolidation between 1.4096 and 1.4219. Interestingly, an additional consolidation pencilled in its presence at the beginning of June between 1.4188 and 1.4083. As you can see, the fact price left the larger upper range at 1.4219 unchallenged informs traders that sellers could be gaining muscle. To confirm this, of course, we would require a breakdown that not only conquers the lower edge of both consolidations (1.4096/1.4083), but also trendline support, drawn from the low 1.3668, consequently unmasking support at 1.4007.

From June onwards, the theme on the H1 chart has been set around the 1.41 and 1.42 figures, along with the 100-period simple moving average, currently circling in between at 1.4146. Also, important areas to recognise are support at 1.4078 and resistance plotted at 1.4246. In fact, 1.4078 served as a substantial floor on Thursday, serving to help more informed traders capitalise on the stop run south of 1.41.

Price action failing to touch gloves with 1.42 since June 7th signals possible moves through 1.41 and support at 1.4078 this week, targeting Quasimodo support from 1.4026.

As you can see, the week ended forming a mild recovery from 1.41, confirmed by the RSI indicator bouncing from oversold space and chalking up what’s known as hidden bullish divergence (essentially signalling price strength despite momentum squeezing lower—these are usually seen as continuation patterns).

The monthly timeframe’s trendline resistance breach in December 2020 underlines a bullish stance. Before buyers change gears, however, touching gloves with support at 1.4003 or demand at 1.3857-1.3940 on the daily timeframe could be in the offing.