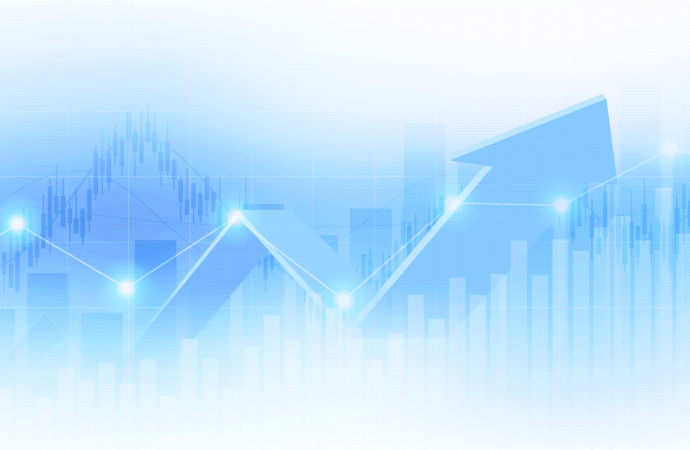 The US dollar—according to the US dollar index—staged a comeback last week, snapping a two-week bearish phase.

Supply-turned demand at 91.13-87.76 remains the centre of attention on the monthly timeframe, underpinning this year’s USD advance. In terms of trend, the greenback has been higher since bottoming in 2008. Though minimising the chart highlights the longer-term trend is in fact south, meaning the 2008 up move could simply be a pullback. Breaching 91.13-87.76 would help confirm a bearish standpoint.

A closer interpretation of price action on the daily timeframe shows that since mid-June the DXY has demonstrated a lack of interest to the upside. This is further confirmed by the relative strength index (RSI) displaying bearish divergence: average losses exceeding average gains. In addition, the indicator voyaged south of the 50.00 centreline, highlighting the bearish vibe and throwing light on the possibility of a price move towards support at 91.42 this week.

Europe’s single currency finished the week on the back foot against the buck, paring a portion of the recent two-week advance.

Lower on the curve, the daily chart remains languishing beneath late July tops at $1.1909. North of here, buy-stops could fuel moves to prime resistance at $1.2115-1.1990, a place active sellers may reside. The flip side, of course, is a run south back to Quasimodo support at $1.1689.

Higher timeframe analysis points to stops and possible breakout buying interest north of late July tops at $1.1909 on the daily scale. Chart studies, nonetheless, indicate breakout buying above $1.1909 may be short-lived as prime resistance at $1.2115-1.1990 is within touching distance.

In tandem with the weekly picture, prime support on the daily timeframe at $0.7286-0.7355 put in an appearance in the second half of the week. This followed a one-sided drop from prime resistance at $0.7506-0.7474. Candlestick movement out of current support, as you can see, implies a lack of buying interest, re-opening the risk of a decline back to the 1.618% Fib projection at $0.7126 this week.

Since mid-July, ¥108.40-109.41 demand has failed to stir much bullish energy on the weekly timeframe. Nevertheless, recognising the area derives additional backing from neighbouring descending resistance-turned support, extended from the high ¥118.61, an advance is likely to welcome familiar supply at ¥113.81-112.22.

The lacklustre vibe out of weekly demand is established through a range on the daily timeframe between prime support at ¥108.96-109.34 and resistance from ¥110.86-110.27. The reluctance to commit outside of these areas toughens the consolidation. Range limits, therefore, are likely on the watchlist this week.

Relatively large-scale supply exists on the H4 timeframe at ¥110.82-110.39, an area capping upside since mid-July. With this area making an entrance twice in September thus far and price developing a possible double-top pattern around ¥110.44, a break of the formation’s neckline at ¥109.59 could spark bearish movement. The caveat, of course, is Quasimodo support at ¥109.48. This level—technically speaking—informs traders that a bear trap could be in the making. This means a whipsaw through the neckline (which forms support alongside the ¥109.59 31st August low) may fill sell stops that feed ¥109.48 bids.

The H1 timeframe has ¥110 in sight, an objective base that many traders will be watching early week. The interesting thing here is the prime resistances situated above between ¥110.15-110.12 and ¥110.13-110.07. Round numbers such as ¥110 often attract attention and when coming from below has traders attempting to fade the number and also play any breakout above. With prime resistance located directly above, this has ‘stop run’ written all over it, as per the black arrows.

In the shape of a hammer candlestick formation (bullish signal), supply-turned demand at $1.3629-1.3456 on the weekly timeframe stepped forward in July. The aforementioned zone, as you can see, remains active, welcoming an additional test mid-August. Yet, pattern traders will note August’s move closed south of a double-top pattern’s neckline at $1.3664, consequently broadcasting a long-term bearish warning. Conservative pattern sellers, however, are likely to seek a candle close beneath $1.3629-1.3456 before pulling the trigger.

More of a detailed view on the daily timeframe communicates a rangebound atmosphere. Since late June, buyers and sellers have been squaring off between a 61.8% Fib retracement at $1.3991 and a Quasimodo support from $1.3609. Directly above the consolidation, two tight-knit 100% Fib projections are seen around $1.4017—a double AB=CD bearish configuration for any harmonic traders reading. Momentum studies, according to the relative strength index (RSI), made its way above the 50.00 centreline and retested the barrier: average gains exceed average losses.

H4 prime resistance at $1.3940-1.3888 put in another appearance on Friday, forcing buyers to step aside. Although this implies a bearish follow-through this week, targeting prime support at $1.3689-1.3724, the fact we tested this area early September (orange arrow) might discourage further selling. What’s technically interesting on the H4 scale is above $1.3940-1.3888 we have the upper edge of the daily range at $1.3991 and the 100% Fib projections seen around $1.4017. Understanding this, traders could get the impression a medium-term stop run may materialise, taking stops not only from the H4 prime resistance, but also daily range resistance at $1.3991. The 100% Fib projections, therefore, could be an area we see healthy sellers attack the market this week.

Leaving $1.39 unchallenged Friday, sterling pared earlier gains off one-week tops versus the greenback. The session wrapped up exploring space south of the $1.3832 low—an important short-term level forming prior to Friday’s high $1.3888. Breaking beneath this has likely tripped intraday sell-stops, which perhaps contain enough fuel to fill bids at prime support from $1.3803-1.3819 early week, with an initial target of $1.3838.

Ultimately, longer-term traders are likely to keep a close eye on the daily chart’s range limits this week.