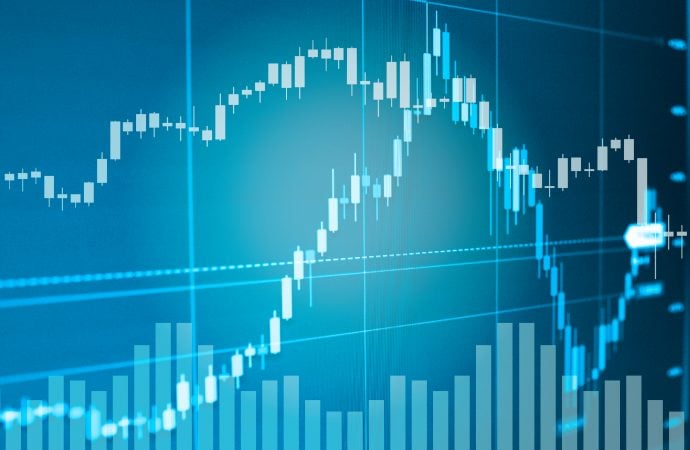 Dollar movement, according to the US dollar index (ticker: DXY), kicked off Tuesday exhibiting a bullish vibe, clocking three-month peaks of 92.85. Action soured heading into the second half of the week, nevertheless, wrapping up the session at a minor disadvantage.

The DXY is still comfortable north of the widely watched 200-day simple moving average, circling 91.40ish. Interestingly, this dynamic value dovetails with support from 90.64-91.40, an area arranged on top of demand from 90.32-90.70. Upstream reveals possible resistance at the 93.44 31st March high, established under Quasimodo resistance from 93.90.

In terms of trend, 2020 was largely bearish, withdrawing from March tops of 102.99 to as far south as 89.21 in early January this year. After realising support at 89.34 (a level displaying historical significance), this has somewhat motivated a bullish defence this year (+2.6 percent year to date), reclaiming a portion of 2020’s 7 percent deterioration.

Those who read the previous Weekly Technical Market Insight may recall the following (italics):

Longer term, although many analysts may deviate here, a USD trend reversal to the upside is validated above the 94.74 25th September (2020) high (blue arrow). By the same token, beyond the 89.21 6th January low (red arrow) chart studies suggest an extension to the current downtrend. Of late, though, USD upside has been favoured. A break of the 93.44 31st March high, knowing the greenback trades north of the 200-day simple moving average, adds weight to a longer-term bullish presence developing.

The relative strength index (RSI) reveals bearish divergence, with the indicator ending the week testing the 60.00ish range, ahead of support at 55.67. Bearish divergence highlights that while price touched fresh highs, upside momentum—the speed—has slowed. This is typically observed as a sign that buyers could step aside.

Amid upbeat risk sentiment, EUR/USD staged a recovery at the back end of the week, with enough passion to reclaim position above Quasimodo support at $1.1836. Further outperformance, therefore, could be on the cards this week, targeting the 200-day simple moving average around $1.2000.

With regards to trend, we have been somewhat rudderless since the beginning of the year, despite healthy upside during 2020.

What we’re receiving from the relative strength index (RSI) as of now is an exit from oversold space (bullish cue), and the indicator’s value bound for the lower side of the 50.00 centreline. Crossing above the latter helps add weight to upside action this week.

After demand at $1.1794-1.1822 had its lower edge clipped Thursday—movement likely filling (and trapping) breakout interest and also tapping a number of $1.1794-1.1822 longs out of the market—subsequent action observed buying close the week shaking hands with Quasimodo resistance at $1.1880.

Latest from the H1 chart shows the 100-period simple moving average around $1.1835 delivered support on Friday, allowing buyers to gather enough steam to clear out remaining offers and reach a high of $1.1881.

The picture from the relative strength index (RSI) shows Friday’s rebound from the 100-period simple moving average was supported by indicator support from 47.44. The RSI finished the week hovering within touching distance of overbought and resistance at 78.97.

Having noted daily price reigniting interest at Quasimodo support from $1.1836, and monthly action crossing swords with the upper side of support at $1.1857-1.1352, moves to the 200-day simple moving average around $1.2000 could materialise this week.

Although H4 Quasimodo resistance calls for attention at $1.1880, H1 suggests a breach of this level to test H1 demand-turned supply at $1.1895-1.1911 and associated confluence (additional resistance).

But given higher timeframes propose higher levels, a sizeable reaction from either of the aforesaid H1 or H4 areas is questionable. Consequently, elbowing above $1.19 this week perhaps unlocks the door to another H4 Quasimodo resistance at $1.1956, action breakout buyers are likely to be drawn to.

Technically, the pair settled the week a touch off the 100-period simple moving average at $0.7486, with $0.75 above. These are obvious levels and, therefore, may generate trading activity in the early hours of the week.

The monthly timeframe’s near-test of support from $0.7394, coupled with the daily timeframe’s test of supply-turned demand at $0.7453-0.7384 and connected Fib studies, seats buyers in a positive position this week, aiming at least for the 200-day simple moving average at $0.7573.

July trades 0.9 percent in the red.

Although pencilling in its worst losing session in 2021 on Thursday, USD/JPY recovered some lost ground Friday amidst a recovery in US Treasury yields. Continued support shows a test of trendline support-turned resistance (taken from the low 102.59) could come about this week, possibly spearing into resistance at ¥111.88-111.20. The week’s trendline support breach, technically speaking, was also reasonably noteworthy.

In terms of the relative strength index (RSI), the indicator dropped through the lower wall of an ascending channel between 58.82 and 47.51 last week and tested waters south of the 50.00 centreline.

Fibonacci studies carved out support late last week between ¥109.48 and ¥109.70. Interest from the area elevated the currency pair to challenge trendline support-turned resistance, taken from the low ¥107.48.

Upriver, another trendline support-turned resistance formation is seen, taken from the low ¥108.56, closely tracked by resistance from ¥110.48.

May and June demonstrated a noticeable upside bias (visible from the H4), yet July has so far been on the ropes.

Friday’s 0.3 percent pullback, shaped through an ascending channel (drawn from ¥109.53/109.87), witnessed the unit reclaim ¥110 plus and redirect interest to trendline resistance, extended from YTD peaks of around ¥111.66.

Thursday’s downside, predictably, hauled the relative strength index (RSI) in oversold waters. The indicator subsequently engaged support at 18.76 and saw Friday fashion a 50.00 centreline cross to test a peak of 60.00. While this can reveal a strengthening up move, price movement faces clear resistance (see above). For that reason, many traders are perhaps sceptical of the recent centreline activity.

Last week’s convincing trendline support breach on the daily timeframe, drawn from the low ¥102.59, places a question mark on present conviction above the monthly timeframe’s descending resistance-turned support, taken from the high ¥118.66.

July is currently up 0.5 percent.

Sterling rose 0.9 percent against a broadly softer US dollar Friday. GBP/USD pencilling in its best day since 21st June likely fuels curiosity around resistance at $1.4003 this week—a level displaying commitment since March of this year. This, of course, leaves behind Quasimodo support at $1.3609 (connected with a 38.2% Fib retracement at $1.3641 and the 200-period simple moving average, circling $1.3663).

The relative strength index (RSI), following earlier bullish divergence (a technique traders employ to forewarn of a slowdown in momentum), is now in the vicinity of the 50.00 centreline. Venturing above the latter helps confirm Friday’s move.

Friday settled the week a touch north of $1.39, a move possibly filling breakout stop entry orders as well as protective stops from those short the round number. Stationed above is Quasimodo resistance at $1.3910, together with a 100% Fib projection at 1.3909: an AB=CD harmonic pattern that brings a 1.13% Fib extension to the table at $1.3918.

Additional levels of interest are resistance at $1.3935 as well as a support level coming in at $1.3834, should sellers make an entrance.

The relative strength index (RSI) recorded its highest peak of 77.00 since mid-May on Friday, indicating overbought settings. Thus, traders will be watching this indicator closely for the value to exit the overbought range, a move typically supporting a bearish picture.

Daily resistance at $1.4003 is a key level on higher timeframes, according to the current technical landscape. Though in the event sellers take control, the spotlight will be directed to daily Quasimodo support at $1.3609.

While H1 shows a particularly interesting Quasimodo formation at $1.3910, sharing chart space with an AB=CD bearish formation, both the H4 and daily timeframes exhibit scope to navigate higher this week. The next upside target on the H4 is seen at supply from $1.3986-1.3958.

With the above in mind, although H1 may respond from $1.3910ish, selling is likely to be light as buyers look to run for higher timeframe resistances.