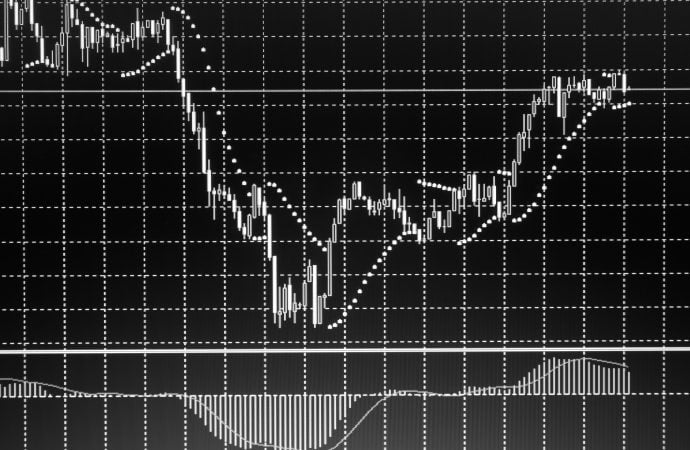 The US dollar, as measured by the US dollar index (ticker: DXY), shed nearly 1 percent last week and snapped a three-week bullish phase.

Technically speaking, the highlight of the week was the index journeying back under the 200-day simple moving average at 92.33, movement generally interpreted as a bearish signal. This highlights immediate support at 91.60 this week, with subsequent selling bringing light to additional layers of support at 91.00 and 90.00.

With reference to trend, a downside bias (primary trend) has been present since the unit topped in March 2020, formed by way of clear lower lows and lower highs (black arrows). Interestingly, the 93.43 31st March peak echoes the early stages of a bearish wave within the current downtrend (dashed black arrow), especially after crossing below the 200-day simple moving average.

Momentum, as indicated by the relative strength index (RSI), muscled its way through support at 55.67 in recent moves (now recognised as possible resistance), emphasising potential for further downside momentum towards support at 41.24.

The US dollar index shaping a decisive loss last week underpinned a healthy EUR/USD bid, generating sufficient bullish force to overthrow the 200-day simple moving average, currently circling 1.1885. Nearby resistance at 1.1966 is next in line, with a break unmasking additional resistance at 1.2058.

Quasimodo resistance calls for attention at 1.1937 this week, with continuation buying to bring light to notable resistance at 1.1990. In the event 1.1870 fails to hold price, nevertheless, support at 1.1818 is likely to elbow its way into the spotlight.

The relative strength index (RSI) welcomed trendline support on Friday (drawn from the low 20.57), elevating the value back above the 50.00 centreline.

Monthly demand at 1.1857/1.1352 making an entrance emphasises the prospect of a bullish theme emerging. This—coupled with daily price climbing above the 200-day simple moving average last week—places daily resistance at 1.1966 in a vulnerable position.

In conjunction with the bigger picture, H4 support at 1.1870 holding firm last week reinforces a bullish scenario. As such, H4 Quasimodo resistance at 1.1937 may fail to deliver much bearish flow.

From the H1, Friday bottomed north of demand at 1.1851/1.1861, an area accompanied by a 100-period simple moving average. This movement, strengthened by H4 support mentioned above at 1.1870, was likely viewed as a buy-the-dip scenario, therefore suggesting continuation buying may unfold to test H1 supply at 1.1956/1.1935.

As for the RSI oscillator, the value remains reinforced off channel support, taken from the low 43.70, and is nearing the underside of 50.00.

Should 0.7592 step aside this week, Quasimodo support at 0.7529 could enter the frame, a level joined closely by a trendline resistance-turned support, taken from the high 0.7805.

As you can see from the H1 chart, price action established a head and shoulders top pattern around 0.7662 last week, a formation that’s considered a reversal indicator. In this case, it has formed amidst a pullback within a short-term downtrend (see H4 for clearer view). Consequently, should price overrun the pattern’s neckline this week, drawn from the low 0.7605, a bearish theme might unfold. This, of course, would entail dethroning 0.76 psychological support and likely attacking demand at 0.7558/0.7575.

In addition to the pattern structure, traders will note the unit bounced from 0.76 Friday and retested the underside of the 100-period simple moving average around 0.7637 (SMAs often deliver dynamic support and resistance).

Alongside Friday’s 0.76 rebound, RSI action dipped a toe in oversold waters and recovered to within touching distance of the 50.00 centreline.

In tandem with the monthly chart, H1 pencilled in a head and shoulders top pattern, with price retesting the lower side of the 100-period simple moving average on Friday. This implies a bearish scene could develop this week, taking on the 0.76 round number and testing H1 demand at 0.7558/0.7575. Of course, further selling may also be on the cards, given the head and shoulders top pattern’s take-profit target resides beyond the H1 timeframe’s 1.618% Fib expansion at 0.7534.

April, as you can see, is retesting the breached descending resistance, movement that may entice bullish flow. With respect to long-term upside targets, supply at 126.10/122.66 calls for attention.

Despite supply at 110.94/110.29 limiting upside since the beginning of April, the monthly timeframe testing descending resistance-turned support places a question mark on further selling.

Aside from a collection of lows around 108.36ish (green oval), limited support is offered on the daily scale until connecting with demand coming in at 107.58/106.85 and trendline support, etched from the low 102.59.

Further downside momentum, according to the RSI oscillator, could have the value cross swords with trendline resistance-turned support, etched from the high 84.28.

As aired in Friday’s technical briefing, having noted the monthly timeframe testing descending resistance-turned possible support, any selling this week may be short-lived. As such, overtaking lows around 108.36 on the daily scale, according to chart studies, is unlikely.

In light of where we’re coming from on the monthly timeframe, H1 support priced at 109.53 represents a possible floor. Though before buyers attempt to make a show off monthly structure, traders are urged to pencil in the possibility of a dip back into H4 support at 108.95/109.24.

Sterling was largely traded as a function of modest dollar buying on Friday, with GBP/USD chalking up a fourth successive bearish close.

Traders might also note the recent retracement slide (from the end of February) forms a near-perfect three-drive bullish pattern at the noted Quasimodo support (the missing link is the 61.8% Fib level at the initial pullback [red arrow]).

The RSI failed to find acceptance north of the 50.00 centreline last week, informing traders that momentum remains to the downside for the time being.

Thursday’s rejection off trendline support-turned resistance, taken from the low 1.3670, reinvigorated sellers, with price movement touching gloves with support at 1.3680 Friday. Note, however, limited bullish activity was seen from this level.

Beyond support, the technical radar focuses on the daily Quasimodo support highlighted above at 1.3609. North of trendline resistance, on the other hand, resistance is seen at 1.3852.

1.37 welcomed whipsaw movement heading into early European hours on Friday, with subsequent buying failing to reach 1.3750 resistance before rotating south into the close. As you can see, GBP/USD settled back within striking distance of 1.37.

Having noted the recent whipsaw through 1.37, and immediate flow displaying a bearish bias since topping around 1.39, bids are likely fragile at this big figure. Support at 1.3653, therefore, could make a show this week, dovetailing closely with a 1.272% Fib extension at 1.3650.

In tandem with the short-term bearish bias highlighted above, upside momentum, according to the relative strength index (RSI), has been capped by a trendline support-turned resistance, drawn from the low 23.20.

The daily timeframe’s Quasimodo support at 1.3609 is likely to be on the watchlist for many this week. Not only is this considered stable structure, neighbouring Fib confluence and the near-perfect three drive bullish pattern reinforces its technical presence.

In addition to H4 support at 1.3680 echoing a fragile tone, the 1.37 figure appears on the verge of giving way on the H1. Therefore, a short-term bearish scenario may emerge south of 1.37 early week. Downside targets rest at H1 support from 1.3653, with further selling potentially pulling price as far south as daily Quasimodo support mentioned above at 1.3609.