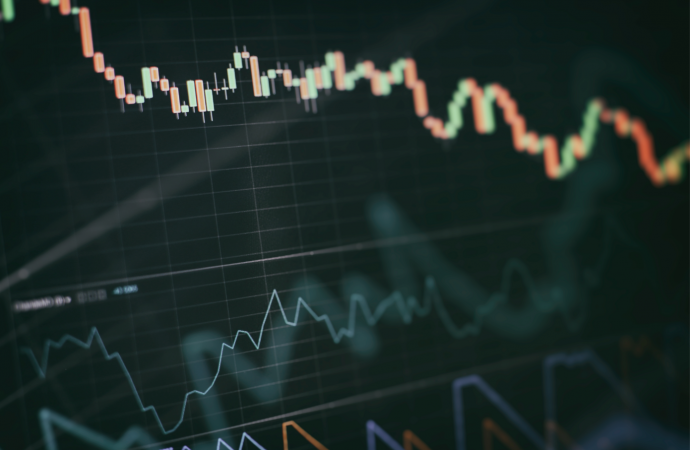 Major US equity indexes witnessed an enthusiastic open, following Monday’s closure in observance of Juneteenth National Independence Day. This weighed on safe-haven assets, including the US dollar, which underpinned a EUR/USD bid. In terms of economic data for the greenback, US existing home sales took the spotlight in US hours, though sparked limited reaction in price.

Total existing-home sales, completed transactions that include single-family homes, town homes, condominiums and co-ops, fell 3.4% from April to a seasonally adjusted annual rate of 5.41 million in May. Year-over-year, sales receded 8.6% (5.92 million in May 2021).

From a technical perspective, the EUR/USD remains entrenched in a primary bear trend, visible on the weekly timeframe. Although casting a bearish cloud over the currency pair, support is clear on weekly and daily timeframes, with room to approach at least weekly Quasimodo support-turned resistance at $1.0778. Weekly support can be found between $1.0298 and $1.0445 (composed of Quasimodo resistance-turned support, 2nd January low [2017], and a 100% Fibonacci projection [AB=CD harmonic bullish formation]). This, of course, shares chart space with daily Quasimodo support from $1.0377, which benefits from the daily chart’s relative strength index (RSI) rebounding from trendline support, taken from the low 23.08. The indicator journeying above 50.00 also implies positive momentum (average gains exceeding average losses).

Should weekly flow remain beneath Quasimodo support-turned resistance from $1.0778, and eventually dismantle current support (as the trend suggests), a 1.272% weekly Fibonacci projection could be targeted beneath parity at $0.9925.

As evident from the H1 timeframe, price clipped the lower edge of a familiar prime resistance at $1.0608-1.0581 during early European trading on Tuesday. This followed a to-the-pip retest of $1.05 late on Monday. To the downside, beyond $1.05, prime support is calling at $1.0451-1.0475 and unlocks the door to a whipsaw of $1.05. Also of technical relevance is H4 prime resistance residing above H1 prime resistance at $1.0655-1.0632. Therefore, rupturing the H1 zone could lead to sellers fading upside momentum from the H4 area.

It was another relatively muted session for the Australian dollar and US dollar pairing on Tuesday, eking out a modest 0.4 per cent gain.

Early hours saw RBA governor Philip Lowe, in a speech to American Chamber of Commerce in Australia (AMCHAM), state that the RBA is expecting ‘inflation to peak at around 7 per cent in the December quarter’. In addition to this, Lowe said ‘as we chart our way back to 2 to 3 per cent inflation, Australians should be prepared for more interest rate increases’. (Reserve Bank of Australia, 2022). This clearly sets the stage for an additional hike on 5th July.

Focus is directed to weekly support between $0.6632 and $0.6764, strengthened by not only the long-term bearish trend, but also the daily timeframe’s lack of buying from Quasimodo support at $0.6901. Add this to the daily relative strength index (RSI) registering minus 50.00 values since early June, and the pendulum is swinging in favour of further losses.

Across the page on the H1 scale, prime resistance at $0.7029-0.6984—houses the widely watched $0.70 level—recently welcomed price action at its lower boundary. Given psychological values, particularly big figures like $0.70, a whipsaw above the number could play out within the H1 prime resistance before sellers attempt to navigate lower levels. However, do bear in mind that circling just above the H1 zone is H4 prime resistance drawn from $0.7062-0.7031. H1 support falls in nearby at $0.6926, closely shadowed by $0.69 and a prime support coming in from $0.6863-0.6892.

USD/JPY bulls echoed an offensive phase on Tuesday, refreshing highs of ¥136.45 (highest level since 1998). Reinforced by upbeat risk sentiment denting demand for the safe-haven Japanese yen, this has resulted in weekly price touching gloves with resistance, made up between ¥137.23 and ¥136.04. Despite weekly resistance, the currency pair is rooted within a dominant primary bullish uptrend, which really made its presence felt at the beginning of 2021. Out of the daily chart, price recently recoiled from supply-turned demand at ¥131.93-131.10 and is now poised to reach for Quasimodo support-turned resistance at ¥139.55.

The weekly resistance zone is clear on the H4 scale, with a H4 decision point seen below at ¥134.49-135.43. A closer reading on the H1 chart shows price manoeuvred above ¥136 and retested the level as support in early US trading on Tuesday. This shines the technical spotlight towards ¥137.

The H1 chart shows that price is retesting ¥136 as support, indicating that alongside the heavy-handed uptrend we are in right now, further buying could indeed be seen towards ¥137 in spite of weekly resistance between ¥137.23 and ¥136.04.

It was another muted session for sterling on Tuesday, as GBP/USD finished the session considerably off best levels. Short-term action crossed swords with the lower side of $1.23, and, although touching a high of $1.2324, was unable to find acceptance north of the psychological level. H1 trendline support is nearby current price action, drawn from the low $1.1933. Rebounding from this level implies that buyers remain confident at these levels and could attempt to retake $1.23 and take aim at $1.24, which happens to be enclosed within the walls of a H4 prime resistance zone at $1.2411-1.2359. Under the trendline support, nevertheless, $1.22 warrants attention, followed by H4 support priced at $1.2166.

Short-term, the H1 trendline support is interesting and will likely be a key watch in upcoming trading, particularly as trendlines on GBP/USD have a tendency to hold price (or respond well as support/resistance when retested following a breach).