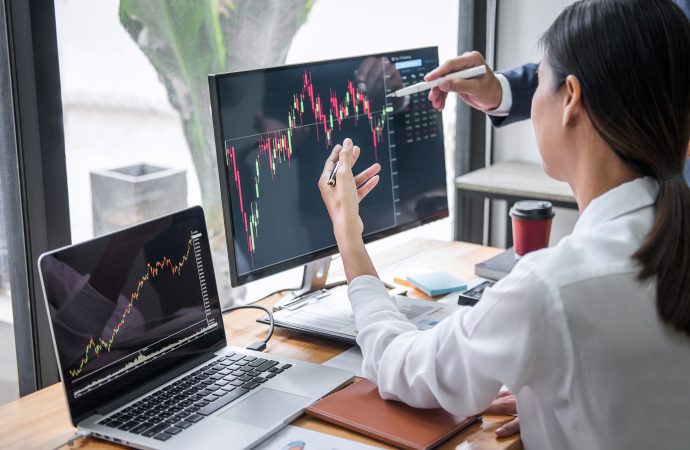 Versus six major foreign currencies, the US dollar clocked a fresh 2-decade high in the immediate aftermath of Wednesday’s hotter-than-expected US inflation data, which led EUR/USD back to parity ($1.00). Despite this, the currency pair advanced strongly amid US hours, consequently touching gloves with the lower side of $1.01 on the H1 timeframe. North of this psychological level points to H1 supply coming in at $1.0170-1.0140, closely shadowed by daily resistance priced in at $1.0182 as well as the $1.02 figure (H1).

In terms of the overall direction, the trend remains resolutely lower. Here’s what I had to say about higher timeframe structure in previous analysis:

Both weekly and daily charts demonstrate scope to navigate lower until reaching a 1.272% Fibonacci projection from $0.9925 and support at $0.9919, respectively. Amplifying the bearish landscape is trend direction, decisively southbound since 2021. On the side of buyers, however, is the daily timeframe’s relative strength index (RSI), showing the indicator’s value penetrated oversold space and called attention to indicator support at 21.87. Another technical observation is the possibility of positive divergence. Though do be aware that this indicator can deliver a number of false reversal signals in trending environments.

Knowing scope to navigate south is visible on the bigger picture, a whipsaw above $1.01 on the H1 to supply coming in at $1.0170-1.0140 could materialise and be enough to motivate a bearish scenario back to at least $1.00.

Broad downside seen on the US dollar underpinned the Australian dollar on Wednesday, elevating the currency pair higher for a second consecutive session. Technically, weekly support between $0.6632 and $0.6764 (composed of a 100% Fibonacci projection, a price support, and a 50% retracement) is delivering a ‘floor’. The caveat, of course, is the overall trend. Here’s text taken from previous analysis in regards to trend direction (italics):

The Australian dollar continues to reflect a bearish atmosphere against the US dollar, veering lower since $0.8007 (22nd Feb high [2021]). The monthly timeframe has portrayed a downtrend since August 2011, indicating the rally from the pandemic low of $0.5506 (March 2020) to a high of $0.8007 (February 2021) on the weekly timeframe is likely viewed as a deep pullback among chartists. Downside from the 2021 February top (an early primary bear trend), therefore, is potentially seen as a move to explore lower over the coming weeks.

The currency pair remains in favour of selling after cementing position south of Quasimodo support from $0.6901. Support is seen at $0.6678 (rests within weekly support). Adding to the bearish prospect, the chart’s relative strength index (RSI) continues to discover space under its 50.00 centreline (negative momentum).

Interestingly, alongside the higher timeframes echoing a bearish setting, H4 trendline resistance (drawn from the high $0.7283), coupled with H1 resistance between $0.6812 and $0.68 (composed of a 61.8% Fibonacci retracement, a Quasimodo support-turned resistance and the $0.68 figure) is active.

The H1 resistance between $0.6812 and $0.68 is likely to garner interest as bears look to ‘sell rallies’ in light of trend studies, which essentially shows a bearish trend on the weekly, daily, H4 and H1 timeframes.

Following a fresh 24-year pinnacle, USD/JPY veered off best levels on Wednesday. This is unlikely to concern current longs in this market, despite weekly resistance recently making a show at ¥137.23. Policy divergence and an unmistakable primary bull trend (weekly timeframe) reinforces a bullish scene.

Also of technical relevance is the daily timeframe’s technical framework. Here’s a reminder of where I left the charts ahead of Wednesday’s technical briefing (italics):

Price action exhibits scope to approach ¥139.55, a Quasimodo support-turned resistance. This follows a mid-June retest of daily supply-turned demand at ¥131.93-131.10.

Through the relative strength index (RSI) on the daily chart, the popular momentum gauge has demonstrated reduced momentum since the indicator delivered negative divergence on 14th June. Indicator support between 40.00 and 50.00, therefore, is an obvious base to monitor, an area serving as a ‘temporary’ oversold zone since May 2021 (common in strongly trending environments). If further buying takes shape, as suggested through the lack of bearish pressure from weekly resistance, indicator resistance is in sight at 87.52.

For those who read the latest technical report you may also recall the following text (italics):

As evident from the H4 and H1 charts, H4 flow rebounded from the upper limit of its ascending triangle formation and H1 price recoiled from ¥136.41-136.65. Subsequent action reclaimed ¥137+ status, movement throwing light on ¥138 to the upside (H1).

While weekly resistance is in full swing, daily, H4, and H1 price indicate higher levels are in the offing. Holding above ¥137, therefore, may take shape, targeting ¥138 on the H1, followed by the H4 timeframe’s ascending triangle profit objective at ¥139.07.

Aided by softening demand for the US dollar and upbeat growth data out of the UK (GDP) in May, GBP bulls held their own on Wednesday, reaching highs of $1.1967 during the US session and shaking hands with H1 resistance at $1.1949.

Weekly price continues to work with space south of Quasimodo support at $1.1958.

I also noted the following on weekly and daily timeframes (italics):

Violating $1.1958 unmasks the pandemic low of $1.1410 as the next reasonable downside target. Trend direction has also been unmistakably bearish since February/May’s double-top formation on the weekly timeframe at around $1.4241. Furthermore, seen through the monthly timeframe, the long-term downtrend has been soft since late 2007 tops at $2.1161.

In terms of where I stand on the daily timeframe, limited support is evident until the 100% Fibonacci projection ratio at $1.1683. Overhead directs focus to trendline resistance, taken from the high $1.3639, and therefore could be a technical point we see sellers surface from in the event of a push higher. In conjunction with the weekly chart’s bearish vibe, the daily timeframe’s relative strength index (RSI) remains under its 50.00 centreline (negative momentum).

Where things begin to become interesting is on the H4 timeframe, as price embraces resistance coming in at $1.1933, which happens to be joined closely with a local trendline resistance, taken from the high $1.2332. Also joining the H4 area of resistances is H1 resistance from $1.1949, a level underlined above. $1.19 is now a talking point on the H1 timeframe. It is worth mentioning that should price respect $1.19 and overrun $1.1949, H1 prime resistance calls for attention at $1.2006-1.1986, which houses the widely watched $1.2000 figure within.

Longer-term technical studies show weekly Quasimodo support at $1.1958 is likely to be eventually overthrown. A decisive close south of here tips the currency pair in favour of further downside, targeting at least the daily timeframe’s 100% Fibonacci projection at $1.1683, in line with the current downtrend.

Short term, consistent with the bigger picture, the reaction from H1 resistance at $1.1949 and H4 technical structure could eventually see price tunnel through $1.19 to explore lower levels.