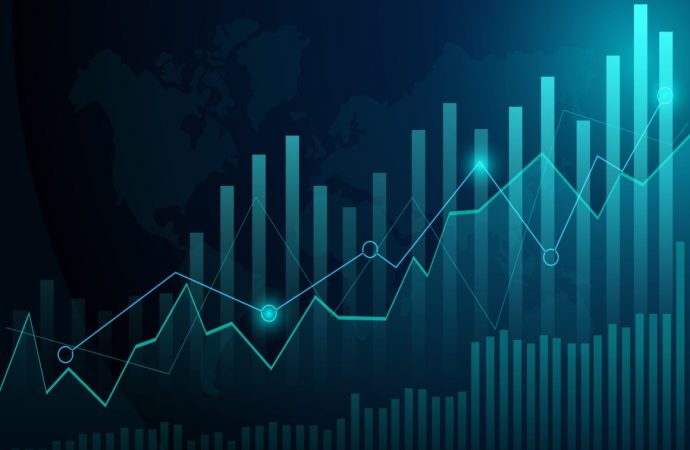 The US dollar, according to the US Dollar Index, echoed a downbeat tone on Thursday ahead of the eagerly awaited US jobs figures today. In terms of risk events, US weekly unemployment claims came in largely as expected at 260,000.

EUR/USD finished the day higher by 0.6 per cent, movement throwing light on resistance at $1.0377 on the daily timeframe. Technicians will note the level intersects with trendline resistance, extended from the high $1.1495. Interestingly, though, the daily chart’s RSI is nibbling at the lower side of the 50.00 centreline; a break north of here indicates positive momentum and could fuel a (price) pop to $1.0377.

Ultimately, however, the trend is decisively lower. Visible from the weekly timeframe, the currency pair has been lower since the beginning of 2021. Resistance on the weekly timeframe at $1.0298 also came within a whisker of welcoming price action this week; currently, weekly flow is shaped in the form of a doji indecision candle (which could be a sign that buyers have exhausted their efforts and sellers may soon control things). On the assumption that sellers remain in command, the weekly timeframe’s next downside objective rests at a 1.272% Fibonacci projection from $0.9925.

The Australian dollar eked out modest gains against its US counterpart on Thursday, following Wednesday’s (near) to-the-pip retest of support at $0.6901 on the daily timeframe. As you can see, price action on the daily timeframe demonstrates room to approach familiar resistance at $0.7039 (accompanied by a 38.2% Fibonacci retracement at $0.7051). Note that north of here we also have the 200-day simple moving average circling around $0.7162.

Price action on the weekly timeframe continues to engage resistance at $0.6996. This follows a recovery from support between $0.6632 and $0.6764 (composed of a 100% Fibonacci projection, a price support, and a 50% retracement). Siding with the current weekly resistance, nonetheless, is trend direction: reflected a primary downtrend since $0.8007 (22nd Feb high [2021]).

Driven by the theme of modestly weak US Treasury yields and softening demand for the greenback, the USD/JPY snapped a two-day bullish phase from supply-turned demand at ¥131.93-131.10. However, this is an area that is not only glued to the upper edge of a weekly decision point at ¥126.40-131.30, it is also a point the charts saw buyers step in and retest on 16th June. Resistance targets on the bigger picture are seen at ¥137.23 on the weekly scale, closely shadowed by daily Quasimodo support-turned resistance at ¥139.55.

Also of note on the higher timeframes, the primary bull trend remains in full swing: printing dominant up moves since 2021. As such, the two-week correction from weekly resistance at ¥137.23 and recent retest of the weekly decision point at ¥126.40-131.30 could simply be a dip-buying scenario we are seeing play out. One final feature worth underlining is the daily chart’s relative strength index (RSI) seen shaking hands with resistance at 50.00-40.00.

A decision point from ¥134.70-134.20 has been an area I have been monitoring since the late July test which resulted in a significant nose dive to Quasimodo resistance-turned support at ¥130.58. As you can see, this area greeted price once again in recent trading and sellers put in an appearance. Addressing the H1 timeframe, you will note that price retested ¥133 on Thursday after a brief spell north of ¥134. My main focus remains on prime resistance calling at ¥135.31-134.86, though we may not reach this far north this week. Territory beneath ¥133 shows limited support until ¥132.