Technical View Ahead of the Latest Eurozone Inflation (July 29th 2022) 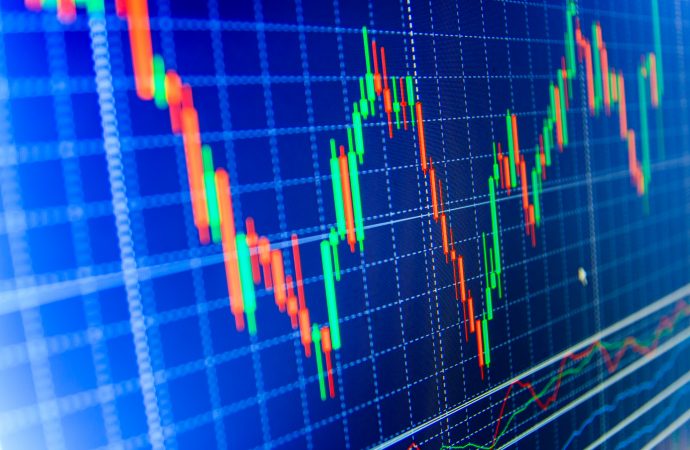 The US dollar pared earlier upside on Thursday, following weak growth data out of the US—GDP contracted for two consecutive quarters and meets the requirement of a ‘technical recession’. In spite of this, US equities finished the session in positive territory. This is perhaps due to the recent Fed movement, which had the Fed Chairman Jerome Powell say that ‘at some point, it will be appropriate to slow down’, indicating a lower probability of large hikes at future meetings.

The technical scene on the EUR/USD, nevertheless, remains largely unchanged on the bigger picture.

Here’s where I left the charts on the weekly timeframe:

The risk of further depreciation for the euro remains, according to the technical landscape. Aside from an unequivocal downside bias since the beginning of 2021 on the weekly timeframe (primary bear trend), an additional headwind on the weekly scale is resistance at $1.0298. On the assumption that sellers remain in command, the weekly timeframe’s next downside objective rests at a 1.272% Fibonacci projection from $0.9925.

Meanwhile on the daily timeframe, buyers and sellers continue to square off around support at $1.0182. A bid could draw the currency pair in the direction of resistance at $1.0377 (arranged just above weekly resistance at $1.0298), while sellers assuming control unlocks the door to support coming in at $0.9919. Further notes on the daily chart, of course, shows the relative strength index (RSI) levelling off south of the 50.00 centreline, movement that indicates negative momentum.

The risk-sensitive Australian dollar wrapped up Thursday lower against the US dollar, though remains positive, week to date.

Despite Thursday’s decline, prime resistance on the H4 timeframe continues to call for attention at $0.7062-0.7031. This is an area that’s strategically positioned north of the widely watched $0.70 psychological figure on the H1 timeframe, which happened to welcome sellers in recent trading. Any further downside from this point throws light on $0.69 and neighbouring H1 Quasimodo support at $0.6893.

Analysis based on the weekly and daily timeframes remains unchanged. The following text has been acquired from previous research (italics):

The weekly timeframe boasts support between $0.6632 and $0.6764 (composed of a 100% Fibonacci projection, a price support, and a 50% retracement), an area weekly price action greeted in early July in the shape of a hammer candlestick formation (bullish signal). Interestingly, resistance-turned support on the daily timeframe at $0.6901 was tested this week and, as you can see, has held ground for the time being. Daily resistance coming in at $0.7039 is seen overhead as an obvious upside objective, complemented by a 38.2% Fibonacci retracement ratio at $0.7051.

Whipsawing north of $0.70 on the H1 to H4 prime resistance at $0.7062-0.7031 is still a setup the charts may see playout, particularly in response to Thursday’s subdued $0.70 reaction. A bearish scenario is also in line with the overall downtrend. It’s also worth taking into account that the H4 prime resistance shares space with daily resistance around the $0.7050ish region.

As US Treasury yields fell across the curve, the US dollar followed suit and hauled the USD/JPY to deeper water on Thursday. Following an almost picture-perfect whipsaw north of the ¥137 figure on the H1 chart on Wednesday—action that witnessed a wave of selling emerge from H1 supply coming in at ¥137.57-137.30—recent intraday flow is seen nibbling at the lower side of a H1 Quasimodo support-turned resistance level from ¥134.71. Is this enough to draw short-term flow towards ¥134? The H1 chart seems to think so, as does the H4 chart: displaying scope to drop as far south as a support area coming in between ¥132.87 and ¥133.60.

Looking across to the bigger picture, two words come to mind: limited support. Despite the currency pair still emphasising a decisive uptrend (a pronounced primary bull trend underscoring strength since 2021), recent days had price test resistance on the weekly timeframe at ¥137.23, delivering a healthy bearish rotation that snapped a seven-week bullish phase. Whether this will be enough to wave in additional selling to weekly support from ¥125.54 is unlikely.

Out of the daily timeframe, nonetheless, supply-turned demand at ¥131.93-131.10 is likely to call for attention should sellers change gears and explore deeper terrain. Daily resistance is seen at ¥139.55: a Quasimodo support-turned resistance level. Interestingly, the daily timeframe’s relative strength index (RSI) appears poised to overthrow indicator support between 40.00 and 50.00, an area serving as a ‘temporary’ oversold zone since May 2021 (common in strongly trending environments). This adds weight to the lack of support in this market right now.

Short term, chart studies suggest a dip to at least support between the upper edge of H4 support at ¥133.60 and ¥134 on the H1. As a result, we may see sellers emerge from between ¥135 and H1 Quasimodo support-turned resistance from ¥134.71.

The technical picture is interesting on the GBP/USD right now.

Addressing the weekly timeframe, support drawn from $1.1958 welcomed price action in recent weeks and, as you can see, has underpinned a bid. Weekly resistance from $1.2719 is seen as the next upside objective. Yet, additional GBP buying is questionable in view of the current downtrend and the daily timeframe’s trendline resistance being tested, taken from the high $1.3639, and therefore could be a technical point we see sellers surface from. In support of the push from weekly support, however, the daily timeframe’s relative strength index (RSI) is seen voyaging above its 50.00 centreline (positive momentum).

This is a tricky market, technically speaking.

On one side, I see a clear downtrend and daily price shaking hands with trendline resistance.

On the other side, I see weekly support coming in at $1.1958 and the H4 on the verge of reaching for an inverted head and shoulders pattern’s take-profit objective at $1.2335.

Ultimately, sellers are likely holding the stronger hand here, in light of the long-term downtrend, though sellers are unlikely to commit until H1 price closes south of $1.21.