Technical View Ahead of FOMC for June 15th 2022 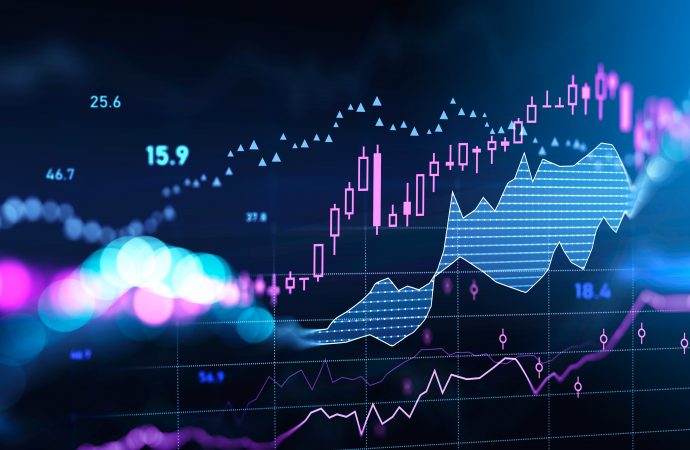 For those who read Tuesday’s technical briefing, you may also recall the following:

In light of the above analysis, a pullback in this market could trigger a sell-on-rally scene from between $1.05 on the H1 and H4 resistance at $1.0483.

As evident from the shorter-term charts, price action responded to the lower edge of $1.05-1.0483 in early London on Tuesday, shaped by way of a H1 shooting star candle formation (bearish signal).

As the market digests the possibility of a 75-basis point hike in today’s FOMC rate decision, pro-cyclical currencies, such as the New Zealand dollar, the Canadian dollar and Australian dollar struggled to find a bid yesterday.

Out of the daily timeframe, Quasimodo support from $0.6901 is under siege, with a break shining light on support as far south as $0.6678 (nestled within weekly support mentioned above). This—coupled with the H4 timeframe cementing position beneath resistance at $0.6913 and H1 flow retesting the lower side of $0.69—signals H4 support at $0.6833 and H1 Quasimodo support from $0.6842 could be tested, followed by a possible test of $0.68.

28th January high (2002) at ¥135.16 remains in play on the weekly timeframe as buyers show on Tuesday. Soured demand for the Japanese yen was evident amid another risk-off session, albeit not as energetic as Monday. Daily Quasimodo resistance-turned support is seen at ¥133.45, should sellers regain control, followed by a daily supply-turned demand area at ¥131.93-131.10. The daily chart’s relative strength index (RSI) also remains on the verge of chalking up early bearish divergence within overbought space.

With buyers still clearly at the helm, the fact the H1 chart is chalking up resistance around the ¥135 region that merges with H1 trendline support-turned resistance, drawn from the low ¥127.63, is unlikely to halt USD/JPY buyers. As such, a ¥135 breach could encourage breakout buying, targeting ¥136.

Sterling remained on the ropes on Tuesday, erasing more than 1.0 per cent versus the U.S. dollar. Week to date, we are 2.7 per cent lower, movement overthrowing Quasimodo support at $1.2164 on the weekly chart and landing price on the doorstep of another weekly Quasimodo support at $1.1958. Below here and we are looking at pandemic lows of $1.1410.

From the daily chart, support is positioned a touch north of the weekly support at $1.2018. Therefore, this is an area traders are likely watching—even more so knowing the daily relative strength index (RSI) is threatening possible (positive) divergence.

H4 Quasimodo support-turned resistance served well at $1.2166 in recent trading, guiding the currency pair to within reach of support at $1.1928. Recent downside also pencilled in a H1 decision point from, and sent price action beneath $1.20, a widely watched psychological figure.

In view of the above analysis, sellers are likely to try and hold under $1.20. However, road blocks in the form of weekly and daily support, as well as H4 support (see above), are present before traders can take aim at $1.19.

The major cryptocurrency received some much-needed respite on Tuesday, following Monday’s 15 per cent tumble. From a technical perspective, support at $20,000 remains firmly on the radar as a reasonable downside objective.

Where things become interesting is if we puncture the $20,000; this opens the gate to a pennant’s profit objective at $15,523. Note that the pennant’s lower edge was ruptured on 8th June and price subsequently shaped a five-day losing streak.

Interestingly, the relative strength index (RSI) pushed its way into oversold space in recent movement, casting light on indicator support coming in from 20.25.

Ultimately, similar to Tuesday’s technical briefing, this remains a sellers’ market for the time being, targeting $20,000, with the possibility of a dip to the $15,000 region.

Things are not looking too good for the harmonic Gartley pattern’s PRZ (Potential Reversal Zone) between $1,815 per ounce and $1,843 per ounce. Following Monday’s spirited decline—which moved price beneath the 200-day simple moving average at $1,842 per ounce—Tuesday extended losses and exposed Quasimodo support from $1,762 per ounce.

Continuation selling is perhaps in the offing (targeting the aforementioned Quasimodo support), supported by recent price movement and the current primary bear trend, but also the relative strength index (RSI) rejecting the lower side of the 50.00 centreline: negative momentum.