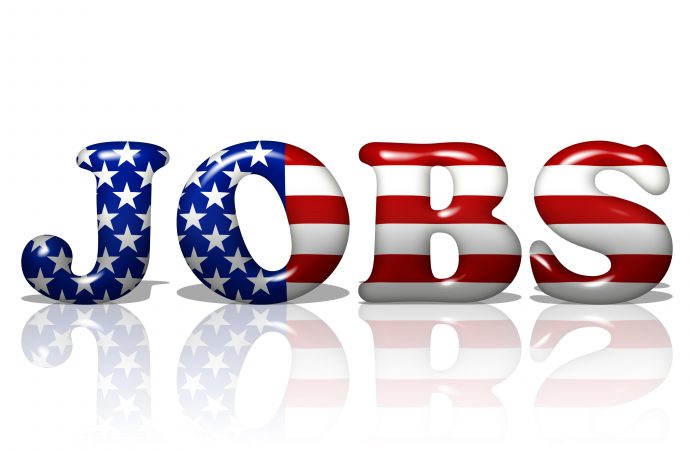 April, as you can see, spent the best part of the month feasting on the top edge of 1.0488/1.0912, though did manage to squeeze out a Japanese hammer candlestick pattern, viewed as a bullish reversal signal.

May, on the other hand, is currently tunnelling back into the said demand, overlooking April’s candlestick signal.

Thursday bottomed a few pips ahead of the 78.6% Fib level at 1.0745 and clawed back a large portion of Wednesday’s slide.

Another constructive development on this timeframe is, albeit in large form, a bearish pennant pattern between 1.1147/1.0635. A decisive daily close beneath pattern structure could generate a wave of selling.

Trendline resistance-turned support (1.1147) maintained its position Thursday, despite price dipping a toe in waters beneath 1.0770, missing another trendline support coming in from 1.0635. Since then we’ve seen upside gain speed, conquering resistance at 1.0821 and bringing light to the possibility of additional gains to supply at 1.0906/1.0878.

Although H4 price reveals interest in perhaps taking things higher above 1.0821, H1 supply at 1.0847/1.0832, as well as 1.0850, could prove troublesome for buyers. A pivotal H1 close above the said barriers is likely required before fresh buyers enter the mix towards 1.09.

While the harmonic Gartley formation, boasting a defining limit at the 78.6% Fib level from 0.6433 (blue), remains a point of interest on this timeframe, it’s still worth keeping an eye on local price action.

H4 price, as you can see, recently pencilled in a double-bottom scenario out of demand at 0.6356/0.6384, with yesterday’s action confirming the pattern by breaking through Tuesday’s high at 0.6476 (red arrow) and establishing a take-profit target around 0.6578 (green boxes).

Aside from a modest dip to 0.6450 into the US session, Thursday ran with a series of bullish candles and powered into 0.65 and a converging trendline support-turned resistance. This also hauled the RSI indicator into overbought waters.

Aside from H1 testing 0.65, higher timeframes suggest we could be heading higher. Therefore, a break above 0.65 could be in the offing, which may see intraday breakout buyers make a play, targeting 0.6539 as an initial target. 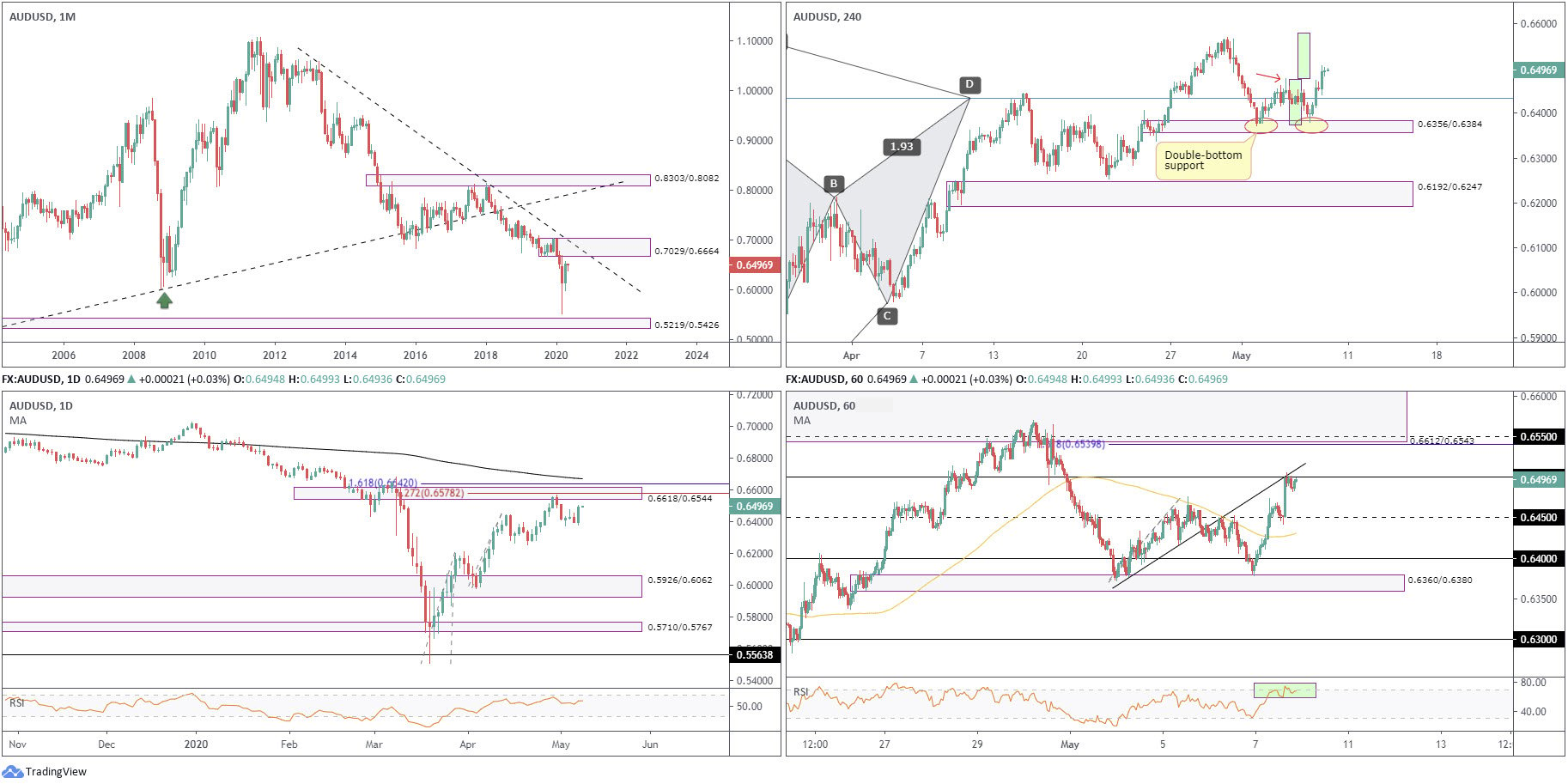 Although scratching in a modest recovery Thursday, snapping a four-day losing streak, sellers clearly still have the upper hand in this market. Price action, as you can see, remains entrenched within the parapets of demand from 105.70/106.66; abandoning its position may eventually see demand at 100.68/101.85 make a show.

The response out of daily demand at 105.70/106.66 echoes a fragile tone, as well as monthly price also exhibiting scope to navigate lower levels, strengthening the possibility of the H4 bearish pennant pattern completing its target of 104.89. 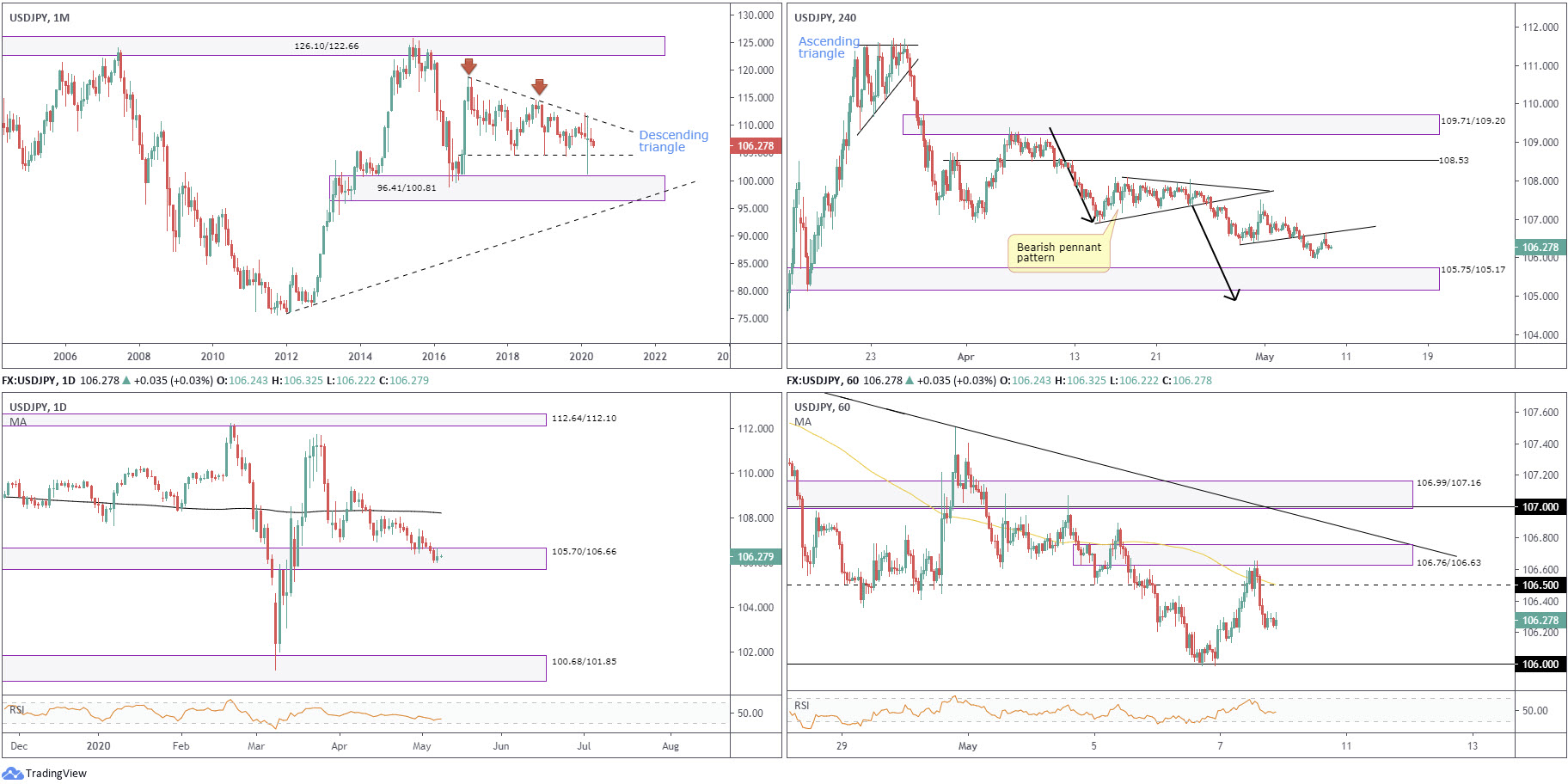 Upside momentum recently diminished as the pair crossed paths with the 200-day simple moving average (SMA) at 1.2647, a value that boasts a close connection to a demand-turned supply at 1.2649/1.2799.

Thursday attempted to make a comeback, though faltered at highs of 1.2418 and wrapped up the session in the form of an indecision candle. Demand at 1.2212/1.2075 remains in sight as the next point of interest to the downside.

Trendline support (1.2163) made its debut on Thursday and left traders with a hammer candlestick pattern, generally viewed as a bullish signal. Traders will likely be hesitant about committing to long positions here, having seen demand-turned supply at 1.2399/1.2453 cap upside. Beyond here, resistance is also seen nearby at 1.2520 and at 1.2624.

According to the H1 timeframe, it appears bulls transitioned into the driver’s seat, breaking trendline resistance (1.2643) and placing a marker on 1.24 as possible resistance, followed by fresh supply posted at 1.2450/1.2426. Note the 100-period simple moving average (SMA) is seen closing in on 1.24.

As stated in recent analysis, monthly price exhibits scope to approach 1.2235 (the top edge of support); daily price also suggests the possibility of a move to 1.2212 (the upper edge of demand).

H4 action has the potential to rally off trendline support today, if we take 1.2399/1.2453, though do be prepared for some competition around 1.2520. Upside is also somewhat confirmed on the H1 timeframe. Breaking the trendline resistance likely excites breakout buyers, but with 1.24 stationed close by, along with supply at 1.2450/1.2426, these areas may throw a spanner in the works. 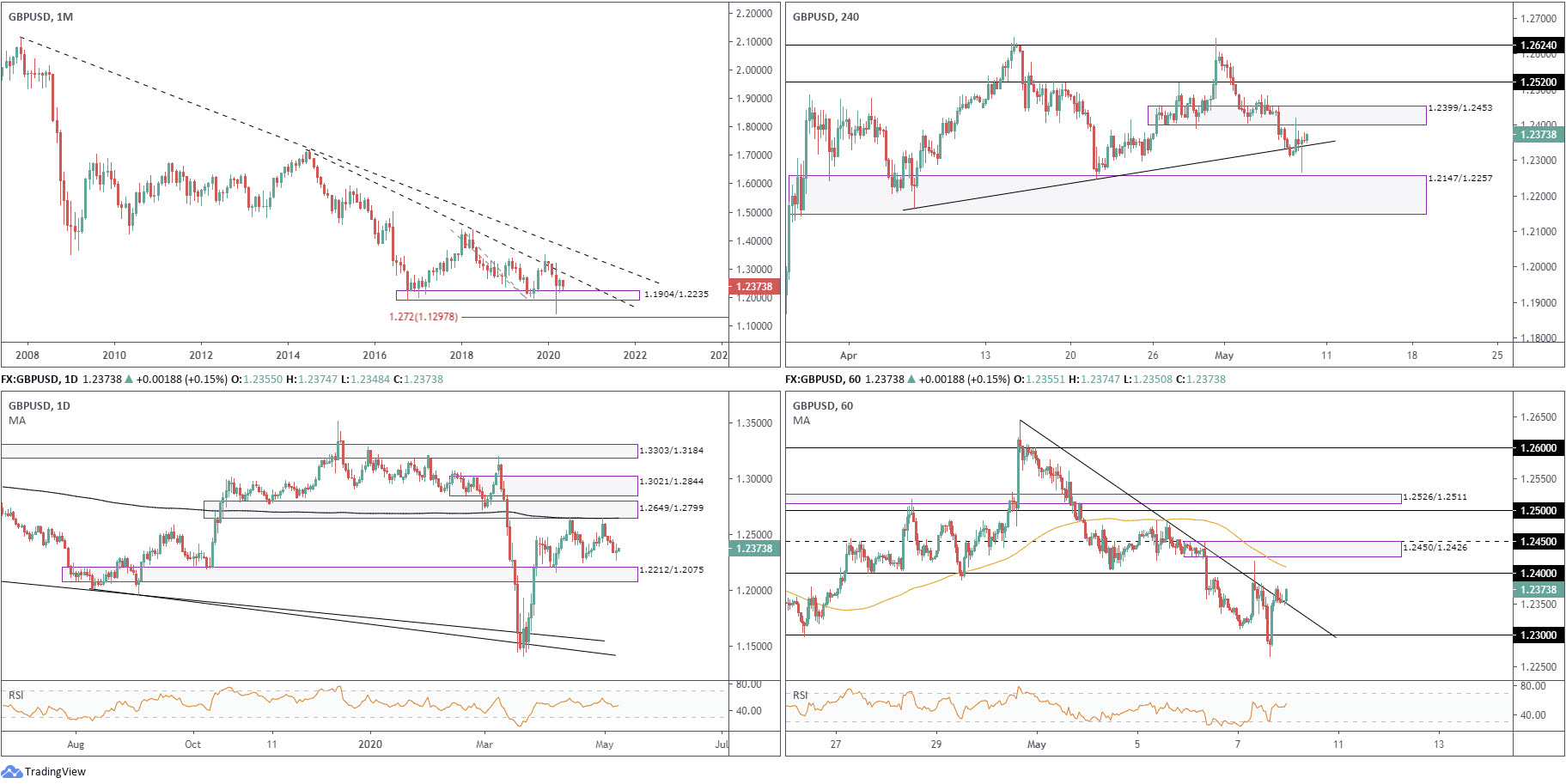