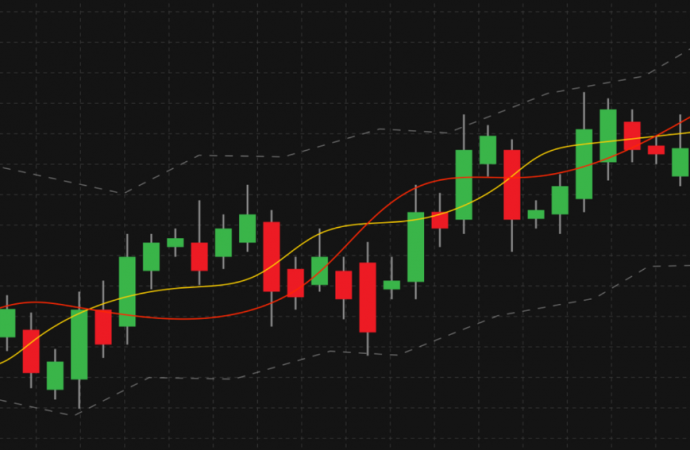 Ahead of the FOMC minutes, chart studies paint an interesting picture.

Buyers and sellers continue to battle for position around weekly Quasimodo supports between $1.0467 and $1.0517. This follows a one-sided tumble last week (2.4 per cent) that engulfed the pandemic low of $1.0638 (March 2020) to a multi-year low of $1.0471, a level highlighted on the daily timeframe. Any effort to hold current supports on the weekly scale calls attention towards weekly Quasimodo support-turned resistance from $1.0778, whereas elbowing lower shines the technical spotlight on the $1.0340 2nd January low (2017). Exploring south is the likely outcome, according to the current trend, dominant since the beginning of 2021. Adding to this, seen clearly from the monthly timeframe, the overall vibe has been to the downside since topping in April 2008.

Recent technical research underlined the following in regards to daily and H4 timeframes:

Meanwhile, price action on the daily timeframe reveals buyers and sellers squaring off from a support zone between $1.0494 and $1.0526, composed of two 100% Fibonacci projections and, of course, the weekly Quasimodo support highlighted above at $1.0517. Recent fluctuations around the daily base pieced together a H4 pennant formation, drawn from $1.0593 and $1.0471. Should H1 sellers commit and dethrone $1.05 as well as Quasimodo support from $1.0481, this may be sufficient to permit a change in gear for sellers and navigate beyond the lower limit of the pennant.

Of note regarding the H4 pennant pattern, a decisive breakout lower would have chart pattern enthusiasts begin to pencil in the downside target (the length of the pole [the previous down leg] applied to the breakout point). Technicians will also acknowledge pennants (as well as flags) are sometimes labelled as ‘half-mast patterns’ as they can occur half way through (in this case) the down move.

The absence of bullish interest from weekly Quasimodo supports between $1.0467 and $1.0517 and the daily timeframe’s 100% Fibonacci projections at $1.0494 and $1.0526 signals H4 price may break south of its pennant formation. A $1.05 close lower on the H1 timeframe, therefore, could encourage a bearish scenario.

As of current price movement, activity continues to address prime support from $0.6948-0.7242 on the weekly chart. This is a long-term zone, though echoes weakness according to trend studies. Here’s where we left the charts in previous analysis in terms of current long-term direction:

Undeniably, April’s movement places the weekly timeframe’s prime support in question, reopening the risk of a return to weekly support at $0.6673 and neighbouring 50.0% retracement at $0.6764.

Recovery gains, however, have been seen on the daily scale in recent days, underpinned by a familiar decision point at $0.6964-0.7040 (fixed within the lower limits of weekly prime support mentioned above at $0.6948-0.7242). In effect, the area represents the ‘last line of defence’ for the weekly timeframe’s prime support. Upside has allowed price to also manoeuvre above daily resistance from $0.7165 and view the 200-day simple moving average at $0.7283. Analysis based on the relative strength index (RSI) reveals the indicator’s value exiting oversold space, a signal technicians tend to view as a bullish signal. You may also acknowledge hidden bullish divergence, though given the range of the divergence it’s unlikely to be viewed as meaningful.

From a technical standpoint, the weekly picture remains unchanged:

As of writing on the daily timeframe, downside took hold amid US hours with price fading supply at ¥131.93-131.10. In sight is the upper limit of a bullish flag, drawn from a high of ¥129.41, with a break of here pointing to weekly support mentioned above at ¥125.54. From the relative strength index (RSI), the indicator’s value is seen attempting to exit overbought territory. It’s important to recognise that any decisive exit from the overbought area forms a double-top pattern (neckline stationed around the 66.78 31st March low and peaks were established from indicator resistance at 87.52) and could lead the indicator to familiar support at 40.00-50.00 (a temporary oversold zone since May 2021).

From the H4 timeframe, Quasimodo resistance-turned support at ¥128.72 is now in play. This is joined closely by a Fibonacci cluster on the H1 timeframe around ¥128.60, a touch south of ¥129. North of here, we can see the underside of ¥130 while below the Fibonacci levels exposes ¥128.

Both weekly and daily charts still echo healthy bullish vibes at the moment. The weekly timeframe reveals scope to approach ¥135.16 and the daily timeframe recently punctured the upper edge of a bullish flag pattern. Should daily candles eventually overwhelm supply at ¥131.93-131.10, this would add weight to further bullish activity.

Sterling ended Wednesday firmly on the front foot against its US counterpart, technically underpinned by the daily timeframe’s long-term 61.8% Fibonacci retracement from $1.2502 (green). While yesterday was indeed a reasonably impressive session for the pound, traders are reminded of where price is stationed on the weekly timeframe:

Sterling plunged to mid-2020 lows versus a broadly stronger US dollar last week, wiping out 2 per cent on the GBP/USD. The ongoing sell-off had weekly price elbow beneath support at $1.2719, a level that may form resistance in the coming weeks. What’s technically interesting on the weekly chart is the absence of clear support until reaching a Quasimodo formation at $1.2164, in a market demonstrating a clear downside bias from February 2021 tops ($1.4241) and a long-term downtrend since late 2007 tops at $2.1161.

A close above $1.26 is likely to trigger breakout buying, with many traders zeroing in on the H4 resistance from $1.2650 and nearby H1 decision point at $1.2697-1.2668. It is between these zones that chart studies suggest a bearish showing could unfold.