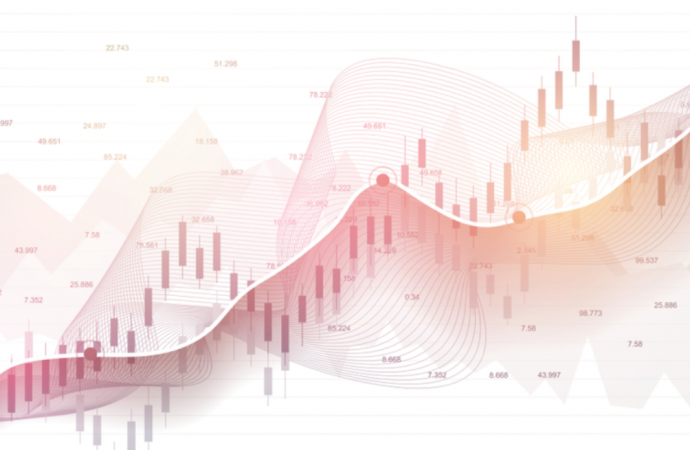 The 200-day simple moving average remains flirting around 1.1939 levels, a dynamic value that could deliver support if tested. Quasimodo resistance at 1.2169, on the other hand, commands attention to the upside.

In terms of RSI action, last week’s withdrawal from 69.00 positions the value within shouting distance of support at 51.36.

As you can see, this pressured Europe’s single currency to fresh weekly troughs at 1.1998, and consequently tipped the scales in favour of a move to support at 1.1990 and a Fibonacci cluster between 1.1971 and 1.1986 (a defined area on a price chart where Fib retracement levels converge).

Overthrowing the aforesaid Fib cluster unearths additional support at 1.1937 (aligns closely with the 200-day simple moving average on the daily scale), while a rotation to the upside shines light on resistance at 1.2108.

April showing life out of monthly demand from 1.1857-1.1352 reinforces a possible retest (dip-buying scenario) at the 200-day simple moving average from 1.1939 (daily timeframe).

Territory to the downside shines the technical spotlight on February’s low at 0.7563, followed closely by trendline resistance-turned support, extended from the high 0.8007.

Interestingly, the RSI value is seen testing trendline support-turned resistance, extended from the low 36.55, and recently nudged south of the 50.00 centreline. North of here, traders are urged to pencil in trendline resistance, drawn from the high 80.12.

A bearish phase unfolded on Tuesday, largely driven on the back of a USD bid amidst safe-haven demand.

Upside targets to be mindful of on the H4 scale are Monday’s tops at 0.7766, followed by Quasimodo resistance at 0.7800.

Early US hours delivered a vigorous whipsaw through 0.77 bids on Tuesday, with enough force to trip protective stops and fill breakout sellers’ sell stops to cause a bear trap. Traders will note that price snapping through 0.77 not only came within striking distance of support at 0.7668, the move was accompanied by RSI bullish divergence and a near-test of RSI support at 19.40 (the value now hovers nearby the underside of the 50.00 centreline).

The absence of supply north of 0.77 unlocks a possible bid today, taking aim at resistance from 0.7752 and the 100-period simple moving average.

The 0.77 whipsaw on the H1—together with H4 crossing swords with trendline support and coming within a whisker of testing Fibonacci support at 0.7657/0.7672—underlines a potential bullish scenario above 0.77, targeting at least H1 resistance from 0.7752.

Monday’s 109 test—aided by the 100-period simple moving average—elevated the currency pair higher on Tuesday, consequently crossing paths with supply at 109.52-109.39 (a decision point to break the 109.26 low) and intersecting trendline support-turned resistance, taken from the low 107.64.

The 109.52-109.39 test, as you can see, pressured short-term flow to the 100-period simple moving average, which replied with a bullish wave back to the aforesaid supply.

Short-term range traders will likely be drawn to the H1 scale today, as price fluctuates between supply at 109.52-109.39 and the 109 base (along with the 100-period simple moving average). Technicians may also note the 109 figure aligns closely with H4 support at 108.99.

Range traders, however, are urged to pencil in the possibility of whipsaws forming. Directly above H1 supply we have the H4 timeframe’s 61.8% Fib resistance at 109.60, while south of 109 has H1 trendline support ready to accept any fakeout movement.

1.3809-1.3832 demand, as you can see, survived Friday’s mild breach, with GBP/USD bulls entering an offensive phase and shaking hands with resistance at 1.3919 on Monday. As evident from the chart, the aforementioned resistance held firm and supported a bearish response on Tuesday.

As you can see, Tuesday had price knock on the door of lows at 1.3838 in early US and stage a recovery back to within touching distance of 1.39. A bearish rejection forming from the latter today, with enough force to dethrone Tuesday’s low, throws light on a possible test of 1.38 (a level mingling with a 61.8% Fib level and a 100% Fib projection at 1.3789).

RSI flow has the value attempting to find acceptance north of the 50.00 centreline, following earlier lows at 37.40.

The combination of the 1.39 figure on the H1 and the 100-period simple moving average is a zone possibly on the radar today. A stab at lower prices from the aforesaid resistances is likely to zero in on H4 demand from 1.3809-1.3832, an area shadowed by the 1.38 figure on the H1.

1.39 shorts, however, must take into account H4 resistance at 1.3919 and H1 resistance from 1.3929, as these levels could pull price higher to collect more sellers (and trip 1.39 stops) before driving lower.