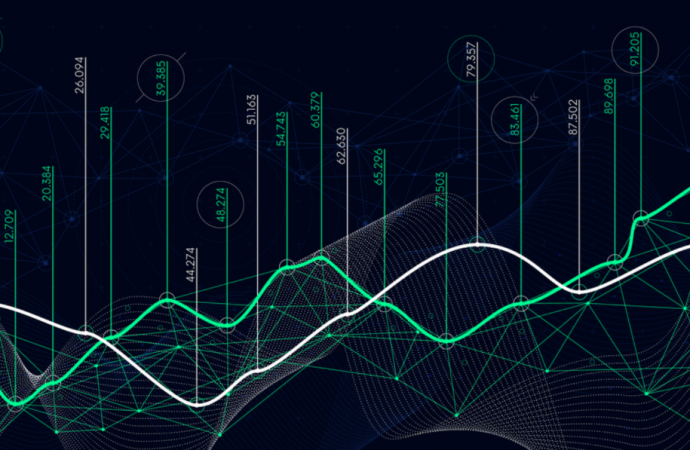 Demand for safe-haven bids materialised Wednesday amid sharp selling across European and US equities. The US dollar—measured by the US Dollar Index—also witnessed modest buying and longer-dated US Treasury yields jolted lower.

Europe’s single currency rotated south against its US counterpart, consequently trimming a portion of Tuesday’s 1.1 per cent advance. Technically, the currency pair is on the doorstep of 2nd January low at $1.0340 (2017) on the weekly timeframe, though trend direction remains on the side of sellers for the time being (dominant since the beginning of 2021). Adding to this, seen clearly from the monthly timeframe, the overall vibe has been to the downside since topping in April 2008.

Quasimodo support coming in at $1.0377 welcomed price action at the tail end of last week. Based on the daily timeframe, subsequent buying elevated the unit to the lower side of a daily bearish flag pattern, made up between $1.0471 and $1.0593. Overhead, the underside of the pandemic low of $1.0638 (March 2020) is also on the radar.

Against the backdrop of higher timeframes, the H4 chart reveals support at $1.0483 is being retested. Although H4 price action remains within a downtrend (most traders are likely watching the $1.0642 high to be engulfed [5th May] to confirm a potential uptrend), technicians may find interest in current support due to its position on the H1 scale. Enclosed within a H1 decision point at $1.0470-1.0492, alongside a H1 trendline support, taken from the low $1.0349, these technical elements may be enough to trigger a bullish stance. What’s technically relevant is these areas are positioned below $1.05, promoting the possibility of a stop-run.

Despite higher timeframes threatening further selling, the H1 decision point at $1.0470-1.0492 (together with H4 support at $1.0483 and H1 trendline support) might be sufficient to encourage a short-term bid back above $1.05.

The Australian dollar fell against the US dollar on Wednesday, snapping a three-day winning streak after daily flow staged a rebound from Quasimodo support at $0.6901. Upstream on the daily chart casts light on resistance at $0.7170, which happens to accommodate a 78.6% Fibonacci retracement at $0.7174 and a 38.2% Fibonacci retracement at $0.7149. Whether buyers have enough ‘oomph’ to reach the aforesaid resistances is difficult to estimate at this point. Discouraging further buying is the relative strength index (RSI); the indicator continues to explore space south of the 50.00 centreline (negative momentum). Indicator support also remains sketched in at 21.38.

Recent hours on the H1 chart observed price tunnel through $0.70, movement shining light on trendline support, taken from the low $0.6829, and Quasimodo resistance-turned support at $0.6953, followed by a head and shoulders top profit objective at $0.6934.

Chart studies suggest the H1 timeframe is likely to zero in on the head and shoulders top profit objective at $0.6934, with the possibility of also targeting $0.69 as it shares chart space with the daily timeframe’s Quasimodo support from $0.6901. As such, a short-term scene could unfold as we head into Thursday’s sessions.

Demand for the safe-haven Japanese yen weighed on the USD/JPY currency pair Wednesday, guiding the unit lower by approximately 1 per cent. Buyers have been on the ropes since price action made contact with supply at ¥131.93-131.10 on the daily timeframe, in the shape of a shooting star candlestick pattern. The obvious downside objective resides at ¥125.54, a weekly resistance-turned support level. To the upside on the weekly scale, 28th January high (2002) is evident at ¥135.16.

Across the page on the H4 timeframe, attention is on the recently formed double-top formation at ¥131.26, with a breached neckline plotted at ¥128.62. The pattern’s profit objective sits at ¥126.00, a touch north of the weekly support level underlined above at ¥125.54.

A test of the H1 timeframe’s decision point at ¥128.70-128.51 could be movement that attracts bearish attention, in light of room to navigate lower on surrounding timeframes. Alternatively, H1 price dipping under ¥128 might encourage a bearish breakout scene, targeting at least the ¥127.52 (12th May) low.

Sterling finished Wednesday on the back foot versus the US dollar after UK inflation clocked an eye-popping 9 per cent in April (y/y). Technically, price remains toying with Quasimodo support coming in at $1.2164 on the weekly timeframe, following April’s 4.3 per cent tumble. $1.2164 is a major technical level so a rebound—if only temporary—is likely anticipated by many traders. However, it’s important to remember that this market has remained entrenched within a strong downtrend since early 2021.

Meanwhile on the daily timeframe, GBP/USD snapped a three-day bullish phase ahead of the lower boundary of a bearish flag pattern formed in early May, made up between $1.2411 and $1.2614. Beyond here, a Quasimodo support-turned resistance is seen around $1.2762, whereas additional weakness draws attention to support from $1.2018. In terms of the daily timeframe’s relative strength index (RSI), bullish divergence is currently in play with the indicator poised to retest the underside of the 50.00 centreline. Bear in mind, however, that the RSI can register oversold signals for extended periods in a downward facing market.

Across the page on the H4 timeframe, recent candle action shows price rejected Quasimodo support-turned resistance at $1.2476 (accompanied by a 61.8% Fibonacci retracement at $1.2457). An absence of obvious support is evident on the H4 chart until a Quasimodo formation at $1.2186. A closer reading of price action on the H1 chart has the pair making its way beneath $1.24, in the direction of support between $1.2287 and $1.2311 (made up of two Fibonacci ratios and the $1.23 figure).

H1 support at $1.2287-1.2311 may interest short-term traders today. With that being said, a cautionary approach is likely to be adopted, as higher timeframes indicate sellers are in the driving seat for the time being. Consequently, traders might pursue additional confirmation before pulling the trigger at the aforementioned support area.