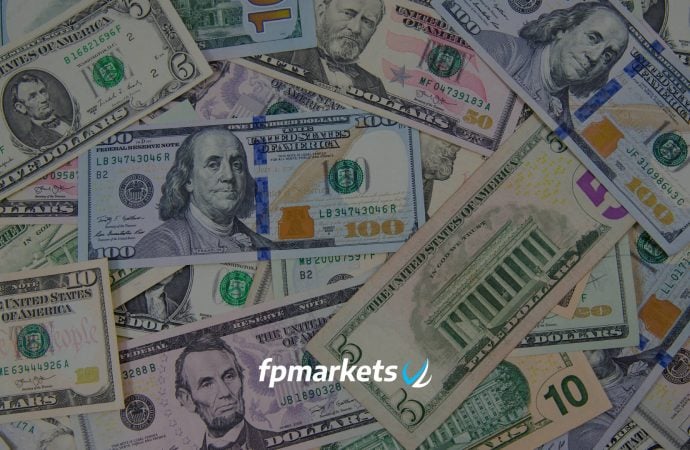 A convincing daily close out of the current pennant pattern structure might give rise to a fresh wave of selling. Breaking lower entails tipping a 78.6% Fib level at 1.0745 and ultimately competing with demand at 1.0526/1.0638, an area extended from March 2017. Sustained upside, on the other hand, may lead to a whipsaw through the pattern’s upper boundary into the 200-day simple moving average (SMA), currently circling 1.1015.

After crossing paths with trendline support (1.0635) Thursday, EUR/USD found itself attempting to regain footing, reaching highs at 1.0850 on Friday. Monday had the bulls come out swinging Monday on news Germany and France proposed joint EU debt issuance, a pivotal moment in the bloc’s history.

Recent upside saw intraday candles power through 1.0850 and 1.09, with Monday’s session pausing for breath marginally off best levels. The 100-period simple moving average has mildly turned higher in recent trading, echoing the possibility of a continuation move towards 1.0950, encased within supply from 1.0955/1.0946.

Indicator-based traders may also find use in noting the RSI trades marginally off peaks at 85.00, considered an extremely overbought reading.

On the one hand, we have monthly price showing signs of recovery out of demand from 1.0488/1.0912, with daily price displaying scope to approach higher levels. Additionally, H1 price shows promise towards 1.0950.

On the other hand, though, H4 price recently bumped into a 61.8% Fib level at 1.0921, potentially throwing a spanner in the works.

However, given monthly, daily and H1 price demonstrate the possibility of running higher, breakout buyers may be loading up, looking for 1.0950 as an initial target.

Supply at 0.6618/0.6544 remains a dominant fixture on this timeframe, though has, as of yet, been unable to deliver much in terms of downside.

Monday had the candles penetrate the upper boundary of the falling wedge pattern, with a take-profit target (yellow) set just north of current supply at 0.6595.

Shorter term action recently penetrated a falling wedge pattern, indicating additional gains could be on the horizon. With that being the case, breaking north of 0.65 has perhaps enticed breakout buying.

However, if another retest at 0.65 materialises today, this could provide a second opportunity to long this market, though do remain aware a whipsaw through the round number is also a possibility towards demand at 0.6483/0.6472 (prior supply).

Since registering a top from 109.38 at the beginning of April, USD/JPY moulded a falling wedge pattern, which had its upper limit breached early last week in strong fashion. The take-profit target out of the said pattern, traditionally measured by taking the value of the base and adding this to the breakout point (purple), sets an objective of around 109.30.

USD/JPY pencilled in modest gains Monday, helping form what appears to be a rising wedge pattern between 106.85/107.37. Notably, the lower edge of the said pattern appears to be under attack, which may be enough to entice selling towards the pattern’s take-profit target at 106.81 (yellow).

Technical structure to the upside, nonetheless, resides around supply coming in from 107.67/107.57. To the downside, price action will have to get through the 100-period simple moving average at 107.13 and the 107 handle before reaching the rising wedge’s take-profit target.

Along the same lines as Monday’s weekly technical market insight, the pair is tipped to potentially march higher this week after breaking through a daily falling wedge pattern, with the 200-day SMA at 108.23 on the radar as initial resistance.

H4 support at 106.91, and its local confluence, remains of interest, as price is buoyed 40 pips above the level. However, the recent break of the H1 rising wedge pattern may signal buyers are in trouble and could be heading back to 107ish. 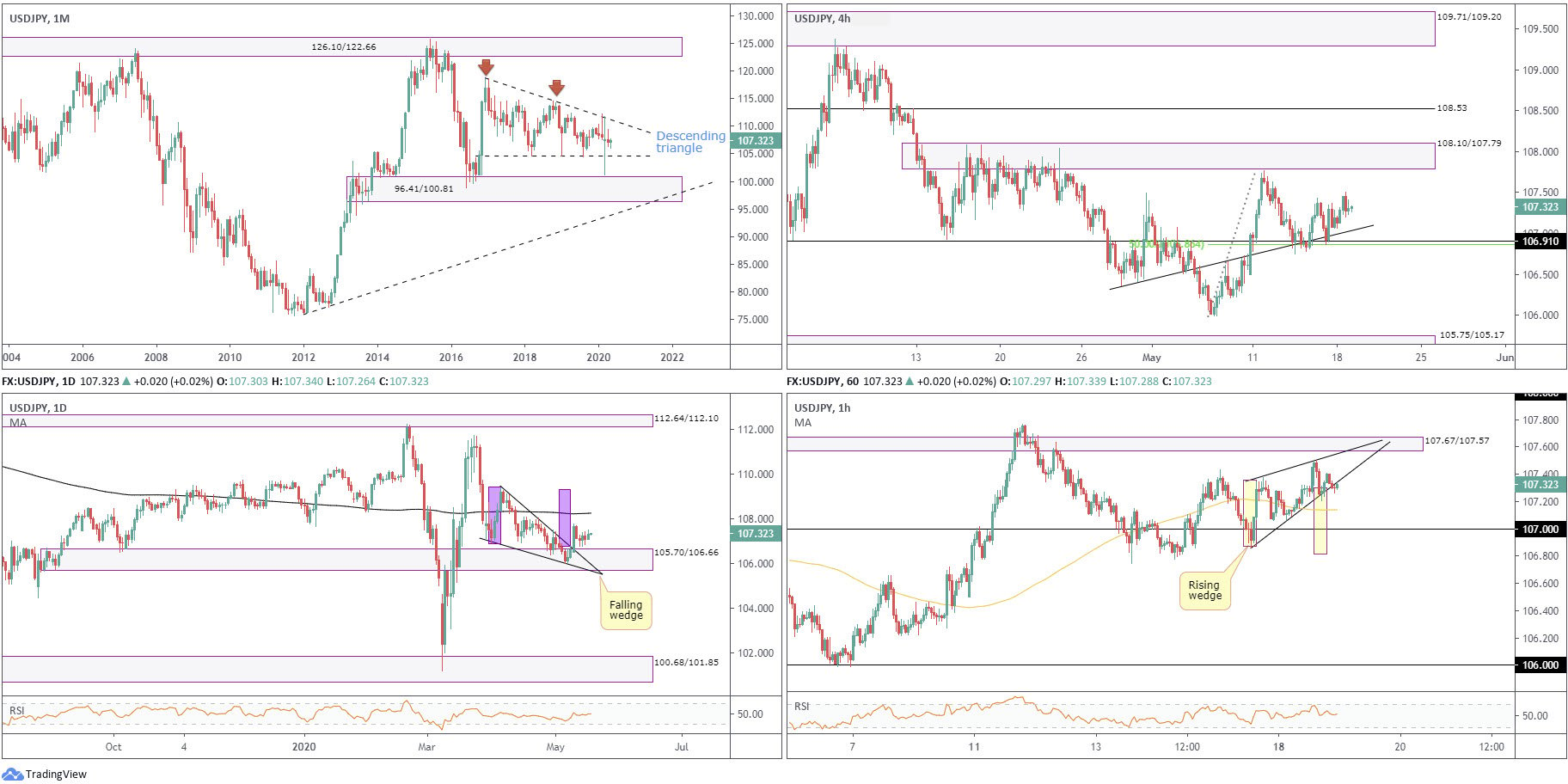 Monday, however, snapped a five-day losing streak and closed a touch off best levels, drawing the pair towards the underside of the pattern neckline at 1.2247.

Sterling caught a healthy bid against the buck Monday, reclaiming 1.21 to the upside and taking out 1.2150 and eventually channel resistance (1.2467).

Buyers appear to have the upper hand at 1.22 at the moment, establishing support off the recently penetrated channel resistance (H1). 1.2250 is a visible upside target from here, which joins closely with the daily double top neckline at 1.2247 and is positioned close by H4 channel resistance from 1.2642.

Therefore, 1.2250 rests as a potential upside target for breakout buyers north of 1.22, and also as a platform for potential selling opportunities.