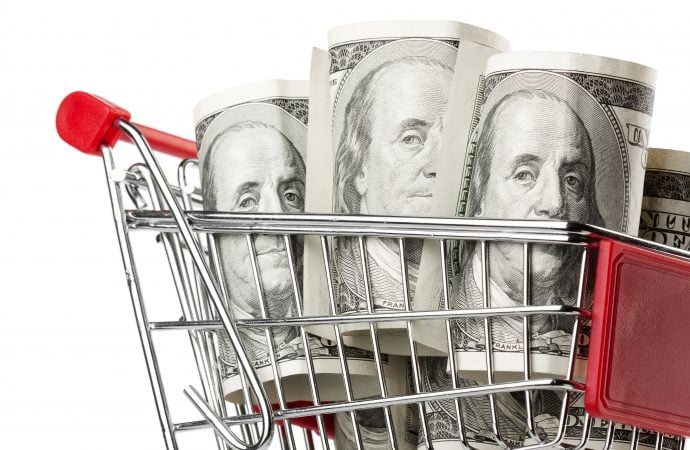 Another constructive development is the formation of a bearish pennant pattern between 1.1147/1.0635. It is also worth pointing out the 200-day simple moving average (SMA) circles the upper portion of our pennant configuration around 1.1020.

Thanks to the US dollar index, or ‘DXY’, voyaging above 100.50, EUR/USD modestly extended losses for a second straight session Thursday and greeted trendline support (1.0635) into the closing stages of the day.

Intraday action Thursday saw price action nosedive through 1.08, ripping through sell-stops and challenging demand posted at 1.0760-1.0775. This was a noted demand in recent analysis owing to the zone intersecting with H4 trendline support (1.0635).

Longer-term technical action, however, indicates interest to the downside, particularly if we break through the daily bearish flag. 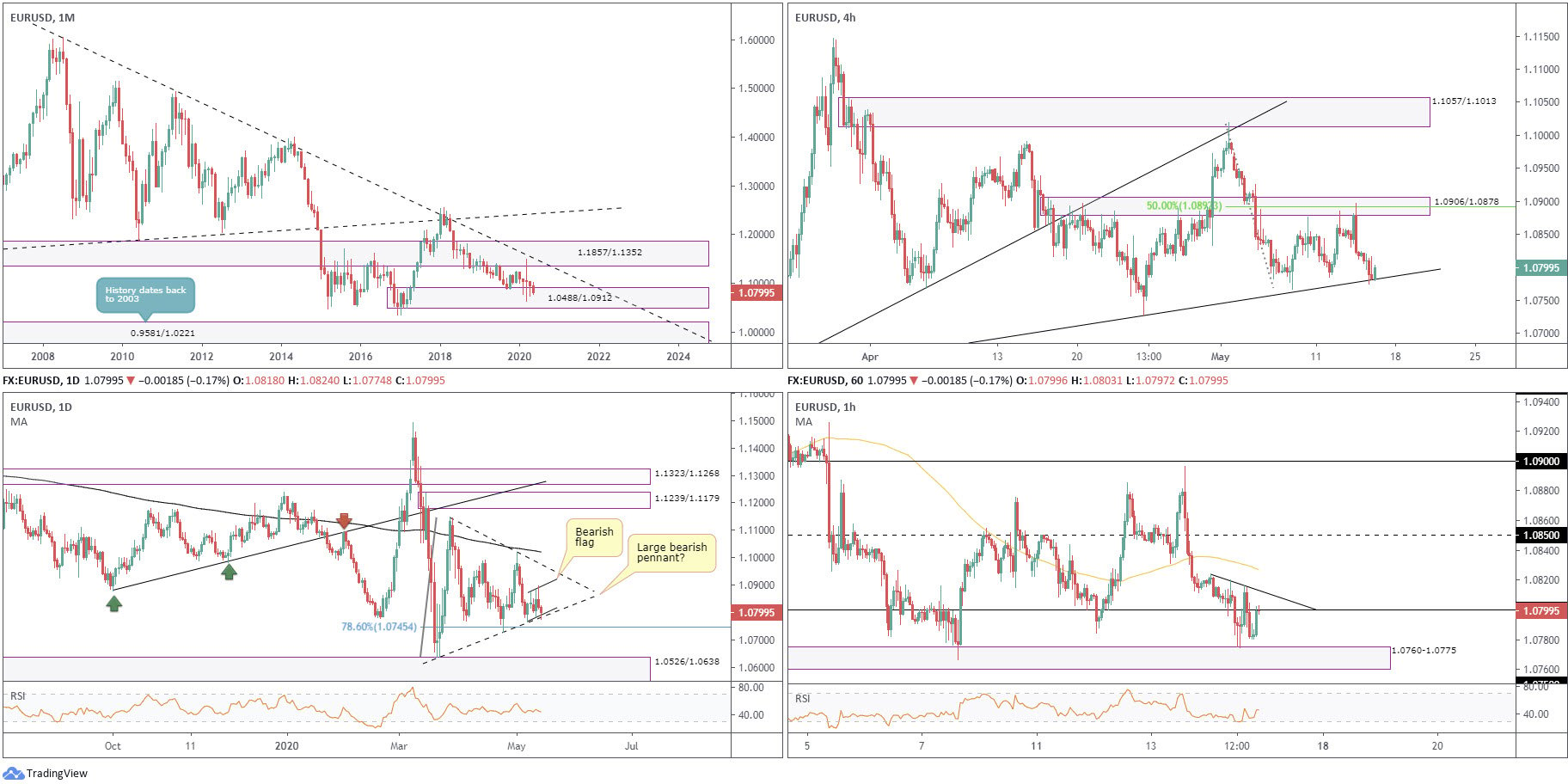 Having seen the US dollar index put in a late retreat from session highs at 100.56, AUD/USD pencilled in a spirited recovery ahead of demand at 0.6356/0.6384. Buyers face resistance nearby in the form of a trendline (prior support), with a violation throwing light on supply at 0.6581/0.6545, an area that’s capped upside since early March.

Shifting above 0.6450 on the H1 timeframe may excite intraday traders, looking for continuation moves to the H4 trendline resistance and 0.65 neighbourhood.

Other traders perhaps feel the pair is exposed to the possibility of a pullback/retest at 0.6450, before rotating higher.

The US dollar snapped a two-day losing streak against the Japanese yen Thursday, bottoming ahead of demand at 105.70/106.66.

Further upside could be in the offing, targeting the 200-day simple moving average (SMA) at 108.23.

Directly above here, traders will also note the April 6 high at 109.38 as feasible resistance.

Having seen 106.91 offer a ‘floor’, Friday will have traders watching supply at 108.10/107.79 to re-enter the fold. Note this area capped upside on a number of occasions since mid-April.

Local supply at 107.18/107.11 hampered upside on a number of occasions over the past 24 hours, though gave in to upside pressure amid US trade on Thursday, also overturning the 100-period simple moving average at 107.17.

H1 demand at 107.18/107.11 (prior supply), as well as the converging 100-period SMA, may provide support if retested today, which could, technically speaking, be enough to entice further buying.

Despite the British pound pencilling in its fourth successive losing day on Thursday, we remain toying with demand coming in from 1.2212/1.2075, an area successfully capping downside at the beginning of April. What’s also appealing from a technical perspective is Thursday closed in the form of a hammer candlestick configuration, commonly regarded as a bullish signal.

The 200-day simple moving average (SMA) at 1.2650, a value that boasts a connection to demand-turned supply at 1.2649/1.2799, positions itself as a logical upside target out of the aforementioned demand area.

With respect to the RSI indicator, we are still trekking under 50.00 right now, suggesting a bearish tone on this timeframe.

Demand at 1.2147/1.2257 is having a hard time of late as price tunnelled into its range Thursday. However, price did find the 38.2% Fib level at 1.2176 situated within the lower limits of the said area, which, as you can see, is currently providing support.

A violation of the current demand area could lay the basis for additional downside towards fresh demand found at 1.1771/1.1886.

Thursday observed a tepid dip sub 1.22 heading into US movement, bottoming a few pips ahead of 1.2150. 1.22 capped upside for the majority of the US session, though yielded ground in later hours, drawing price to highs of 1.2230 and throwing light on 1.2250 as possible resistance.

Interestingly, the RSI indicator made its way above 50.00.

Longer term, we could eventually see a recovery take shape, as both monthly support at 1.1904/1.2235 and daily demand at 1.2212/1.2075 are in motion. Note daily price also closed Thursday in the shape of a hammer candlestick pattern (bullish signal).