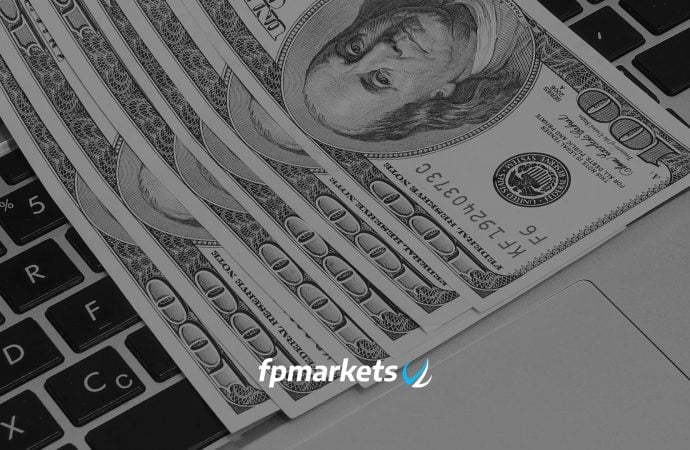 Another constructive development is the formation of a bearish pennant pattern between 1.1147/1.0635. It is also worth pointing out the 200-day simple moving average (SMA) circles the upper portion of our pennant configuration around 1.1022.

This may see price action cross paths with trendline support (1.0635).

As US banks unlocked their doors Wednesday, buyers took a back seat after nudging into channel resistance (1.0875 – this essentially marks the upper edge of the daily bearish flag). 1.0850 and the 100-period simple moving average (1.0835) offered little respite, with EUR/USD subsequently addressing lows plotted a few pips ahead of 1.08.

1.08 deserves notice on the H1 timeframe, as the round number intersects beautifully with channel support (1.0766).

However, a break through the psychological number could lead to demand (prior supply) at 1.0760-1.0775 welcoming price. Notably, this area converges with H4 trendline support (1.0635).

As the US dollar index voyaged back above 100.00, a wave of intraday selling unfolded after whipsawing through buy-stop liquidity above 0.65. Heading into Thursday’s session, buyers and sellers are seen squaring off around 0.6450. Risk of further decline is high, with demand at 0.6411/0.6423 on the radar and the 0.64 handle which aligns with trendline support (0.6372).

0.64 not only joins closely with H1 trendline support, the psychological boundary also merges closely with the 127.2% Fib ext. level at 0.6395 on the H4 timeframe.

The US dollar eked out marginal losses against the Japanese yen Wednesday, extending Tuesday’s slide from near-three-week tops at 107.76.

While this may see price embrace demand at 105.70/106.66 again, we cannot rule out the possibility of fresh upside attempts to the 200-day simple moving average (SMA) at 108.23. Directly above here, traders will also note April 6 high at 109.38 as a feasible resistance point.

US trading Wednesday had price action dip through 107 and knock into trendline support (105.99). Technically, this, along with H4 support off 106.91, was enough to rejuvenate a modest USD bid into the close, with price action settling a pip above 107. 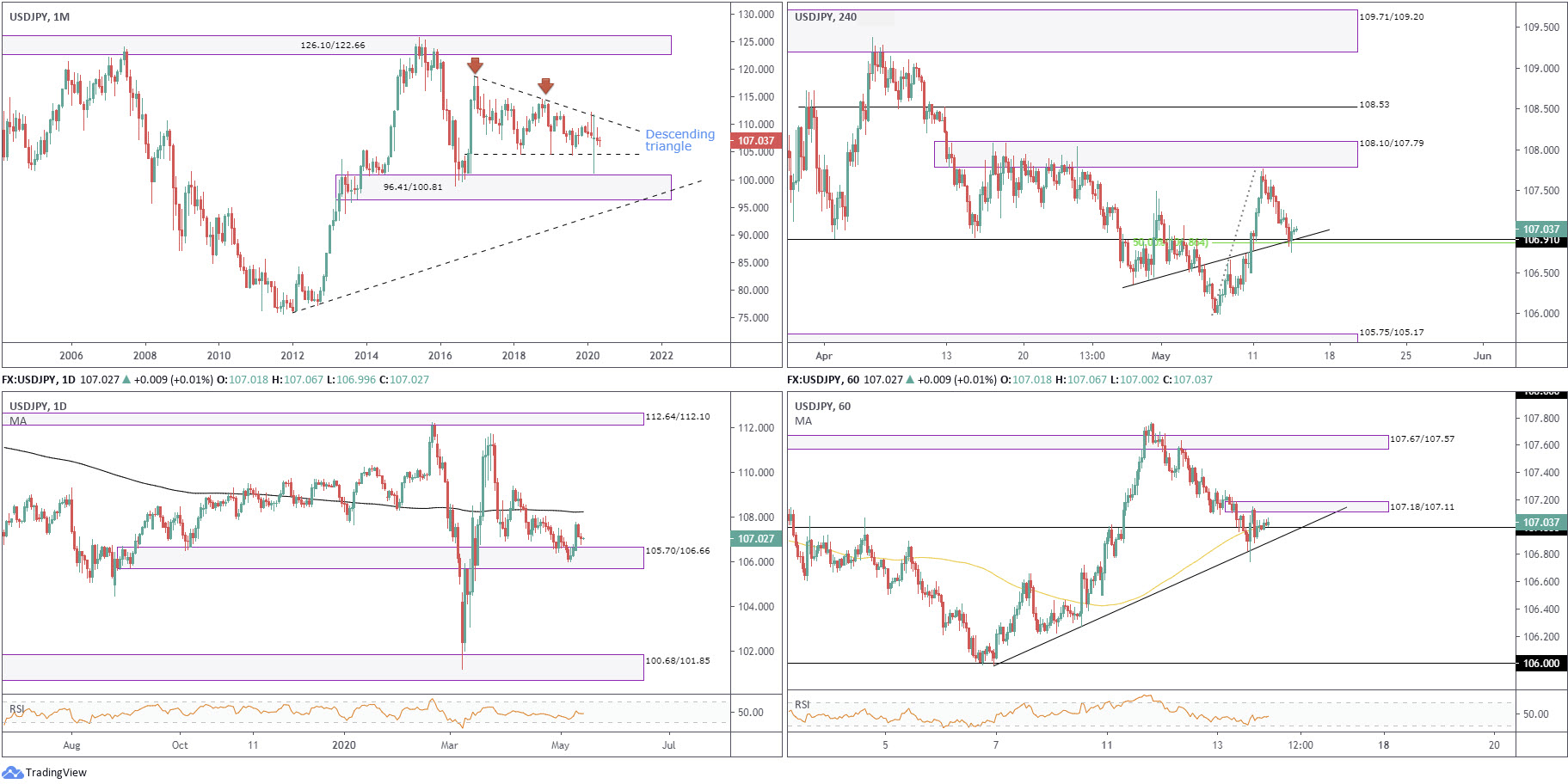 Squeezing out its third successive daily loss, sterling faces demand coming in from 1.2212/1.2075, an area successfully capping downside at the beginning of April.

With respect to the RSI indicator, we are trekking under 50.00 right now, suggesting a bearish tone on this timeframe.

Recent downside delivered the H4 candles into the parapets of demand at 1.2147/1.2257. This area has held price action higher on a number of occasions since the start of April, and comes with a 38.2% Fib level at 1.2176.

Since the beginning of the week we have been compressing within what appears to be a reasonably large falling wedge between 1.2467/1.2285. Pattern traders will also note a potential bearish flag forming between 1.2210/1.2242.

Shorter term, we have the H1 candles forming a bearish flag, which if a break lower comes to pass, 1.22 could enter play and potentially even give way. Note, take-profit targets out of bearish flags are formed by taking the preceding move and adding the value to the breakout point. However, selling the H1 bearish flag is tricky. Not only are monthly and daily timeframes displaying support, we also see H4 price chewing on demand at 1.2147/1.2257. Therefore, sellers have their work cut out for them.