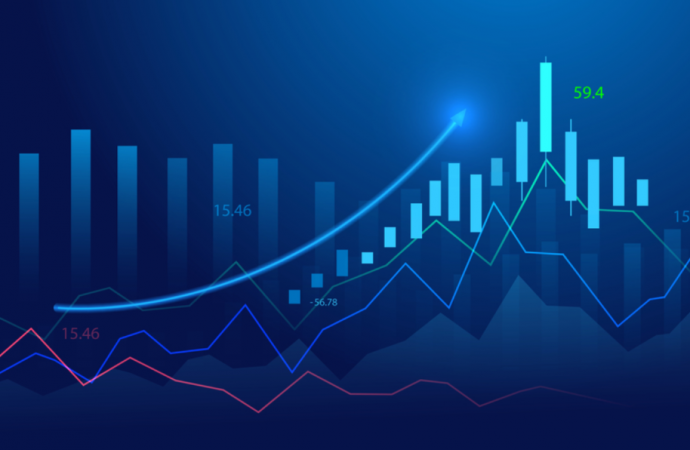 The dollar index (ticker: DXY) refreshed weekly lows on Tuesday, piercing 90.00 (albeit recovered a large portion of the day’s losses). EUR/USD action, however, remains toying with Quasimodo resistance at 1.2169.

A decisive 1.2169 rejection nudges the 1.1985 May 5th low in view, arranged just north of the 200-day simple moving average at 1.1947. Should further USD downside sponsor a EUR/USD bid, and we dethrone 1.2169, the technical radar firmly points in the direction of another Quasimodo resistance at 1.2278.

From the RSI indicator on the daily scale, the value rebounding from support at 51.36 last week, and reaching 65.00, threatens a possible visit to overbought, in particular resistance at 80.39.

As for trend, despite the 2021 retracement, the general bias remains to the upside (trending higher since early 2020).

Sellers welcomed Quasimodo resistance at 1.2180 on Tuesday and delivered lows of 1.2146 in recent hours. Yesterday’s session low at 1.2123 is on the radar, closely followed by support coming in at 1.2108. Movement above 1.2180, however, throws light on resistance around the 1.2222ish neighbourhood.

1.2135 support provided a floor for buyers to work with on Tuesday. Although three downside attempts emerged, buyers were victorious (though failed to find acceptance above local tops around 1.2177).

As you can see, a modest phase of selling took shape during US trading, emphasising a possible 1.2135 retest. Should buyers regain consciousness and take 1.2177, the 1.2200 region is perhaps next on the list, in terms of resistance.

Recent movement out of the RSI indicator shows the value shook hands with trendline support-turned resistance, taken from the low 16.20, and is now within close proximity of support at 47.50.

The flip side to this, of course, is another attempt seen to secure a bullish presence off H1 support mentioned above 1.2135, drawing impetus from not only the current uptrend, but also monthly price structure (see above).

AUD/USD derived modest bullish impetus from soft USD movement on Tuesday, despite a bout of risk aversion. As a result, Monday’s shooting star candle pattern (often interpreted as a bearish signal) has so far failed to prompt much bearish movement.

Support at 0.7816 (a resistance level breached on Friday [capped upside since early March]) calls for attention to the downside, while buyers extending gains shines light on supply at 0.8045-0.7985 (stationed just south of monthly supply mentioned above at 0.8303-0.8082).

As can be seen from the H4 chart, buyers and sellers went head-to-head north of support at 0.7816—the daily support level.

Monday led the currency pair beneath 0.7850 support, which, as you can see, delivered resistance on Tuesday.

Tuesday’s limited volatility brought about slow movement on the RSI, yet the value remained buoyed off trendline support, drawn from the low 17.40.

USD/JPY wrapped up Tuesday modestly in the red, driven amid risk aversion. Losses, however, appear to have been contained as US Treasury yields seized a bid.

The RSI indicator crossed paths with resistance at 57.00 last week and is currently flirting with space just south of the 50.00 centreline. RSI support at 28.19 can be seen within oversold territory.

Short-term flow on Tuesday, according to the H1 scale, chalked up a top a handful of pips south of 109 and subsequently printed a one-sided decline during the early hours of London.

The RSI value bottomed ahead of oversold waters in recent movement, though has yet to test the mettle of the 50.00 centreline.

May, nonetheless, trades firmly on the front foot, up by 2.4 percent MTD.

GBP/USD bulls remained in the driving seat on Tuesday (albeit with less vigour than Monday’s near-1 percent advance), movement which eclipsed resistance at 1.4003 (now labelled support).

In line with the RSI value closing in on overbought space, price action is seen within striking distance of Quasimodo resistance at 1.4250. This level, therefore, could put a cap on upside.

Technical structure on the H4 scale shines the spotlight on 1.4162 resistance, a level welcoming sellers on Tuesday. Above here, technical studies reveal limited resistance until around daily Quasimodo resistance underlined above at 1.4250.

Thanks to recent outperformance, Quasimodo resistance calls for attention at 1.4176, sheltered under the 1.42 figure. Lower on the curve, 1.41 may prompt support, yet a break here could signal moves back to the 1.40ish area.

Movement from the RSI value shows we remain pointing to the downside, in terms of momentum. A 50.00 centreline cross—action indicating a weakening trend—could have oversold space tested, in particular support at 12.22.

The monthly timeframe shows a trendline resistance breach occurred late 2020. Should the 1.4376 top move aside, longer-term buying may become a key theme in this market. On the daily timeframe, scope to advance is seen until crossing swords with Quasimodo resistance at 1.4250.

With the above, H4 resistance at 1.4162 may be fragile, though bearish flow derived from this region could be enough to push for a 1.41 retest on the H1, movement that may draw in bullish interest. Breaking 1.4162, before connecting with 1.41, however, might also unlock short-term breakout buying towards 1.42 (H1) and perhaps 1.4250 Quasimodo resistance on the daily.