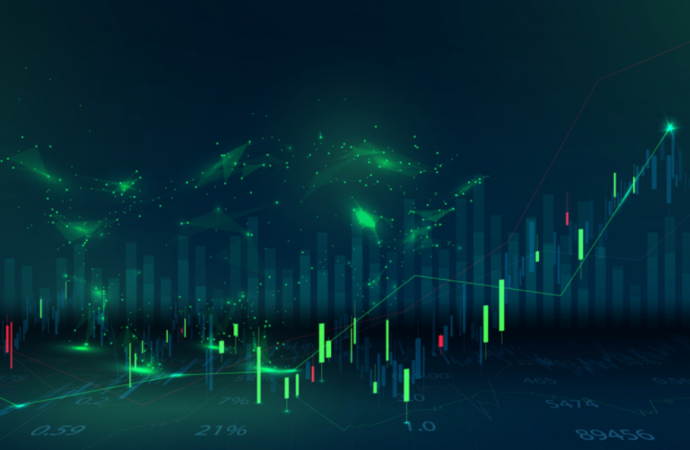 Monday had the US dollar index (ticker: DXY) spike to lows just north of the 90.00 figure—levels not seen since February 25th—following Friday’s dismal US employment situation report. EUR/USD movement recently touched gloves with Quasimodo resistance at 1.2169 and pencilled in modest losses.

From the RSI indicator on the daily scale, traders will note the value rebounded from support at 51.36 last week and clocked 65.00ish. This threatens a possible visit to overbought, in particular resistance at 80.39.

As for trend, despite the 2021 retracement, the general bias remains to the upside.

Support at 1.2108 will demand attention should a downside move emerge, a level which essentially shelters an interesting demand base coming in at 1.2044-1.2071. Note this area, according to the H4 timeframe, represents a decision point to break through not only 1.2108, but also the 1.2150 top (April 29).

For those who read Monday’s technical briefing you may recall the following points (italics):

Clearance of Quasimodo resistance at 1.2135 (now labelled support) on Friday—and having noted limited active (potentially consumed) supply to the left of price (see late February)—could have the 1.22 figure call for attention this week. Price action traders will also note supply at 1.2239-1.2216 shelters the aforementioned round number (not visible on the chart).

However, before climbing to the 1.22 zone, traders are urged to pencil in the possibility of a 1.2135 retest.

The above analysis remains valid on the H1 timeframe as we move into Tuesday’s session.

Out of the RSI, however, recent moves sliced through trendline support, taken from the low 16.20, and is now within touching distance of support at 47.50.

The vibe out of the monthly timeframe shows price extending recovery gains from demand at 1.1857-1.1352, consequently placing a question mark on the daily timeframe’s Quasimodo resistance at 1.2169.

With the daily timeframe’s Quasimodo unlikely to deliver much to write home about, a retest of H1 support at 1.2135 is a bullish theme that could unfold and attract dip-buyers. Upside targets from this area are seen at H4 Quasimodo resistance from 1.2180, followed by the 1.22 figure on the H1 and nearby H1 supply at 1.2239-1.2216.

AUD/USD wrapped up Monday considerably off best levels—multi-month tops at 0.7890—and established what many traders will recognise as a shooting star candle pattern (often interpreted as a bearish signal).

Voyaging lower on the back of the recent candle formation could have price action drop in on (retest) support at 0.7816 (a resistance level breached on Friday [capped upside since early March]). Should buyers regain consciousness, the pendulum swings firmly in favour of a run to supply from 0.8045-0.7985 (stationed just south of monthly supply mentioned above at 0.8303-0.8082).

A somewhat spirited reversal moulded itself ahead of resistance at 0.7899 on Monday (many will refer to this formation as a pivot high—lower highs either side of the pivot high point [0.7890]). Sustained downside on this chart throws light on support at 0.7816, a daily level positioned just above demand at 0.7759-0.7791 (decision point to break resistance at 0.7816 [now labelled support]).

Based on the H1 chart’s technical framework, we can see the unit went head-to-head with resistance at 0.7891 yesterday (previous Quasimodo support), fixed just under the 0.79 level. Subsequent selling led price through 0.7850 support, movement highlighting a possible dip back to 0.78 (and neighbouring demand at 0.7775-0.7787 as well as the 100-period simple moving average).

As a result of Monday’s bearish setting, the RSI threw itself through the 50.00 centreline (a bearish cue) into trendline support, drawn from the low 17.40.

Having H1 tunnel through 0.7850 support in recent hours, this—alongside the daily and H4 picture displaying scope to approach daily support at 0.7816—suggests further weakness could be on the cards in the short term. As such, a 0.7850 retest on the H1 may invite sellers into the market today.

The technical picture on the daily timeframe, despite monthly action attempting to cement some form of support (see above), is sandwiched between supply at 109.97-109.18 and trendline support, extended from the low 102.59.

The RSI indicator crossed paths with resistance at 57.00 last week and is currently flirting with the 50.00 centreline. If a break of 50.00 comes to pass, RSI support at 28.19 is seen.

Unseating the aforementioned support area emphasises continuation selling to support priced in at 107.44 (dovetails with a 1.272% Fib projection at 107.41).

109 made an entrance heading into the early hours of London on Monday, welcoming a bearish theme to lows at 108.65.

The RSI value is seen engaging the lower side of the 50.00 centreline, a base sheltered under an RSI resistance area from 69.26-61.80.

109 on the H1, together with H1 trendline resistance and the nearby 100-period SMA, offers an area of resistance to be mindful of. Couple this with H4 resistance at 108.99 and the lower side of daily supply at 109.18, we could have sellers attempt to make another appearance should 109 be retested.